So far, the home team has not let up in this opening-round Western Conference series between the Dallas Stars and Minnesota Wild. Tonight, Game 4 is set to commence at the Xcel Energy Center, and it’ll be quite intriguing to see if that will be the case again. Will the Wild even things up? Or will the Stars take a commanding 3-1 lead?

Read on further for more about this matchup. And while you’re at it check out preview of another crucial first-round bout between the Islanders and Panthers.

Betting on the Minnesota Wild

Minnesota’s got to be feeling really good about their performance in Game 3. The Wild remained firm despite a slow start to eventually seize the much-needed 5-3 victory. That re-established confidence could play a crucial role in tonight’s Game 4, and ultimately help them travel back to Dallas with the series all tied at two games apiece.

Speaking of which, look for Jason Pominville to try to pick up from where he left off in Game 3. He came out huge for the Wild, as he scored two goals along with an assist. Pominville, however, is not really known for his offensive prowess, so it’s hard to count on him too much.

That said, the Wild desperately need Mikko Koivu, Charlie Coyle and Nino Niederreiter to wake up from their slumber. They’ve been the team’s most reliable offensive threats, as they’ve combined for a total of 141 points in the regular season.

Koivu leads the team in points (56), but has gone scoreless in his last five playoff games. Coyle and Niederreiter, meanwhile, have not scored a goal throughout this first-round series against Dallas.

As for the defense, expect Devan Dubnyk to start again. He turned aside 14 of 17 shots in Game 3, and ended a six-game losing streak. Dubnyk is 1-6-0 with a 2.83 GAA and .883 save percentage in his previous eight games.

Betting on the Dallas Stars 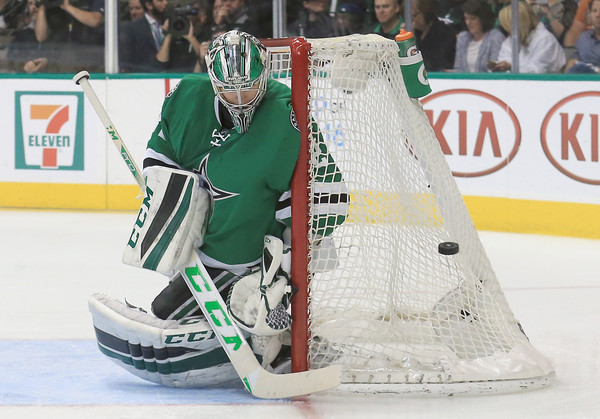 In the beginning of Game 3, it seemed like that the series was already over. The Stars put themselves in front with two early goals from Patrick Sharp. But apparently, Minnesota had no plans of going silent into the night, as it surged back to eventually took the game at the end of regulation with the final score of 5-3.

Yes, this is going to be one heck of a series, and Dallas coach Lindy Ruff better get his boys ready for tonight’s pivotal Game 4. And needless to say, the onus is on goalie Kari Lehtonen, who allowed four goals on 24 shots in Game 3, to bounce back.

On offense, expect the Stars to continue leaning on Sharp and Jamie Benn to get things going. The two have scored two goals apiece in the first two games and Benn, in particular, owns a series-high of five points (two goals, three helpers).

Create a betting account now and cash in on all the exciting action in 2016 NHL Playoffs.