From Seattle all the way to Baltimore, we’ve perused the MLB schedule for today so you don’t have to. Read on for the five best MLB games to bet on tonight.

If you’re into divisional leaders battling it out for supremacy, the AL West has you covered: the Oakland Athletics and the L.A. Angels take the field tonight, which made our Best Games to Bet On Today in all of sports. Meanwhile, one of AL East’s bottom teams in the Boston Red Sox will test their mettle against one of the division’s leaders, the Baltimore Orioles.

To take advantage of all the great games we’re previewing below, create a betting account now and cash in on all the action on the baseball schedule.

[sc:MLB240banner ]The Tampa Bay Rays have won only once in the last 13 games. On the other hand, the Seattle Mariners have won seven of eight with reliable offense and pitching. They hit .283 scoring 4.75 runs per game while limiting their opponents’ to hitting .207 and a 2.15 ERA over that stretch.

Writer’s Prediction: Seattle continues its hot streak by adding another win over the Rays.

The Boston Red Sox will end a nine-game road trip with a three-game series with the Baltimore Orioles. The Red Sox have won only one of their six games on the road thus far. Starting for Boston will be Jake Peavy (1-3, 4.72 ERA), who has allowed 44 hits in 30 2/3 innings over his last five starts. Meanwhile, the Orioles are coming off a rough series against the Oakland Athletics, including being trounced 11-1 in their last game.

Writer’s Prediction: The Red Sox’ rough road trip continues with a loss to the Orioles. 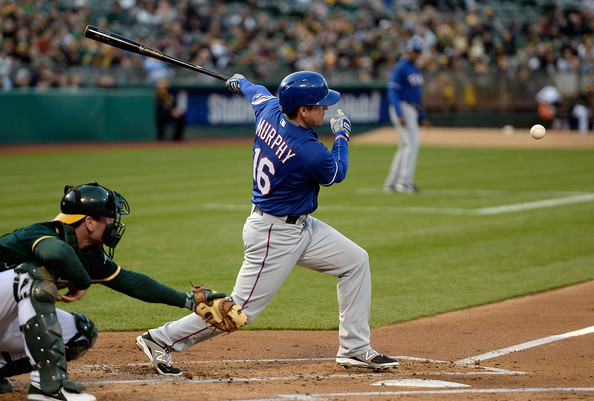 In the American League, the Texas Rangers are second to the last team in pitching. This will come into play when they meet AL’s fifth-best hitting team, the Cleveland Indians. In a sick twist of fate, the already injury-laden Rangers team lost Mitch Moreland to ankle problems. The Rangers will slot in Donnie Murphy and his .220 average against the Indians in the fourth game of their series.

The Indians are red hot, having won nine of their last 10.

Writer’s Prediction: The Indians will use their trusty batting to take the fourth game from the Rangers.

Writer’s Prediction: The Yankees will split the series with the Royals with a win in the fourth game.

In a series clash between the top two teams in AL West last week, the Oakland Athletics pulled further away from the Los Angeles Angels in a three-game sweep. Now returning the visit, circumstances seem to favor the A’s ahead of their three-game series in the Angels’ ballpark. Starting for the Angels is right-hander Garrett Richards, who has gone 0-3 with a 7.50 ERA in six starts—all losing efforts—against the A’s in his career.

Writer’s Prediction: The Oakland Athletics will take another win over the L.A. Angels.