It’s going to be an electrifying Fall Classic ahead with the surging New York Mets fresh off an NLCS sweep of the Chicago Cubs and last year’s runners-up the Kansas City Royals. An intriguing matchup is on the cards as the stellar pitching of the Mets attempts to cool down the Royals’ workman-like batting. Which side are you in this World Series? Read on as we break down each game of the series below.

To get you started heading into the World Series, check out our complete Game 1 breakdown here. And if you’re looking to get set for No-Shave November, get some ideas with our feature on the 10 Best Bears in the MLB Postseason. 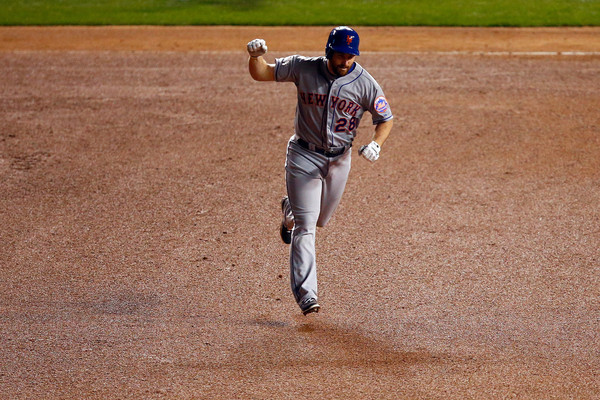 The Mets thrive off pitching. They put one of their aces in Matt Harvey (2-0, 2.84 ERA) on the mound to start Game 1 of the World Series. Harvey has been serviceable in two starts this postseason, allowing just four earned runs with 16 strikeouts in 12.2 innings. He’s allowed one home run in a 4-2 win against the Chicago Cubs for his most recent start.

[sc:MLB240banner ]The Mets aren’t all about pitching, though. Daniel Murphy has added a degree of power at the plate. Despite hitting just 14 homers in the regular season, Murphy set the MLB postseason record of six consecutive playoff games with a homer. He’s homered against the likes of Clayton Kershaw, Zack Greinke, Jon Lester and Jake Arrieta.

Murphy could be hot against a hittable Edinson Volquez (2-1, 4.32 ERA). Volquez was hammered in his last outing, allowing five earned runs on three hits (including a homer) in five innings of a 7-1 loss to Toronto. He’s struggled with his control, walking four in each of his three starts in the playoffs.

Writer’s prediction: The Mets (-110) take Game 1 as Murphy adds another homer to extend his  streak to seven games. 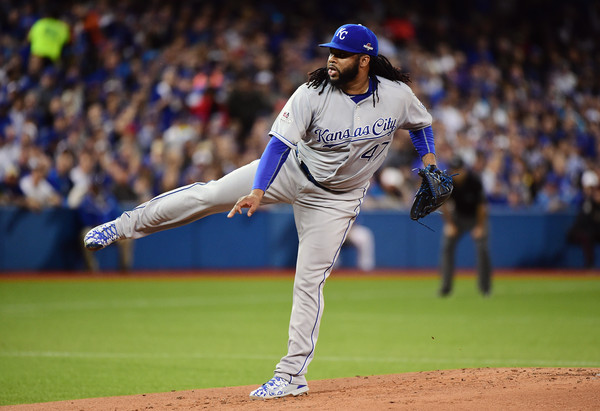 Jacob deGrom (3-0, 1.80 ERA) has easily been the best pitcher this postseason. He’s won his three starts with one shutout, allowing just four earned runs in 20 innings. deGrom has struck out 27. deGrom will be in quite a pitchers’ duel in Game 2, if Kansas City’s Johnny Cueto (1-1, 7.88 ERA) can step up his game after allowing eight earned runs on six hits in just two innings of an 11-8 loss to Toronto. But Cueto has been pretty solid at home, going 1-0 with a 2.57 ERA in two starts.

Kansas City ace Yordano Ventura (0-1, 5.09 ERA) takes the mound when the series shifts to New York. Ventura started the postseason off on a bad note, allowing three earned runs in each of his first three starts. But he was solid in his latest outing, allowing just one earned run in 5.1 innings against Toronto.

The Mets have a pretty reliable pitcher themselves in Noah Syndergaard (1-1, 2.77 ERA) starting Game 3. He allowed just one earned run in 5.2 innings in his lone home start this postseason. 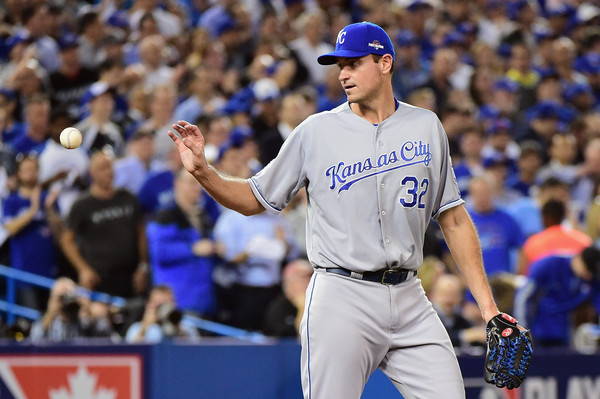 Youngster Steven Matz (0-1, 3.72 ERA) gets the nod for Game 4 of the World Series. He struggled in his first career postseason start at home against the Dodgers, allowing three earned runs on six hits in five innings of a 3-1 loss. But he managed to shake off some of the rust, allowing just one earned run in an 8-3 victory against Chicago.

Kansas City counters with Chris Young (0-0, 3.12 ERA), who’s allowed three earned runs on 8.2 innings in two starts this season. Young was pretty solid on the road in the regular season, going 5-2 with a 2.52 ERA in nine starts.

Writer’s prediction: The Mets take another thriller in an all-important Game 4 to move one win away from winning the World Series.

Matt Harvey returns to the mound to start Game 5, should the series extend past Game 4. He’ll also be available in the bullpen for a possible winner-takes-all Game 7. The Royals could also start Edinson Volquez in this game. Volquez started Games 1 and 5 of the ALCS. He won Game 1 at home in a shutout 5-0 victory, but allowed five earned runs in just five innings in a 7-1 loss on the road.

Writer’s prediction: The Mets win their first World Series title since doing so in 1986.

Create a betting account now and win big on this year’s Fall Classic. 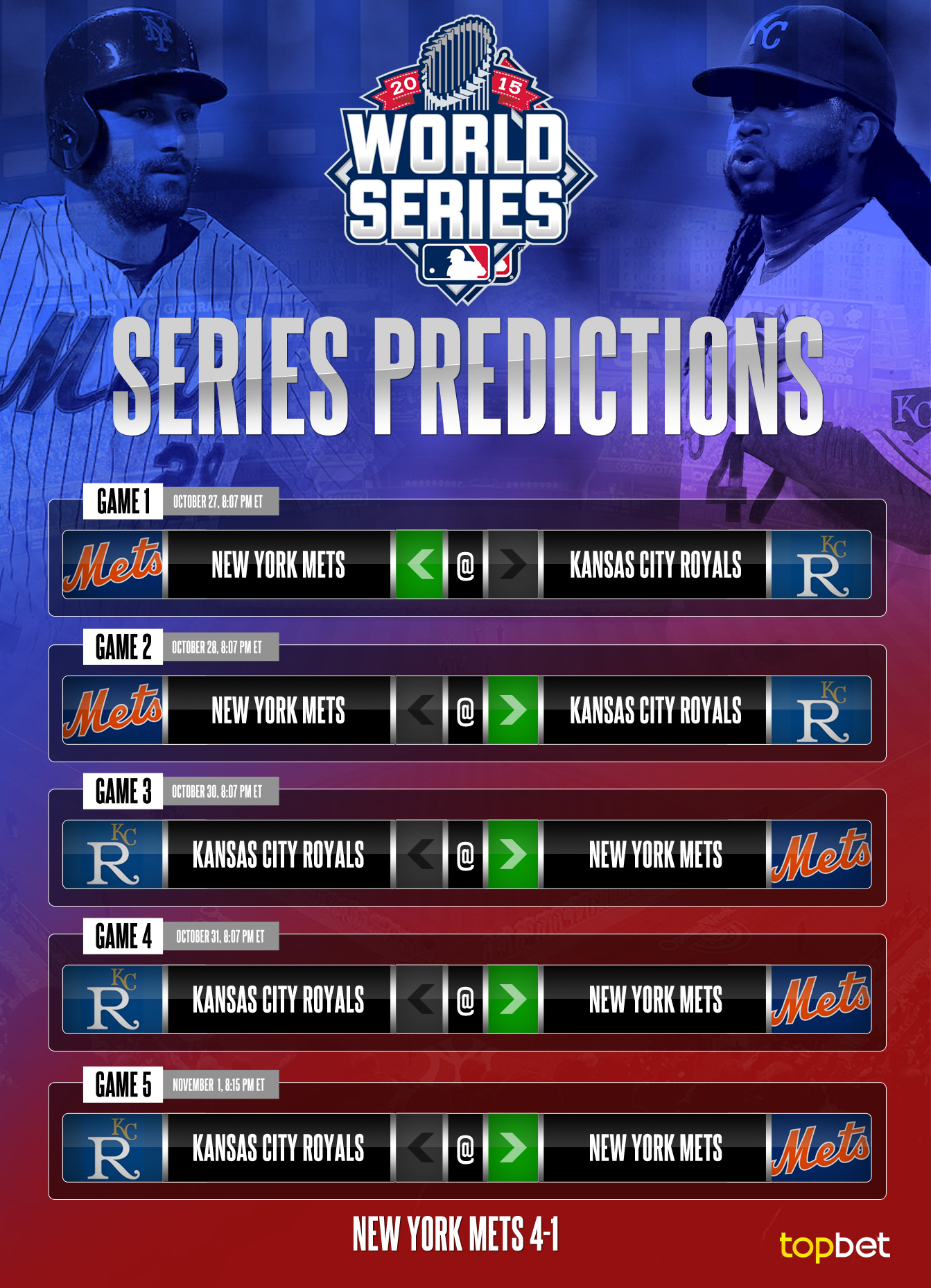