The Montreal Canadiens and the Boston Bruins continue their bruising battle on Saturday for Game 2 of the Eastern Conference semifinals. Can the Canadiens put Boston in a 0-2 hole or will the Bruins bring the series back to square one?

As we discussed in our compilation of NHL experts’ playoff predictions, we’ve believed since day 1 that the Canadiens may be the one team in these playoffs capable of beating the Bruins. To bet on the Habs (or any other team), create a betting account in moments and get into the action with the betting preview below.

Betting on the Montreal Canadiens

Not even a long layoff has dampened the offense of the Montreal Canadiens. After thrashing the Tampa Bay Lightning in four games in the first round, wherein they tallied 16 goals, the Canadiens then proceeded to brush aside the vaunted goaltending of the Boston Bruins. They are now 5-0 in their last five trips to Beantown.

With a league-best average of 4 goals per game, Canadiens’ games haven’t gone under the total since the playoffs began. Making the Canadiens’ Game 1 victory even more impressive was the fact that they were outshot by Boston by a big margin, 33-51.

The Canadiens, however, must play better defense, especially in the third period; they are second among playoff teams in third-period goals allowed with nine, and they’ve played substantially fewer games than most teams. Montreal was ahead 2-0 in the third period of Game 1, but let the Bruins score three goals to send the game into overtime. 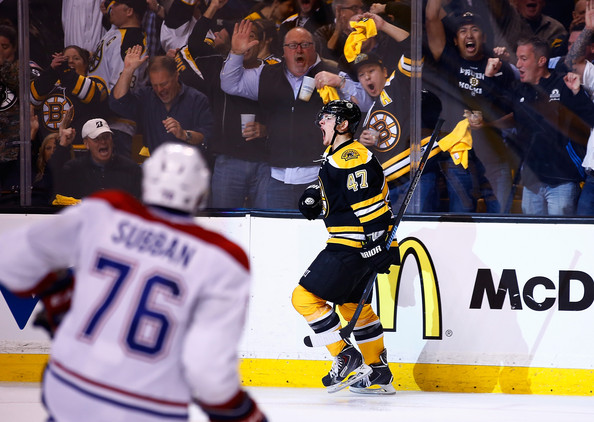 Just like in the first round against the Detroit Red Wings, the Bruins were beaten at home in the series opener.

Boston hasn’t lost back-to-back at home in its last 20 games at TD Garden, which puts the Bruins in a good position to knot the series on Saturday. In order to do that, the Bruins’ special teams should need to bring an extra effort on the penalty kill, given the offensive prowess of the Canadiens.

After limiting Detroit to just two power play goals in five games, Boston allowed the Canadiens to score twice on the man advantage, including P.K. Subban’s game winner in the second overtime.

The Bruins will see their offense continuing where it left off in the third period of Game 1 and even the series. Take Boston at -210 on Saturday.