The college football season is just around the corner, and it’s time to weigh in on how the top conferences in the land shake out. Today we preview an intriguing mid-major: The Mid-American Conference.

Although the Mid-American Conference failed to send any of its schools to a bowl game last season, it still is one of the best mid-majors in the FBS. Will any of its members surprisingly thrust themselves into a spot in the first-ever College Football Playoffs? While that remains to be see, you can read a detailed preview of the conference below and check out our complete 2014-2015 college football predictions to get into all the action.

[sc:NCAA240banner ]The Northern Illinois Huskies were a win away from a BCS bowl appearance last season, but the Bowling Green Falcons had other things in mind and beat the Huskies in the MAC Championship Game, 47-27.

The Huskies were the MAC’s best bet to play in a BCS bowl, carrying an undefeated 8-0 SU record in the conference and a 12-2 SU slate overall. But the loss to the Falcons relegated NIU to playing in the San Diego Country Credit Union Poinsettia Bowl, where they lost to Utah State, 21-14.

Despite not sending a team to a BCS bowl, the conference was well-represented in the headlines late in the season, thanks to the impressive play of two of its biggest stars: NIU’s Jordan Lynch and Buffalo’s Khalil Mack.

Lynch was a Heisman Trophy finalist having recorded 1,920 rushing yards (second only to Andre Williams in the FBS) as a quarterback, while linebacker Khalil Mack turned heads of many NFL scouts with his strong play on the defensive line, and was eventually drafted in the top five of the NFL Draft.

Building on its success last year, Bowling Green is set to start the next season as the team to beat in the conference. The defending champs are priced at +125 to retain their title.

The Falcons will be under the leadership of new head coach Dino Babers. Babers was a part of Art Briles’ coaching staff at Baylor, which means offense is his forte. He’ll have the right pieces to work with in his first year at Bowling Green.

Babers will be pleased to know that the Falcons offense is being orchestrated by Matt Johnson, who is as adept in using his arms as he is with his legs. If Babers wants to turn the Falcons into the MAC’s version of the Baylor Bears, then Johnson is going to be his Bryce Petty, which is saying something given that the Bears finished last season as the No. 1 scoring team in the nation. Johnson finished last season with 3,467 yards passing and 456 yards rushing.

Last season, Bowling Green ranked fifth in the FBS on defense, holding down opponents to 15.9 PPG. Although the team lost some players, the new ones and those left behind appear to be up to the task to keep the Falcons’ defense up to par.

Create a betting account now and get yourself set for what should be another fantastic season of action in college football. 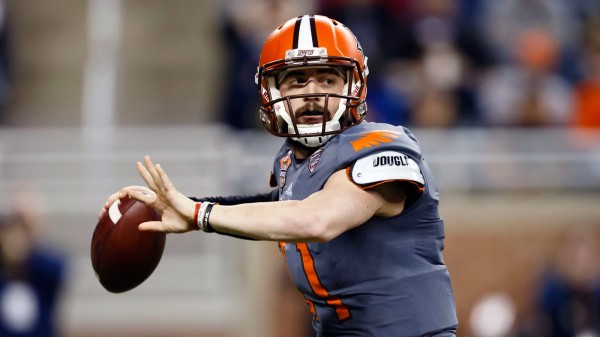 After working with Robert Griffin III at Baylor, Babers jumped ship to Eastern Illinois, where he took recent New England Patriots draftee, Jimmy Garoppolo, under his wing. Both quarterbacks had significant success in the college ranks, and with a proven track record, it’s not a stretch to think that Babers is about to turn Matt Johnson into a definitive star in the conference.

If the Falcons are to finish strong this season, they must hurdle Ball State in the last game of their respective schedules. The Cardinals represented the MAC in the recent GoDaddy Bowl, and nearly beat the Sun Belt’s Arkansas State Red Wolves, 23-20.