Ahh, the NFC South… Remember last year when the Carolina Panthers won the division with a losing record (and a tie to boot)?

This season, thankfully, the division won’t have to suffer from mediocrity any longer with all the roster improvements that each of the four teams has made over the offseason. And as luck would have it (or in this case, as the division would have Andrew Luck himself on the opposite end of the field), the scheduling gods threw the NFC South a bone by pitting them against another weak division from the opposite conference in the AFC South.

Read on as we examine the probable win totals for each team from a division that underachieved the previous season. And while you’re at it, check out our previews for the other National Football Conference divisions in the NFC North and the NFC East.

It wasn’t pretty, but the Carolina Panthers managed to win their division last season by reeling off four-straight wins, including a winner-take-all Week 17 matchup against the Atlanta Falcons for the division crown.

[sc:NFL240banner ]Part of Carolina’s success in that four-game span was its defense. Anchored by standout linebacker Luke Kuechly, the Panthers only allowed a little over ten points per game during their four-game winning streak to cap off the regular season.

Heading into this season, the Panthers bolstered their already stellar corps of linebackers by drafting Shaq Thompson in the first round. They now have Kuechly, Thompson and Thomas Davis as a formidable midfield lineup on defense.

The Panthers offense is no laughing matter either. Cam Newton continues to develop for the better as both an accurate and mobile quarterback, while tight end Greg Olsen and wide receiver Kelvin Benjamin – who both had over 1,000 yards receiving last year – lead the Panthers’ balanced offensive attack.

Apart from a brutal four-game stretch after the bye in Week 5 (at Seattle for Week 6 followed by home games against Philadelphia, Indianapolis and Green Bay), the rest of the season’s schedule looks rather manageable. They can easily win the first four games of the year before the bye, as all four teams were below the .500 mark last season beginning with a Week 1 date against Jacksonville.

After a disappointing 7-9 record, it seems as if the New Orleans Saints are leaning towards a different offensive philosophy this year to shake things up.

New Orleans lost critical weapons in their star tight end Jimmy Graham and capable wideout Kenny Stills during the offseason, but reloaded on the offensive line instead by getting center Max Unger from Seattle in exchange for Graham, and drafted tackle Andrus Peat with their first pick of the draft.

By focusing on upgrades in the trenches this offseason, New Orleans will likely go to a more run-heavy offense than what we’ve been accustomed to. 2009 Heisman trophy winner Mark Ingram should be ecstatic to have more lanes to run through while sharing touches with C.J. Spiller. And of course, Drew Brees will still put up monstrous numbers regardless of who’s on the receiving end of his passes.

While the offensive reconfiguration looks promising, the defense saw little improvement. Getting cornerback and two-time Super Bowl champion Brandon Browner is fine and all, but they could have made more moves to improve other aspects of the defense, especially against the run. The Saints were the second-worst team in yards allowed last season, and fourth-worst in rushing yards surrendered.

With a revamped offense and a questionable defense, the Saints might be going through a transitional period this season, and nine wins seems like a stretch considering that the other teams in their division made much more significant moves.

Create a betting account now to bet on your favorite team from the AFC South and the rest of the league. 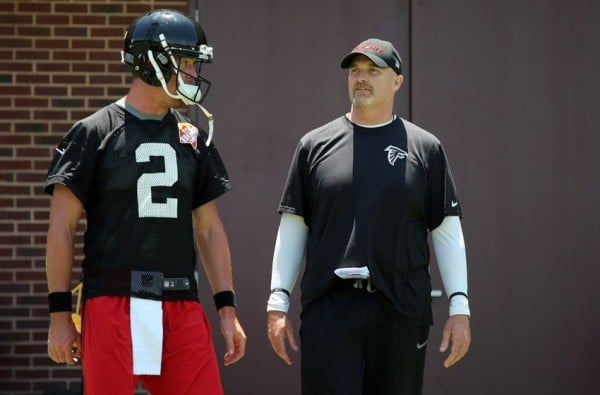 Speaking of bad defenses, it was the Atlanta Falcons who had the league’s worst defense overall last season – just two yards short of surrendering an average of 400 yards per game.

That’s all about to change with the hiring of a new head coach in Dan Quinn. Quinn was Seattle’s defensive coordinator prior to this season and the mastermind behind one of the most fearful defensive units in recent memory. He made quick work of improving Atlanta’s defensive unit by drafting big-name linebacker Vic Beasley with the eighth overall pick of the draft, and a talented cornerback in Jalen Collins in the second round.

Having Matt Ryan under center solves any issues the Falcons may have on the offense. The three-time Pro Bowl quarterback looks poised for his fifth consecutive 4,000-yard passing season, especially with the outstanding tandem of Julio Jones and Roddy White streaking all over the field yet again.

And if there’s any indication that the Falcons will have a better record this season, it’s that they’ve gotten the better of their division rivals the previous year. Five of their six wins from last season were against teams from the NFC South, and lost just once (albeit that it was against the Panthers in the Week 17 showdown for the NFC South title).

However, the Falcons need to get off on the right foot for the first three weeks of the new season as they up against the high-powered offenses of Philadelphia, New York and Dallas from the NFC East. These three games will be an early gauge of just how much or how little their defense has improved.

What’s crucial for the Tampa Bay Buccaneers this season is neither winning the division nor making the playoffs altogether. They’ve just acquired the best quarterback in the draft in Jameis Winston with their number one overall pick, and his development as the cornerstone of the franchise has got to make positive strides.

Aiding Winston and the Bucs’ cause is the pair of towering receivers waiting to catch passes from the 2013 Heisman Trophy winner. Veteran Vincent Jackson and emerging star Mike Evans – both standing at six feet, five inches tall – are capable wideouts that complement Winston’s strengths in the passing game.

Tampa Bay also shored up their offensive line by drafting two linemen in the second round after Winston. Apart from the O-line upgrade, running back Doug Martin is also in a contract year, so you can bet that he’ll want to put up huge numbers. In turn, Martin will also be able to take some of the pressure away from Winston and the Bucs’ passing game.

Buccaneers fans should be singing a different tune this upcoming season after their team failed to tally a win on their home field last season. The first win at Raymond James Stadium in over a year could come as early as Week 1 against Tennessee, or in Week 5 against Jacksonville. Look out for Weeks 9 through 12, though; New York, Dallas, Philadelphia and Indianapolis in that succession will likely deflate any momentum they would have built during the relatively weaker first half of the season.

Atlanta wins the NFC South crown with an 11-5 record. Carolina misses out on the playoffs with a 9-7 record, followed by New Orleans at 8-8. Tampa Bay caps off their developmental season with a record of 5-11.