The Dallas Cowboys were a surprise playoff team last season after winning NFC East. They’ll be without one star in running back DeMarco Murray in an attempt to defend their division title. Murray, meanwhile, will play for the Cowboys’ biggest threat in the division in the Philadelphia Eagles.

The Eagles and the Cowboys aren’t the only ones in contention for the divisional title. The New York Giants return with arguably one of the best passing offenses in the upcoming season, while a retooled Washington Redskins led by Robert Griffin III attempt to shake up the division.

Read on for everything you need to know in the NFC East in the coming season. Want some more NFC action? Check out our NFC North and NFC West regular season wins total predictions as well.

The Philadelphia Eagles saw a reboot during the offseason with a number of big surprises. Head coach Chip Kelly acquired quarterback Sam Bradford from the St. Louis Rams by shipping away Nick Foles. It was presumed he’d trade for a chance to draft former Oregon protégé Marcus Mariota, but that didn’t happen. Instead, Kelly has three quarterbacks to choose from in the oft-injured Bradford, backup Mark Sanchez and the enigmatic Tim Tebow.

The Eagles also made headlines by signing rushing leader DeMarco Murray (1,845 yards and 13 touchdowns) to give the Eagles a potent running attack. If Murray doesn’t work out, the Eagles ensured that they’d have a competent backup by signing Ryan Mathews as well.

If Bradford remains healthy and plays up to his potential while Murray wreaks havoc on the ground, NFC East will be the Eagles’ to lose.

The Dallas Cowboys sure love their offensive line. The Cowboys’ o-line was already the best if not one of the best in the NFL last season. They further beefed up that line drafting offensive end Randy Gregory and signing undrafted rookie free agent La’el Collins to a contract. Collins, in particular, was a projected first-rounder but his involvement in a homicide investigation left him on the board.

Having a solid offensive line should help running backs Darren McFadden and Joseph Randle fill-in the hole left by Murray. But the two may not be as talented as Dallas’ previous running back, leaving question marks surrounding the rushing attack.

A weakened running game may also put more pressure on quarterback Tony Romo’s shoulders. But having a talented wide receiver in Dez Bryant tied to a five-year, $70 million contract helps. Bryant has topped 1,200 yards and 10 touchdowns in each of his last three years in the NFL. 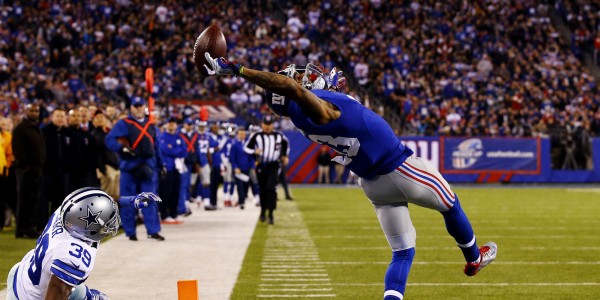 While the Eagles and Cowboys made some big moves in the offseason, the New York Giants seemed to be pretty content with what they have. They didn’t make any blockbuster moves to bolster their offensive line or their defense which ranked 29th in the league last season.

Rehiring Steve Spagnuolo as defensive coordinator is a step in the right direction. But Jason Pierre-Paul’s Fourth of July disaster could weaken the Giants’ defense at the start of the season. New York fans better pray that Prince Amukamara bounces back big time from his torn bicep from last November, and that the rest of the defense won’t be as porous as it was last season.

The Giants do have a strong aerial attack that could have flashes of brilliance this season. Quarterback Eli Manning still has a strong throwing arm, and pair that with a healthy Victor Cruz and second-year wunderkind Odell Beckham Jr., and you got yourself a lean, mean, Giant passing machine.

It’s a make or break year for Washington Redskins quarterback Robert Griffin III. After two down seasons, the former Heisman Trophy winner will finally have some big bodies in the offensive line to protect him from those jarring hits he’d taken from the past couple of years. Offensive tackle Brandon Scherff leads that group after being selected as the fifth overall pick of this year’s draft.

Running back Alfred Morris will also be there to take pressure away from Griffin, and his top two receivers in DeSean Jackson (league-high 20.9 yards per reception last year) and Pierre Garcon are also back to give the quarterback viable options in the passing game.

The defense also saw some improvement with the additions of veterans like Terrance Knighton, Stephen Paea, Chris Culliver and Dashon Goldson. It will be interesting, though, to see if such additions to the ‘Skins D will do more good than harm.

With all their additions and given more time to develop as a team, the Redskins may be able to do better than their paltry 4-12 record last year. Then again, it will be very difficult to do so in the highly-competitive NFC East.

The Eagles win the division with an 11-5 record, while the Cowboys are just a step behind at 10-6. The Giants go 9-7 and the Redskins improve ever so slightly to go 6-10. Create a betting account now and catch the NFL regular season wins totals before the season starts.