No. 1 Florida vs. No. 11 Dayton – March Madness Elite Eight – Betting Preview and Prediction

Back where their season has ended in each of the past three seasons, the No. 1 Florida Gators look to finally get over their Elite Eight hump this year. Meanwhile, the No. 11 Dayton Flyers are back in a regional final for the first time in 30 years, and don’t want their fairy tale run to end just yet. Will the clock finally strike 12 for this year’s Cinderella?

Get into the action with our comprehensive betting preview for the South region final of the 2014 March Madness tournament.

Betting on the Florida Gators

The No. 1 Florida Gators showed why they are considered the most complete team as they dispatched No. 4 UCLA, 79-68, in the teams’ Sweet 16 match up on Thursday.

Despite their star seniors playing far from their best, the Gators still shot 50% from the field and had four players in double-digits, led by Michael Frazier II’s 19 points. The sophomore guard nailed five of the team’s eight threes after the team hit eight in total in their previous two games in the tournament.

Meanwhile, Florida’s stingy defense held the high-powered UCLA offense to 42% from the field, including just 3-18 from beyond the arc. In total, the Gators have held tournament opponents to 11-48 (23%) from three.

Despite facing some of the biggest spreads in the tournament, Florida is 7-2 against the spread in their last nine.

Betting on the Dayton Flyers 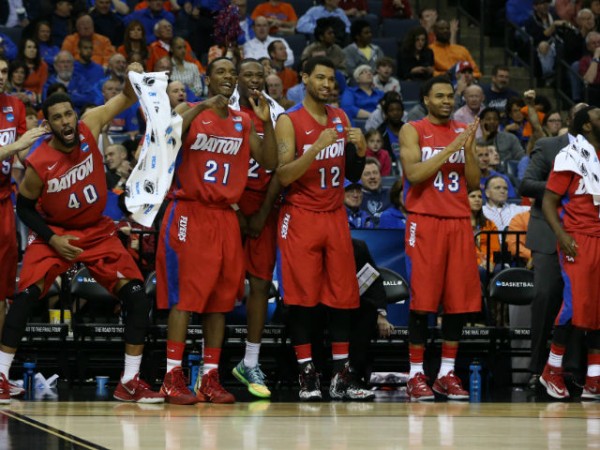 After showing the poise to beat better opposition in close games, the No. 11 Dayton Flyers finally spread their wings with their trademark transition game and flew to a comfortable 82-72 win over the No. 10 Stanford Cardinal on Thursday night.

Leading scorer Jordan Seibert finally broke out after two subpar tournament games with 18 points and four 3-pointers to lead the Flyers, who had 11 of 12 players score at least one basket in their Sweet 16 match up.

Dayton’s press defense harried the Cardinal to just 38% shooting from the field and 24% from downtown. The Flyers have now held opponents to a combined 8-43 (19%) from beyond the arc in the tournament.

The key for Dayton has been and will be its transition offense. On average, the Flyers have outscored their tournament opponents by nine points per game in transition. If they plan to score on Florida’s tough defense, this facet of their game will need to be a significant contributor. The Gators allowed a season-high 23 transition points against UCLA.

Dayton had a good run, but Florida is just more experienced, more talented, deeper, and simply better on both ends of the court, a reality that is reflected in the 10-point spread. Much like they did against UCLA, the Gators will weather the Flyers’ high-flying attack with halfcourt execution. Florida finally makes it back to the Final Four while covering -10.