This week, the PGA Tour will head to Ponte Vedra Beach, Florida, for the 35th edition of THE PLAYERS Championship held on the reveled Stadium Course of TPC at Sawgrass.

For three-and-a-half decades, TPC Sawgrass has been the rightful home of THE PLAYERS – a top-tier tournament with the largest purse in the PGA Tour. Many professional golfers and pundits alike have considered the Stadium Course of the venue to be one of the best there is, and it’s about time we find out just what makes Sawgrass special indeed.

After you’ve brushed up on the history of this week’s beautiful yet challenging course, go on and check out our extensive coverage for THE PLAYERS Championship itself with our complete preview, sleeper picks and long-shot picks for the event.

A Brief Rundown on the History of TPC at Sawgrass

From 1974 to 1981, THE PLAYERS Championship was held on four different courses, with Sawgrass Country Club being the host of the event from 1977 onwards.

But on 1980, then-PGA Tour commissioner Deane Beman came up with the plan of taking the player-owned tournament to new heights by purchasing the country club for a mere $100 from the Arvida Corporation. The venue was renamed to the Tournament Players Club (TPC) at Sawgrass in 1982, and it has been the setting of THE PLAYERS Championship ever since then.

World-renowned golf course designer, Pete Dye, along with his wife Alice, came up with the concept for the event’s stomping grounds that’s now referred to as the Stadium Course. True to its name, the Dyes envisioned the course to be as fan-friendly as possible, which would explain why there are slopes on the outskirts of the course proper for the live audience to optimally witness all the action on most of the course’s most-critical holes.

With a capacity of 36,000 and elevated viewing areas for the public, it’s no wonder then why TPC Sawgrass is one of the most-beloved sites on Tour. The golfers themselves even find Stadium Course as one of the most well-balanced courses around, providing just the right amount of challenge for pros and casual players alike. And that’s not even mentioning that pretty much everybody can experience playing on a one-of-a-kind hole found only on this course, which leads us to… 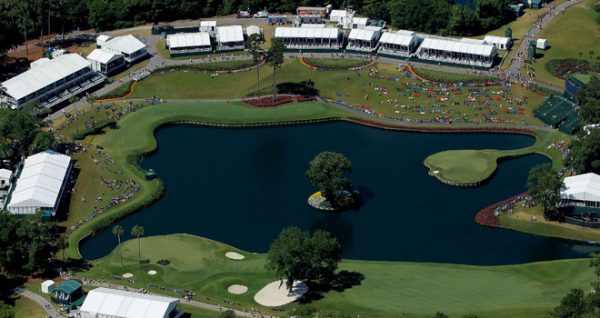 When people talk about TPC at Sawgrass, the unique “Island Green” on the 17th hole of the Stadium Course is what comes to mind first and foremost.

During the course’s construction in 1980, the 17th-hole’s ground was mostly made of sand, which is a vital component of any golf course’s design. By the time that the course was near its completion, the area where the sand supply came from left a huge crater that was meant for the 17th’s greens. Pete Dye’s wife, Alice, came up with the idea of just filling-in the crater with water to surround the greens, and that’s how the incomparable and rather literal 17th hole of TPC Sawgrass came about and still remains to date.

For as mesmerizing as the sight of this hole truly is (as seen above), it’s also – obviously – one of the toughest holes to conquer as well, with an average of 100,000 golf balls being pulled out of the man-made lake’s pool on a yearly basis. Having said that, the Island Green is certainly one destination that any golf fanatic must play on or at least step foot on during their lifetime. 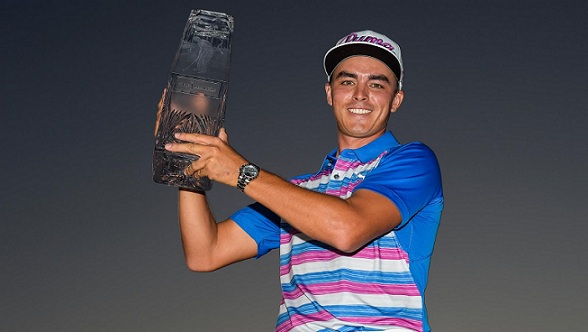 For 14-consecutive seasons, THE PLAYERS Championship has crowned a different winner on TPC at Sawgrass. As such, eight golfers from this week’s field are previous champs of the tournament, and we’ve listed them down with their corresponding year of victory below.

Will one of these eight PGA superstars become just the seventh golfer to win multiple THE PLAYERS Championship titles, or will any of the other elite contenders like Jordan Spieth or Jason Day add a new prestigious trophy to their respective resumés? Create a betting account now to put your own predictions for this week’s star-studded event to the test!