The race for the AFC North’s crown isn’t over yet, but it could very well end next week if the Cincinnati Bengals manage to sweep their season series against the Pittsburgh Steelers.

The bitter rivals are each coming off of impressive victories this past Sunday, but which team is entering next week’s clash with a better outlook and momentum? Read on below as we get up-close on this critical divisional battle that you surely would not want to miss. And for more on Week 14’s other pivotal games, check out our previews for Patriots vs. Texans and Giants vs. Dolphins right after this.

Betting on the Pittsburgh Steelers (7-5)

[sc:NFL240banner ]Let it forever be known that when Ben Roethlisberger plays the Colts, he will surely erupt for some massive offensive numbers.

Such was the case this past Sunday night when Roethlisberger and his Pittsburgh Steelers decimated the Colts, 45-10, with Big Ben throwing for 364 yards and four touchdowns. And when he gets it going, the rest of the Steeler offense follows.

Three Pittsburgh players had 100-yard outings in the win: wide receivers Antonio Brown (eight receptions, 118 yards, two touchdowns) and Martavis Bryant (five catches, 114 yards, one TD), as well as running back DeAngelo Williams (165 total yards of offense, with 31 of those yards coming from five catches in the passing game).

In addition, the Steelers’ defense is back to its pick-happy ways. That unit managed to intercept Indy’s Matt Hasselbeck twice on Sunday after the then-undefeated backup QB only threw two picks in all four of his winning starts this season. Only three teams in the league have more interceptions this season than the Steelers’ mark of 14 picks.

All of these positives are exactly what coach Mike Tomlin had envisioned for his team at the start of the season: high-octane offense meets opportunistic defense. It’s not too late for Pittsburgh to shake off their midseason struggles mainly due to a huge number of debilitating injuries. In fact, the team shouldn’t feel too intimidated by their upcoming matchup next weekend against the Bengals as the Steelers have won three of the last four meetings against Cincinnati both straight-up and against the spread.

Betting on the Cincinnati Bengals (10-2) 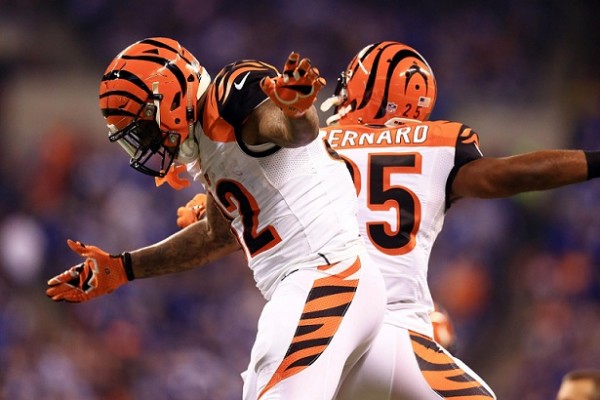 For just the second time in franchise history, the Cincinnati Bengals have started a season with a 10-2 record after mauling the pathetic Cleveland Browns on Sunday, 37-3. Andy Dalton only threw for 220 yards in that game, but did efficiently complete 14 of his 19 passes for two passing touchdowns, and also ran a TD in himself.

Dalton didn’t really need to be prolific through the air against the Browns, as the rest of his arsenal on offense took care of business from their respective ends. A.J. Green amassed 128 yards and a TD on just five catches, while running backs Jeremy Hill and Gio Bernard combined for 124 rushing yards and a score as well.

With the offense clicking like this, it’ll be hard to stop the Bengals come playoff time. Lest we forget that starting tight end Tyler Eifert – who leads the NFL with 12 touchdowns this season – even had to sit out Sunday’s game against Cleveland due to a neck injury.

Not only is Cincy’s offense humming along well, but its defense has been outstanding all the same. The D tallied three sacks and seven tackles for loss while limiting the Browns to just a field goal the entire contest. And by containing lowly Cleveland to single-digits this Sunday, the Bengals are now tops in the NFL with just 17.5 points allowed per game.

With a win next Sunday, The Bengals can seal a playoff berth for the fifth-consecutive season, and also deal Pittsburgh a huge blow to their rival’s playoff chances. However, that’s easier said than done as Cincinnati has actually lost four of the last five contests against the Steelers played on its own home turf.

Pittsburgh muddles the AFC’s playoff picture even more with the 34-29 upset of their division rivals.

Create a betting account now to start betting on all the hard-hitting action from the AFC North and all the other exciting divisional rivalries on tap.