For the first time in more than a century, the Summer Olympics will have women’s golf as one of its events. The Olympic Golf Course in Rio de Janeiro will be the setting of the sport’s return to this quadrennial event, with 60 female professional golfers from all over the world vying for a gold medal in this grand international stage.

Let’s take a look below at the names that we should be watching out for before the action tees off on August 17. And for more insights about this historic event, check out what the experts have to say as well over here.

It isn’t a complete surprise to see Lydia Ko and Ariya Jutanugarn installed as favorites to win the Women’s Golf event in the 2016 Rio Olympics. Ko and Jutanugarn are the two highest-ranked players in the field and they are playing some excellent golf of late. Ko has found the top-4 in five of his last six starts, grabbing victories at the Walmart NW Arkansas Championship and Marathon Classic. Ko loves playing in the big events, finishing first, second and third in LPGA majors thus far this year. With her victory at the ANA Inspiration earlier this year, the world no. 1 became the youngest double major winner in the history of the game since Young Tom Morris in 1869.

Jutanugarn, on the other hand, has been totally lit just the same, finishing in the top-10 in 11 of his last 16 starts. She has four wins during that span, including a maiden major triumph at last month’s British Open. With the form that they are both in right now, expect Ko and Jutanugarn to be in gold medal contention this week. 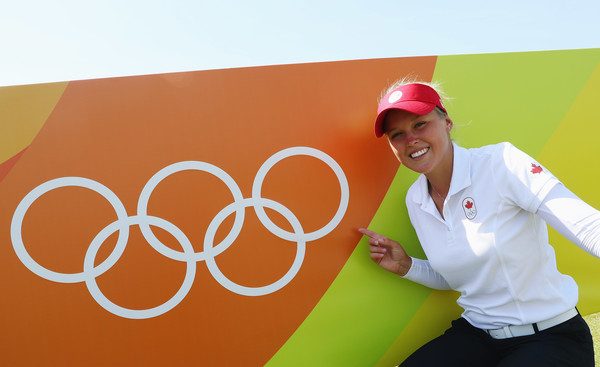 One golfer who’s primed for a huge performance this week is Brooke Henderson. She has been playing some outstanding golf of late as well, finishing in the top-10 in 11 of his 21 starts this year. Canada’s top player has a couple of victories on the LPGA this year, including an improbable playoff win over Lydia Ko in the Women’s PGA Championship. Key to Henderson’s resurgence has been her superb play with the driver. She is 10th in the LPGA Tour in driving distance, averaging a whopping 267.78 yards per drive this season. That extreme length off the tee will be a major weapon for Henderson as she tackles the long 6,245-yard, par-71 course here in Rio.

Another golfer who’s bound to impress this week is Lexi Thompson. One of three Americans to make the illustrious 60-player field, Thompson might be the one who has the best chance at grabbing a medal for Team USA. She leads the LPGA Tour in driving distance this year, averaging 281.38 yards per drive this campaign. That length has enabled Thompson to target the pins regularly this season. She is second on Tour in greens in regulation percentage with a solid 78.16 percent clip. That will be crucial for the Florida native when navigating the Reserva de Marapendi course this week.

As one of Brazil’s two participants in the Women’s Golf event in this year’s Summer Games, there’s a lot riding on Miriam Nagl’s shoulders. For Nagl to make the host country proud, however, she’d have to put on the performance of her life here in Rio. Pulling off that gargantuan feat is way easier said than done, though.

Nagl is quite the fixture in the European and Australian Tours (1 career win from the latter tour), but has seen little to no action in the LPGA Tour-level. Having said that, it’s gonna be tough siding with a hometown favorite with limited experience against the world’s top female golfers.