Basketball: Bill Sherman Passes Away at 87

MMA: Muñoz and Machida Ready to Go in London

The Boston Red Sox even up the World Series thanks in large part to the combination of David Ortiz and Mike Napoli. However, when the St. Louis Cardinals host the Red Sox in Game 3, one of those two will have to sit on the bench because of the National League park rules forbidding the designated hitter.

Ortiz batted a home run in each of the first two games while Napoli had a three-run double in Boston’s 8-1 victory in Game 1. While in their 4-2 victory, the Cardinals bullpen was the key in maintaining their lead up to the end.

Going back to their last World Series, the Red sox are 4-0 in their last 4 World Series road games. However, Joe Kelly plans to break the trend as the Cardinals are 7-1 in Kelly’s last 8 home starts. 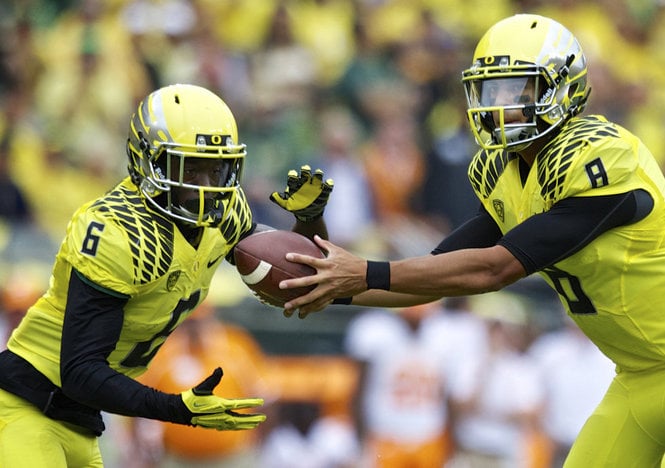 Marcus Mariota hasn’t thrown an interception all season, which soars his Heisman Trophy stocks as the second-ranked Oregon Ducks host No. 11 UCLA Bruins. The Ducks have been basically unstoppable on offense thanks to Mariota’s passing (2,051 yards, 19 touchdowns) and rushing (493 yards, nine scores). The Bruins seek to rebound from a loss to Stanford that knocked them out of first place in the Pac-12 South.

For the most comprehensive list of NFL, NCAAF, MLB, and NHL game odds and betting lines, visit Top Bet’s Sportsbook.