The ALDS takes center stage tonight, as the A’s and Red Sox are one win from sending the Rays and Tigers home for the fall.

Geno Smith orchestrated a clutch final drive to get the Jets into field goal range and Nick Folk hit the winning field goal as time expired as the Jets stunned the Atlanta Falcons 30-28 in the Georgia Dome.

Jose Lobaton hit a clutch walk-off home run off Koji Uehara as the Rays staved off elimination against the Red Sox. Meanwhile, Oakland blasted three home runs past Anibal Sanchez as the A’s beat the Tigers 6-3.

Matt Holiday’s 2-run home run was enough offense for Michael Wacha as the Cardinals edged the Pirates 2-1 to even the series at 2-2. Elsewhere, Juan Uribe delivered the season-ending blow for the Braves as his 2-run home run in the 8th inning sent the Dodgers to the NLCS. 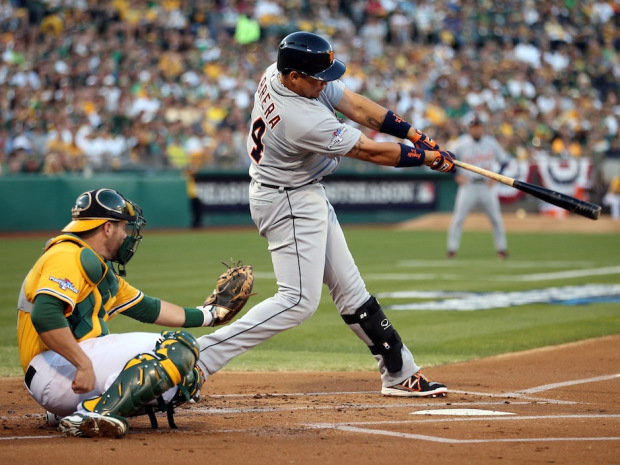 With two straight wins, the A’s have taken command of the series against the Tigers. With a win tonight, Dan Straily can send the A’s to their second ALCS in the Billy Beane Moneyball era. Oakland is 5-1 in Straily’s last 6 starts. [sc:MLB240banner ]

The Tigers batters were outslugged by the less-heralded bats of  the A’s. Miguel Cabrera and Prince Fielder must show up in Game 4 of a series in which they have combined for just one RBI.

Doug Fister will be on the mound for Detroit; the under is 4-1 in his last 5 starts overall.

The Rays have now won three straight elimination games. But after pulling one game back from the Red Sox, taking two more will be a tough task. Only seven teams have come back from an 0-2 deficit to win an LDS. The Rays are 4-0 in their last 4 home games.

Boston wants to avoid taking the series to a do-or-die game, where the Rays have proven themselves capable. They’ll send midseason acquisition Jake Peavy to the mound to end the series in Tampa. The Red Sox are 4-1 in their last 5 meetings with the Rays.

For the most comprehensive list of MLB odds visit Top Bet Sportsbook.