Ohio State vs. Michigan. It’s the greatest rivalry in all of college sports.

But aside from the Blue Team, how do the others stack up in the immensity of their rivalry with the Buckeyes? Ohio State is the standard of Big Ten football. Some of their fiercest college football rivals are competing against them within the conference. 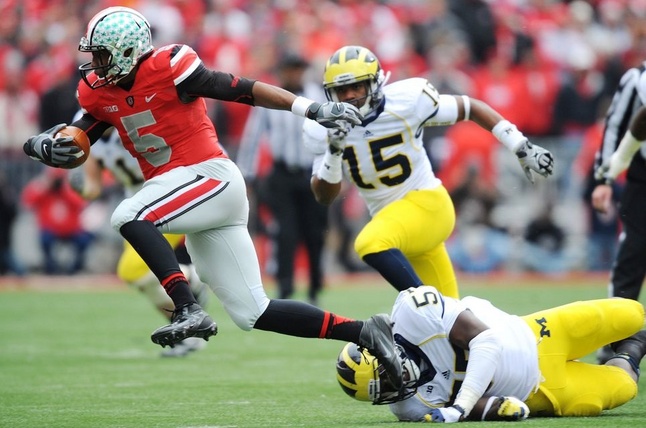 “The Game” always matters and it always matters more than any other regular season game. The rest of the Big Ten can try all they like, but it will be extremely difficult to supplant Michigan as the team they love to hate the most. The hate level is at its maximum.

This rivalry has everything. It’s a border war. Both are among the college football powers since they first met in 1922. The teams both focus recruiting efforts on the same home turf. Numerous meetings have decided the Big Ten’s Rose Bowl representative. The Ten Year War happened. There’s just so much history that one of the teams.

Michigan leads the series 58-44-6. Ohioans would hate them even more because of that. 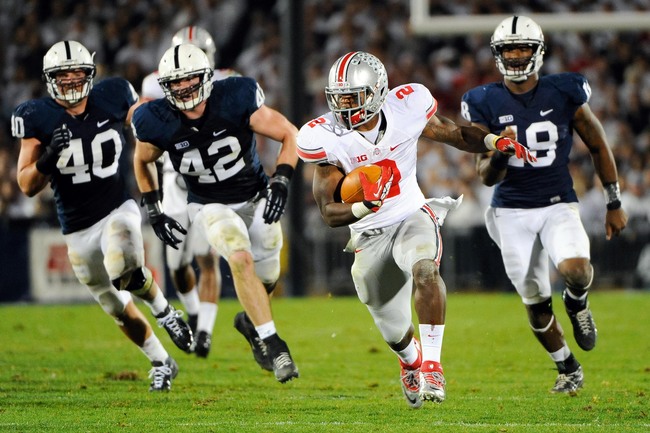 Some Buckeye fans hate Penn State for a variety of reasons, which mostly boil down to personal experiences with, or media stories about, Nittany Lions fans. Who could ever forget the story about the bags of urine being hurled at the OSU band?

The rivalry began in 1912 with Penn State winning their first meeting, 37-0. They then proceeded to win 6 of their 8 match-ups, including the 1980 Fiesta Bowl (another win for PSU) prior to PSU joining the Big Ten in 1993.

Unfortunately, the rivalry was mired with scandals on both sides, with Ohio State giving improper benefits to their players and the infamous Penn State child abuse scandal.

Both teams are starting fresh with brand-new regimes and head coaches, but expect both teams will still battle for the Big Ten down the line. 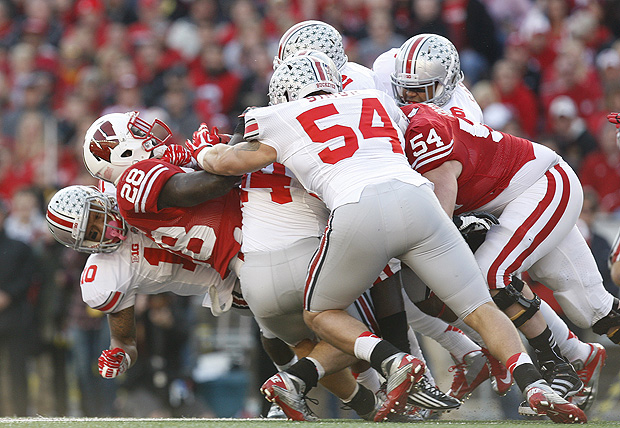 Ohio State and Wisconsin are not rivals from a purely technical standpoint. But with both coaches having beef at one another, this rivalry becomes more heated than ever.

Buckeyes’ coach Urban Meyer and Badgers’ coach Bret Bielema acknowledge this rivalry every meeting and they are certain that they would hate themselves for losing to the other. The two coaches have a rather unpleasant history.

Just last year, Meyer and Bielema bumped heads—not on the football field, but on the recruiting trail. Kyle Dodson, an offensive tackle who had verbally committed to Wisconsin before Meyer’s arrival in Columbus, flipped his pledge and signed with the Buckeyes.

The situation got worse when Bielema accused Meyer of illegal recruiting practices, prompting a swift response from Ohio State refuting the accusation.

The bad blood between these two squads isn’t exclusive to the head coaches. Players from both teams treat this game like a rivalry.

Ohio State leads the series 55-18-5 and has won four of the last five games against Wisconsin, but the lone loss came in 2010 when the Badgers upset the top-ranked Buckeyes in Madison. That game was the only loss in an otherwise perfect season that was later vacated by the NCAA.

This new rivalry is now developing and it is something to look forward to. 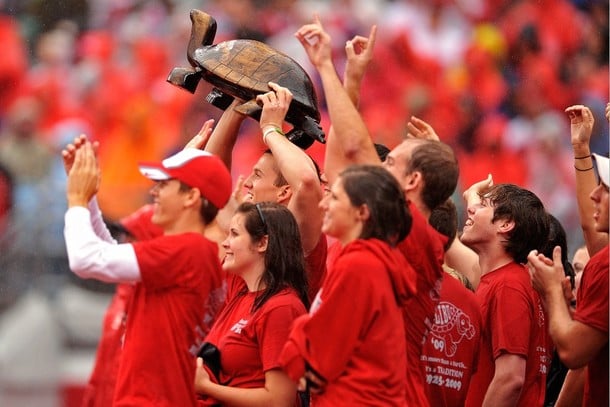 If you could name or identify the trophy listed above without the slide title or the caption, you fit into one of three categories: (1) Ohio State graduate, (2) Illinois graduate, or (3) knows way too much about college football. There’s no excuse for anyone else to actually know this bit of trivia, in the annals of Big Ten football rivalry trophies.

If you want a great read, check out why Illibuck is the “Most Interesting Turtle in the World.”

It is actually surprising the series is lopsided (Ohio State leads series 63-30-4), because Illinois has been a thorn-in-the-side program the Buckeyes had to deal with.

Unfortunately, this is one of the few rivalries not protected by the 2014 divisional alignment.

However, neither school’s fans really are too broken up about it. If you are, please call 1-800-get-a-turtle.

The Buckeyes are one of the great standards of football, which makes their rivalries with other teams a must-watch development. Do you think any other school that deserves a place on this list? Check out the latest odds and lines of the next Ohio State game in our sportsbook.