There’s no higher honor in professional sports right now than being called a Super Bowl champion. Some NFL legends, however, have not experienced the thrill of lifting the Vince Lombardi Trophy at least once in their careers. Read on below as we break down the top 10 best players to never win a Super Bowl.

Jim Kelly has had quite a career. He is the only quarterback in NFL history to ever start in four consecutive Super Bowls. Unfortunately for Kelly, he will have to endure the ignominy of being the only signal caller to lose in the Super Bowl four straight times. In Kelly’s four Super Bowls, he completed 81 of 145 passes for 829 yards and two touchdowns, with seven interceptions. His 81 completions are the fifth most in Super Bowl history behind legendary QBs Tom Brady, Peyton Manning, Joe Montana and Kurt Warner. 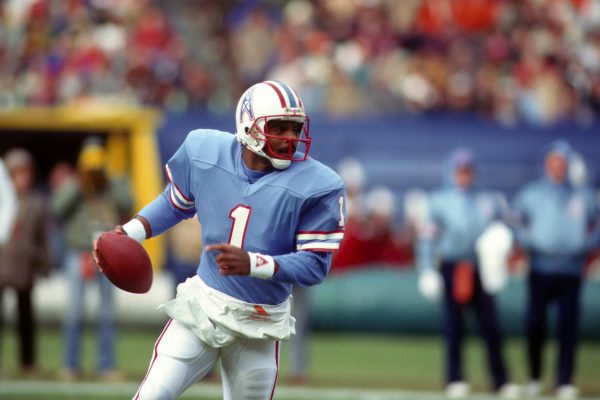 If Warren Moon had won a Super Bowl title, he might be considered among the best quarterbacks to ever play in the NFL. Moon retired with the third-most passing yards (49,325) and fourth-most touchdown passes (291) in NFL history. Unfortunately for Moon, he wasn’t able to display his talent in the biggest of stages as he failed to appear not only in the Super Bowl, but also the AFC and NFC Championship games.

It’s safe to say that Chicago Bears legend Dick Butkus revolutionized the middle linebacker position. He regularly led the Bears in tackles, interceptions, forced fumbles, and fumble recoveries throughout his illustrious career. He recovered 27 fumbles in his career, an NFL record at the time of his retirement. Sad to say, that career didn’t feature a single Super Bowl appearance as the Bears languished at the bottom of the standings during that time. Sad to say as well for Bears fans, nothing much has changed for their beloved Chicago franchise.

Derrick Thomas’ career might have been cut short by a tragic automobile accident, but boy what a career that was! No player had more sacks in the 1990s than the 116.5 that Thomas recorded while playing for the Kansas City Chiefs. The nine-time Pro Bowler eventually accumulated a whopping 126.5 sacks in his storied career. Thomas, however, played in just one AFC championship, losing to the Buffalo Bills in 1994. 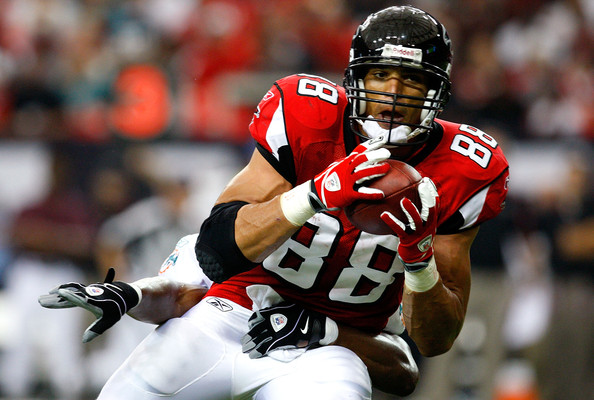 The playoffs are where the legends are born. And for a while, it looked like Tony Gonzalez would spend his entire 17-year NFL career without a postseason victory. Luckily for Gonzalez, that wasn’t the case as he finally got that elusive playoff win with the 2012 Atlanta Falcons. Gonzalez, arguably the most dominant tight end in the history of the NFL, fell short of the Super Bowl when the Falcons lost to the 49ers in the 2012 NFC title game. It was the closest the 14-time Pro Bowler would get to an NFL championship.

Anthony Munoz came oh so close to reaching the pinnacle of the sport, but the San Francisco 49ers thwarted his plans in Super Bowls XVI and XXIII. The Bengals were famously denied by the great Joe Montana both times, the latter in the closing minute of Super Bowl XXIII. That being said, Munoz’s career is still one for the record books. The Bengals left tackle is arguably the greatest offensive lineman in history, appearing on the NFL’s 75th Anniversary All-Time Team in 1994 and the All-Time NFL Team chosen in 2000 by the Hall of Fame Selection Committee. 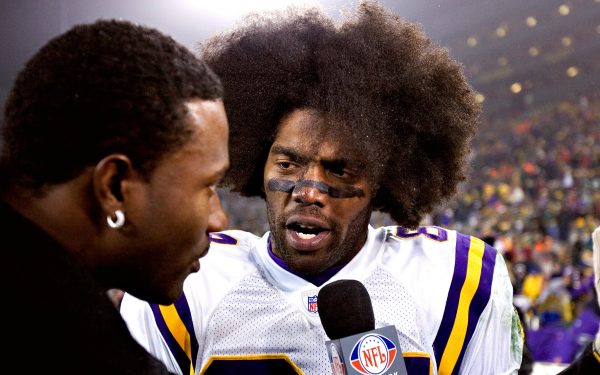 Randy Moss wouldn’t be in this list if not for Eli Manning’s heroics in Super Bowl XLII. The mighty Patriots were on the cusp of becoming the only NFL team to ever complete a 19-0 season back in 2007, but that ended in a stunning upset loss to the New York Giants. Moss returned to the Big Game in 2012, but once again suffered the same fate with the San Francisco 49ers.

To no one’s surprise, another Buffalo player makes our Top 10 list. Bruce Smith, the only player in the history of the NFL to reach the 200-sack total, was the defensive linchpin of a Bills squad that played in an incredible four-straight Super Bowls. He was such a dominating presence for Buffalo on the defensive end that he averaged 12 sacks a season from 1986 through 1998. In our honest opinion, Smith is the greatest defensive player to never have won a Super Bowl. 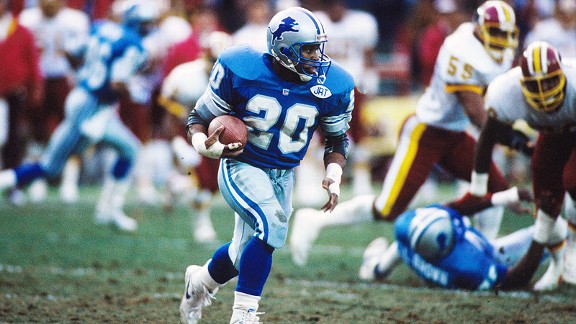 Up to this moment, Detroit fans are still asking the question, “Why did Barry Sanders retire too soon?” He was on the cusp of becoming the NFL’s all-time leading rusher when he decided to walk away from the game in 1998.

What made that decision so shocking was that Sanders did it at the height of his stardom. Sanders remains the only running back in NFL history to rush for 1,000 yards in each of his first 10 seasons. The Lions legend made history in 1997 when he surpassed the vaunted 2,000-yard rushing mark. Sanders, who rushed for over 100 yards in each of the final 14 games of his career, played in just one NFC championship game, losing in 1991 to the Washington Redskins.

Dan Marino’s Super Bowl stint in his second NFL season was supposed to be the first of many for the legendary Dolphins QB. Instead, a 38-16 defeat to the San Francisco 49ers in Super Bowl XIX marked the only time in Marino’s illustrious 17-year career that he would play for a championship with the Miami Dolphins. That 1984 season by Marino was definitely one for the record books as he amassed a whopping 5,084 passing yards and 48 touchdowns that campaign.

Marino led Miami to the playoffs ten times in his storied career, but would only play in two other AFC championships. The Dolphins lost to New England in 1985 and Buffalo in 1992. Marino ended his career with a postseason record of 8-10. Marino may not have won that coveted championship ring, but he’ll still take away the title of the greatest player to never have won a Super Bowl.