It’s been tough for first-year Nebraska head coach Mike Riley. His Cornhuskers were the recipients of severe bad luck, suffering a handful of come-from-behind defeats. But they also have a pretty big win on their resume; the Huskers are the only team to beat the College Football Playoff’s No. 3 seed, the Michigan State Spartans.

Nebraska has a chance to topple another prestigious program in the Foster Farms Bowl when they take on the UCLA Bruins. UCLA was expected to be a Pac-12 title challenger this year, but they’ll have to settle for this bowl game.

Check out plenty more bowl games with our complete previews for the Military and St. Petersburg Bowls.

The UCLA Bruins may have lost quarterback Brent Hundley to the NFL Draft in the offseason. But they had just the man to replace him in freshman Josh Rosen. The Chosen, as he was dubbed, was stellar in his freshman campaign with 3,349 yards and 20 touchdowns. Rosen was named the Pac-12 Offensive Freshman of the Year.

Rosen didn’t get to lead the Bruins to the College Football Playoff, or even the Pac-12 title game, though. The Bruins lost their season finale 40-21 to USC. Had they won, the Bruins would’ve earned a berth in the conference championship game. The Bruins will be hoping that the long break before the Foster Farms Bowl reinvigorates them.

[sc:NCAA240banner ]If the Bruins are to win this game, then they’ll need Rosen to show up guns blazing. Rosen can take advantage of Nebraska’s weak passing defense, ranking among the worst in the FBS with 288.2 yards allowed per game. He’ll have a couple of strong weapons in his receiving corps, Jordan Payton and Thomas Duarte. Payton loves racking up the yardage with a team-high 1,069 yards receiving, while Duarte is the scorer leading the Bruins with 10 touchdowns.

UCLA could also have a very good day on the other side of the ball. The Bruins’ secondary could stifle Nebraska’s passing offense (ranked 30th in the nation) led by All-Pac-12 safeties Jaleel Wadood and Randall Goforth. UCLA allows just 205.7 yards passing per game.

The Bruins are 8-2 ATS in their last 10 games as favorites of eight points or less.

Betting on the Nebraska Cornhuskers (5-7) 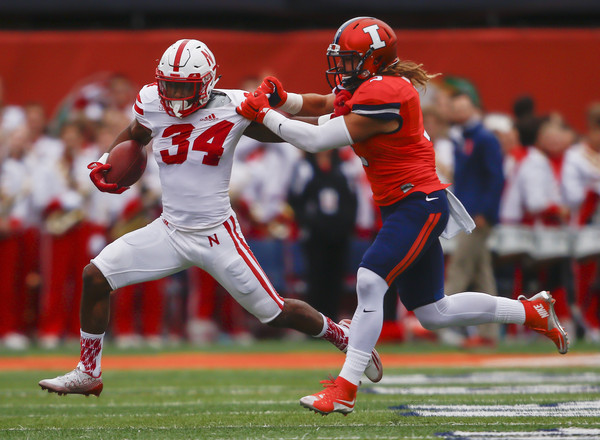 Say what you want about Nebraska, and their horrible 5-7 record appearing in a bowl game. The Cornhuskers can still surprise their opponents starting with rock-solid offensive and defensive lines.

Westerkamp is the best receiver on the team, leading Nebraska in receptions (63), yards (874) and touchdowns (seven). Reilly has only caught 37 passes, but he’s made the most of them averaging 19.4 yards per catch.

Running back Terrell Newby should also be able to break out for long runs spurred by a solid offensive line. He’s rushing for 5.2 yards per carry and will face a vulnerable UCLA rushing defense allowing 187.7 yards per game, 88th in the nation.

While the Cornhuskers struggle to defend against the pass, they’ve been excellent at stopping the run. Nebraska ranks seventh in the nation in stopping the run, allowing just113.4 yards per game. This unit is led by a pair of defensive tackles, Maliek Collins and Vincent Valentine. If the Cornhuskers take away UCLA’s rushing offense, then they may do a better job stopping a one-dimensional passing attack from the Bruins.

The total has gone over in four of the Cornhuskers’ last six games.

UCLA and Nebraska engage in a shootout. The Bruins (-6.5) score one touchdown too many to win the game. Create a betting account now and get the most out of an incredible bowl season.