It’s time! Five rounds for the undisputed UFC Heavyweight Championship of the world. Cain Velasquez seeks to unify the heavyweight championship against interim champ Fabricio “Vai Cavalo” Werdum in what should be an action-packed main event for UFC 188.

While the heavyweights should make for plenty of hard-hitting action, there’s plenty of entertaining fights leading up to the main event. Two of the best lightweights in the world collide when Gilbert Melendez and Eddie Alvarez take the center of the Octagon. A couple of rising stars will also step into the cage ready to propel themselves to the next level.

Itching to dabble in mixed martial arts? Warm yourself up with an excellent fight card this weekend. Check out our odds for UFC Fight Night 67 featuring “The Natural Born Killer” Carlos Condit vs. Thiago “Pitbull” Alves.

Endless cardio, relentless pressure and elite wrestling make reigning UFC Heavyweight Champion Cain Velasquez (13-1) look like the perfect MMA fighter. But a string of injuries leaves plenty of questions for the baddest man on the planet. Velasquez has already suffered two knee injuries and a shoulder injury relatively early into his career. The last time he fought injured, he was knocked into Queer Street by former champ Junior Dos Santos.

[sc:UFC240banner ]Velasquez isn’t fighting a scrub in his return from an 18 month layoff either. Interim heavyweight champion Fabricio “Vai Cavalo” Werdum (19-5-1) has racked up five straight victories, three by finish, in the Octagon. A multiple time Brazilian Jiu Jitsu world champion, Werdum has submitted some of the best fighters in the world such as Antonio Rodrigo Nogueira and Fedor Emelianenko.

Werdum has also rounded out his arsenal, adding devastating Muay Thai through renowned trainer Rafael Cordeiro at Kings MMA. But all that may be useless if Velasquez can impose his game. The champion packs plenty of power in his punches to test Werdum’s chin. He lands at a furious rate of 6.1 significant strikes per minute. Velasquez also has the dirty boxing and clinch work necessary to pin and rough up his challenger on the cage.

Writer’s prediction: Velasquez roughs up Werdum before sealing the deal with a fourth round TKO. 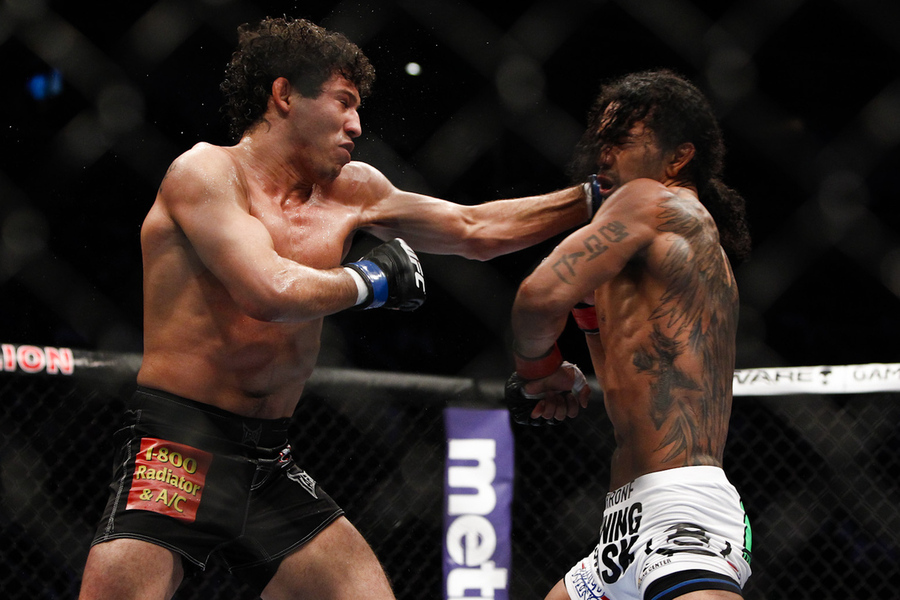 This fight has the makings of a classic. Gilbert “El Nino“ Melendez (22-4) rose to stardom as the now-defunct Strikeforce lightweight champion from 2009 to 2012. Meanwhile, Eddie Alvarez (25-4) went on a tear in the regional scene before solidifying his claim as a top fight by becoming the Bellator lightweight champion.

While both fighters are strong capable wrestlers, they are now known for their crisp and technical boxing. Alvarez seems to be the better boxer, utilizing lateral movement and angles to finish 14 of his 25 wins by knockout. But Melendez has a strong chin and can turn a fight into a grinding cage battle if the striking isn’t going his way.

Create a betting account now and punch in your ticket to one of the biggest fights of the year.

Kelvin Gastelum (10-1) was a prodigy slowly climbing up the deep UFC welterweight division ladder until weight issues hindered his ascent. Now up a weight class, the young hot shot gets a favorable matchup against aging veteran Nate “The Great” Marquardt (33-14-2).

Marquardt was violently knocked out in two of his last four fights, thus posing some questions regarding his durability. Gastelum has the power in his hands to crack The Great’s chin, and it doesn’t end there. If Gastelum can’t find the openings to land ground strikes on hurt opponents, he can lock in a tight submission to seal the deal. Four of Gastelum’s 10 career wins have come by submission.

Writer’s prediction: Gastelum slaps on a rear naked choke on a dazed Marquardt in the first round. 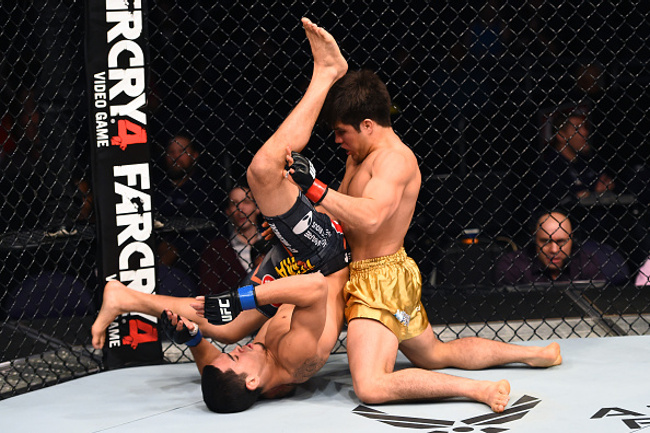 When it comes to wrestling in the UFC, no one tops Henry Cejudo (8-0). An Olympic gold medalist and two-time U.S. national champion in free style wrestling, Cejudo has quickly risen up the ranks in mixed martial arts competition. He already has two wins in the UFC, one against former flyweight title challenger Chris Cariaso.

Cejudo didn’t just dominate Cariaso on the ground, landing six of seven takedowns. He also showcased some slick boxing. Cejudo outlanded Cariaso 111-41 in total strikes and 50-22 in significant strikes. Chico Camus (14-5, 1 NC) isn’t the best of fighters, but he can scrap. Camus has out-landed his opponents 191-147 in his last six fights despite being taken down a total of 11 times in those outings.

Writer’s prediction: This is a squash match. Cejudo wins any way he wants.

Angela Hill (2-0) has dynamite in her hands capable of putting anyone in the UFC women’s strawweight division to sleep. But she’s still largely untested in MMA with just a pair of pro fights under her belt. Unfortunately, she’s being thrown to the wolves against a more polished striker in Tecia Torres (5-0). While Torres is an excellent striker who can string together beautiful sequences of punches and kicks, she’s not a known finisher. Torres has won all five of her fights by decision.

Writer’s prediction: Torres wins a wipeout, 30-27 across the boards.