The Washington Capitals kick off their West Coast trip in SAP Center, where the win-hungry San Jose Sharks await them. The Caps and the Sharks are in the thick of the race for a top three finish in their respective divisions, making this a critical outing for both sides.

Earlier tonight, on the east coast, the Red Wings will battle the Pittsburgh Penguin in a meeting of two of the East’s finest. Read more on that game here.

After stitching together three-straight wins, the Caps ran into a wall in the form of the Philadelphia Flyers, who beat them 3-1 on Sunday. Washington will now look to get back to the win column when it faces the Sharks on the road to start the team’s’ four-game road trip.

[sc:NHL240 ]The Caps have been struggling away from DC for quite some time now. Prior to their 2-1 win in Ottawa on February 5, the Caps have dropped five-consecutive assignments on the road. For them to prevent another road loss on Saturday, the Caps will have to recover the superb form they flashed on offense in some of their previous games.

It would also help if the Caps they can avoid coughing up the puck so frequently. They generated only 14 shots in the Flyers game, largely because they had 12 giveaways.

Before losing to the Flyers, Washington tallied at least three goals in four of its last six games. The Caps are 10th in the league in scoring with 2.87 GF/G.

Alex Ovechkin has been on a tear as of late. The current league leader in goals (33) has found the back of the net eight times over the Caps’ last 10 games, which includes Washington’s lone score against the Flyers.  Ovi scored twice in the Caps’ 6-5 overtime loss to San Jose in the two teams’ first meeting back in October.

Braden Holtby was a disaster in that game, allowing four goals on just seven shot attempts by the Sharks after subbing for Justin Peters. However, Holtby’s been doing well between the pipes thus far this February, as he enters Saturday’s contest with a 1.01 GAA and .961 SV% in three games this month.

The under is 4-0 in the Caps’ last four games overall.

Will Washington even its regular season series with the Sharks? Create a betting account now and get into the thrill of betting on hockey. 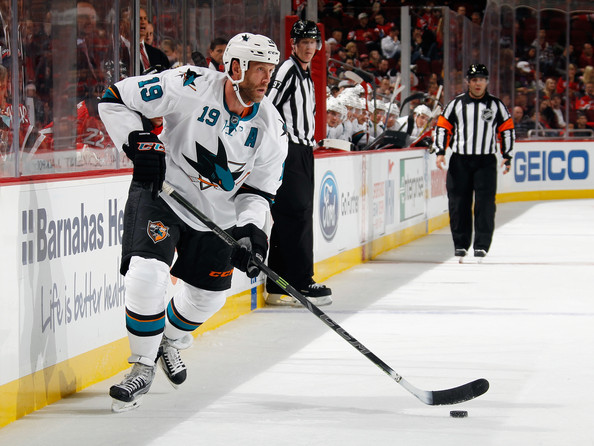 The Sharks continued their unfortunate trend of losing back-to-back games when they fell victims to the Calgary Flames on Monday, 4-1. It was the fourth two-game losing skid for San Jose since the calendar shifted to year 2015. The Sharks will now end its three-game homestand against Washington, a team that is only 1-9 in its last 10 trips to San Jose.

San Jose’s penalty kill unit will play a crucial role against Washington. The Caps are a dangerous team on the power play, converting 23.1% of their chances on the man-advantage thus far this season. San Jose got a taste of that effectiveness when Washington struck twice on two 5-on-4 situations in their October meeting.

The pressure is also on for the Sharks’ blue line to contain Ovechkin and company. Although the Caps lost to the Sharks in their early season showdown, Washington out shot San Jose, 34-23.

Any defensive breakdowns in the blue line will not be of any help for goalie Antti Niemi, who’s been having a rough month in net. Niemi is 1-2 in four starts this February, averaging 2.96 goals allowed in those games.