All that glitters is Golden State.

The road taken by the Golden State Warriors en route to their first NBA title in four decades wasn’t entirely paved in gold, but it almost seemed like every obstacle along their arduous grind from November to June were merely blemishes to an otherwise 24-karat of a season by the Bay Area crew.

The Warriors capped off their impressive run at the 2015 NBA Finals with a resounding 105-97 Game 6 victory over the Cleveland Cavaliers. Andre Iguodala was honored as the MVP of the Finals, and became the first player in NBA history to win the award and not start a single game in the regular season.

Let’s take a quick look back at all the highlights of the 2015 NBA Finals. And why not take some time to look at some of the lowlights from the regular season as well? Head on over to our feature on the Worst Starters in the NBA 2014-2015 Season. 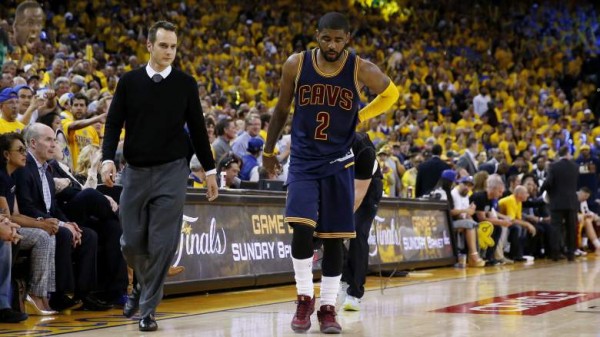 The first game of the Finals would serve as the precursor for the Warriors’ uphill saga against LeBron James and the Cavaliers. Golden State took Game 1 of the NBA Finals with a 108-100 win in overtime behind Stephen Curry’s 26 points and eight assists.

It was also the first of many monster performances in the series by James, who finished the game with 44 points on 38 shots from the field. But his fellow teammate and Cavs point guard Kyrie “Uncle Drew” Irving suffered a season-ending knee injury during the game. Irving’s absence ultimately led to Golden State’s 10-2 scoring run in the extra period. 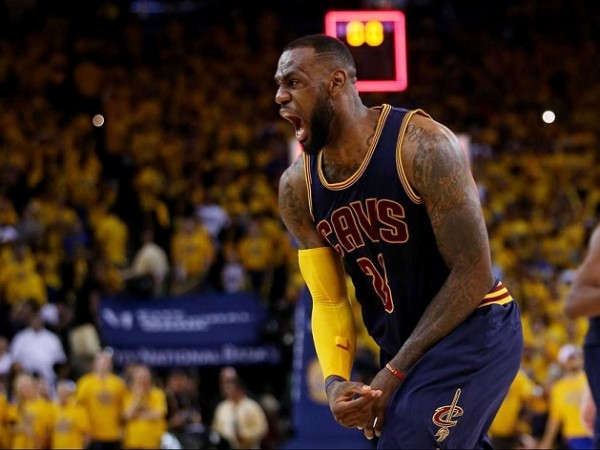 Without Irving, it was now LeBron’s time to carry the load for the Cavaliers. And boy, did he ever.

[sc:NBA240banner ]James powered Cleveland to a 95-93 win in another game that went into overtime to tie the series at one apiece. The King was in full beast mode; he had a triple-double line of 39 points, 16 rebounds and 11 assists.

The Warriors were expected to sweep the series after the fact that Irving will not be able to play for the rest of the Finals. Instead, Golden State lost for just the fourth time in Oracle Arena in a game that they were supposed to dominate. 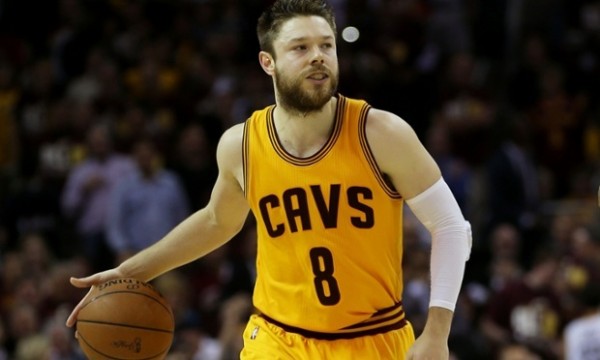 With the series now in Cleveland, it was the right time for the Cavaliers to seize control of the series. LeBron James made the most out of the opportunity with another 40-point game in Cleveland’s 96-91 win in Game 3.

An unlikely hero for Cleveland in Matthew Dellavedova also pitched in 20 points of his own. The second-year Aussie guard, who was the backup to Kyrie Irving, was phenomenal in containing Stephen Curry on defense in Game 2, and had a complete game in Game 3 to vault the Cavaliers to a 2-1 series lead.

Curry regained his shooting stroke late in the game for the Warriors, but it would be too little, too late. Golden State was now two games away from its season’s end, and something had to be done fast.

With his back against the wall, Golden State head coach Steve Kerr had to do something about LeBron’s onslaught in the Finals and the undermanned but versatile Cavaliers team. The plan: go small.

Warriors starting center Andrew Bogut proved ineffective the past three games of the Finals, so Kerr decided to start Andre Inguodala in Bogut’s place. The move would pay off with great dividends, as the Warriors’ small-ball style of play and Iguodala’s presence as a starter and main defender on LeBron James worked to perfection.

The Warriors routed the Cavaliers with a 103-82 victory in Game 4 to even the series once again. James was limited to a mere-mortal 20-point game thanks primarily to Iguodala’s lockdown defense. Iguodala and Curry both finished the game with 22 points apiece for Golden State.

Game 5: Curry Up, We’re That Close to the Title 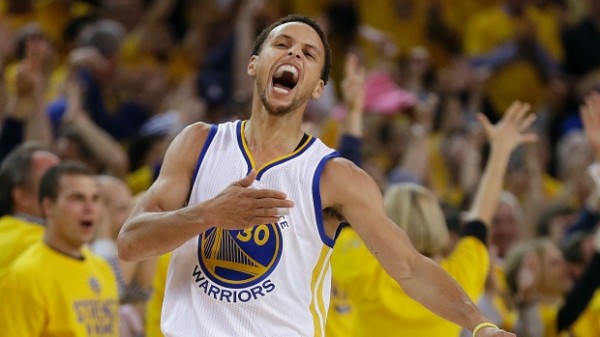 With the series tied and the ever so pivotal Game 5 on the line, it was time for an MVP vs. MVP showdown.

LeBron James arguably had the best NBA Finals performance of his career with his second triple-double of the series with 40 points, 14 rebounds and 11 assists. However, Stephen Curry would not be outdone, as his 37-point game on 7-of-13 shooting from beyond the arc would lift the Warriors to a 104-91 victory in Game 5.

Cleveland must now win Game 6 in its homecourt to force a deciding Game 7, but the depleted Cavs were clearly running on fumes (especially James). Golden State, meanwhile, needs to just drive one last nail in the Cavaliers coffin to walk away from Cleveland in Game 6 as NBA Champs.

Golden State’s roster depth and health would prove to be too much for the hobbling Cavaliers to overcome. Five Warriors players would finish in double-digit scoring as Golden State wins Game 6 105-97 to bring home the turkey. Curry and Iguodala had 25 points each, and Draymond Green recorded a triple-double for the Warriors.

But LeBron did not go down without a fight, as he was one assist shy of his third triple-double of the series. James finished with 32 points, 18 rebounds and nine assists. Unfortunately, the self-proclaimed “King” left his kingdom of Quicken Loans Arena without a crown on his head (NBA title) or a scepter in hand (Finals MVP).

Key Moment: Getting Iggy With It 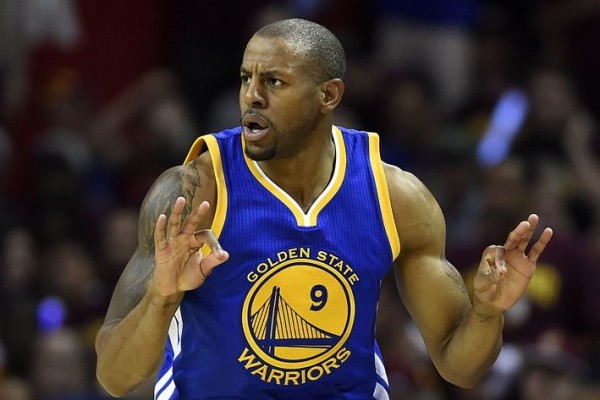 When the Warriors were down 2-1 in the series and Stephen Curry — and to an extent, fellow Splash brother Klay Thompson — weren’t pouring in points from the field, Steve Kerr looked to his most consistent player in the series to step up.

Andre Iguodala’s shift to the starting lineup from Game 4 onwards did wonders for Golden State. Defending LeBron one-on-one, knocking down crucial threes, hammering home thunderous dunks, sweet dishes on offense… Iggy did it all for the Warriors.

His reward? A much-deserved Finals MVP Award. Iguodala is the prototypical Golden State player: pass-first, shoot-later on offense, and play as hard-nosed as possible on defense. Iguodala’s line in the Finals isn’t gaudy, but it got the job done for his entire team. In the Finals, Iggy averaged 16.3 points on 52 percent shooting from the floor and 40 percent from downtown, five rebounds, four assists and a steal in the Finals.

“This is special,” Iguodala humbly said after being handed the Larry O’Brien trophy. “To be able to hold this trophy and all the hard work we’ve put into it this season, this is special. We’re definitely a great team and a team that should go down in history as one of the best teams from top to bottom.” 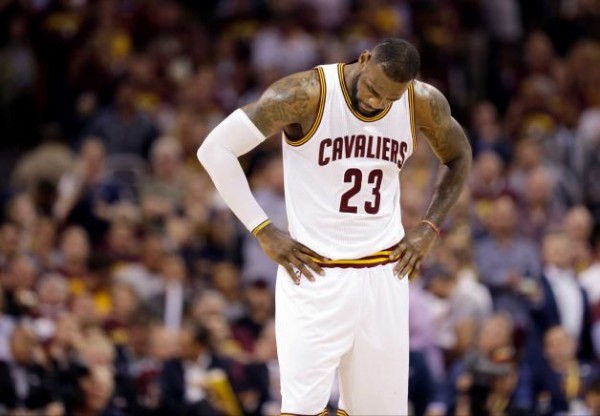 While Iguodala walked away with the Finals MVP hardware, one player deserves to win the award just as much, if not much, much more.

The NBA Finals would not be as competitive and entertaining without LeBron James’ performance throughout the series. Two triple-doubles, three 40-point games, and nearly 46 minutes played in in each of the six contests. James was indeed the epitome of greatness.

Many pundits would look back at this series and still make the case as for why James should be the real Finals MVP. But the King will likely argue that it’s not fun being alone in receiving all the praise, especially when he’s not on top of the mountain he should’ve conquered with his chivalrous Cavaliers. 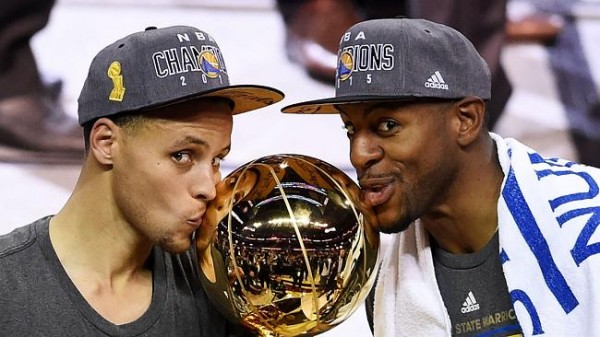 The Golden State Warriors proved to be the best team in the NBA from the beginning to the end of the 2014-2015 season. But the upcoming offseason will look to shake things up around the league, starting with the NBA Draft.

The Warriors seemed primed to repeat in 2016, as they will most likely have their core of Curry, Thompson and Iguodala as the backbone of a prolific lineup intact. Re-signing Draymond Green should be of utmost priority for the Warriors front office, as many teams would be in the hunt for his services.

Whatever the offseason’s outcome will be, the NBA will definitely continue to serve more intriguing storylines and spectacular games from every team in the league next season. But make no mistake about it: the team that will make the biggest “splash” from the get-go will be the defending champions by The Bay.

Why not turn your own predictions to gold? Create a betting account now and place your stakes on the 2015-2016 NBA season right away.