The Cleveland Cavaliers moved to within two victories of their first ever NBA title with a heart-stopping 96-91 victory over the Golden State Warriors in Game 3 of the NBA Finals on Tuesday. LeBron James once again led the Cavs with 40 points as he inched ever closer to giving his hometown team that coveted Larry O’Brien Trophy

All the momentum may be in Cleveland’s corner right now but make no mistake about it, there are still plenty of twists and turns left in this fascinating series. Read on below as we breakdown three reasons why the Golden State Warriors will pull off the victory in Game 4 and level this blockbuster matchup at two games apiece. While you’re at it, you can check out our preview of Game 4 of the NBA Finals here.

Three Reasons Why the Golden State Warriors Will Win Game 4

Stephen Curry is back

[sc:NBA240banner ]Heading into Game 3 of the NBA Finals, much of the talk revolved around Stephen Curry and his struggles on the offensive end. Ever since he took that nasty spill against the Rockets in Game 4 of the Western Conference Finals, Curry hasn’t looked like the league’s Most Valuable Player, shooting just 26-of-73 from the field and 10-of-36 from the three-point area.

He was simply atrocious in Golden State’s Game 2 loss to Cleveland, going just 5-of-23 from the field, including a woeful 2-for-15 from beyond the arc. His 13 missed three-pointers in Game 2 were the most in a single game in NBA Finals history.

Others attributed Curry’s horrible Game 2 performance to the excellent defense of Matthew Dellavedova. Curry shot just 0-for-8 from the field on Sunday and turned the ball over four times when Dellavedova was on him. The Delly effect was in full display again in the first half of Game 3 as Curry was held to just three points on 1-of-6 field goal shooting.

Just when we thought the Cavs have finally solved Stephen Curry, the newly-minted MVP reminded us that no one can stop him when he’s in the zone. Curry awoke from his slumber in the fourth quarter on Tuesday, erupting for 17 points on 5-of-7 shooting from downtown. Curry finished the game with 27 points, six rebounds and six assists as he shot an incredible 7-of-13 from beyond the arc.

That trademark Curry performance will give the Warriors belief that they can still comeback in this series. If he can bring that same type of effort in Game 4, Golden State stands a great chance of evening this series up at two games apiece.

The Emergence of David Lee 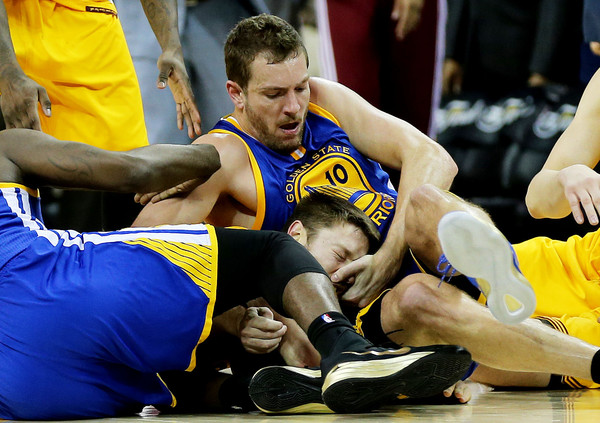 One of the few highlights for Golden State in its Game 3 loss to Cleveland was the brilliant showing of David Lee. The former All-Star showed he can still contribute for the Warriors, scoring 11 points on a perfect 4-of-4 shooting as he helped spark Golden State’s late rally. To illustrate Lee’s positive impact for the Warriors in Game 3, Golden State was +17 when he was on the floor against Cleveland. That’s a complete surprise considering he didn’t even play in the first two games of the NBA Finals. Lee  finished the game with 11 points, four rebounds and two assists.

Lee’s stellar play off the bench is a welcome development for head coach Steve Kerr who’s desperately looking for that right combination that will finally unlock the solid Cleveland defense. With Lee barging into the Golden State rotation, this will also give Kerr the luxury of providing the banged-up Draymond Green some more rest as he continues to deal with back ailments.

The Warriors Have Been Here Before 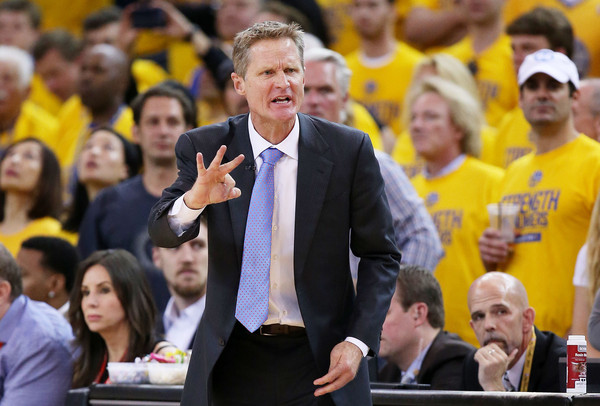 The Golden State Warriors may be down 2-1 in this series but make no mistake about it, Steve Kerr’s men will not be daunted by this deficit one bit. They have encountered this exact same scenario last month in the Western Conference semifinals and they passed that test with flying colors. All the momentum was with Memphis when it surged 2-1 ahead in the best-of-seven series against Golden State. With Game 4 set at the Grizzlies’ home lair, the Warriors’ backs were definitely against the wall.

Instead of shirking from the challenge, the Warriors thrived in it as they produced one of their best games of the season. The Warriors thrashed the Grizzlies, 101-84, thanks in large part to Stephen Curry’s 33-point outburst. The entire Warriors team shot 47.8% from the field in that game. Kerr characterized his team’s effort then as its most competitive in this year’s playoffs as his side finally understood the urgency of the situation.

The Warriors know that Game 4 is basically a must-win situation for them. A 3-1 deficit against LeBron James and the rest of the Cavaliers will be pretty tough to overcome. They can’t afford to fall in that hole so expect the Warriors to be aggressive right from the get-go and play with some urgency in Game 4. The Warriors will fancy their chances of grabbing the victory this coming Thursday as they haven’t lost three straight games all season.

Create a betting account now and put all your NBA Finals predictions to the test!