It isn’t a complete surprise to see Serena Williams and Angelique Kerber installed as favorites to win this year’s Australian Open. Williams (+150) and Kerber (+275) are the two highest-ranked players in the field and they love playing in this Grand Slam tournament. Serena has won this event a whopping six times and a victory this year would see her surpass the great Steffi Graf in Grand Slam wins Down Under. Williams’ preparations have hit a snag, though, with her shock second-round loss to Madison Brengle in Auckland last week.

That will be music to the ears of Angelique Kerber who enters this event as the world’s no. 1 female tennis player. The German achieved this lofty status by winning the Australian Open and the U.S. Open last year. Kerber’s rise to the top of women’s tennis began last year here at Melbourne Park when she stunned Serena in the finals in an epic three-set thriller. Just like Williams, though, Kerber’s form has been erratic to start the year with Kerber suffering early-round exits in Brisbane and Sydney. 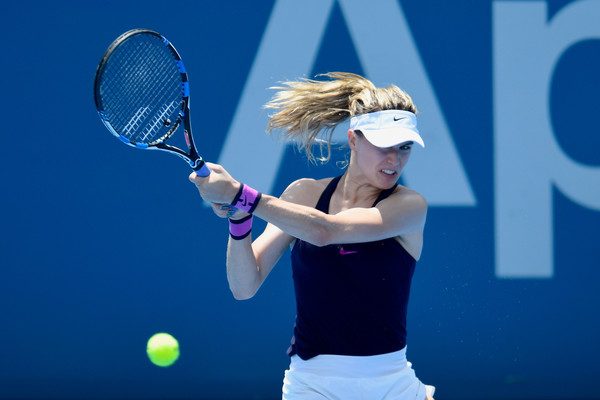 Looking for a worthy sleeper this week? How about Canadian Eugenie Bouchard. She’s starting to regain her old form after dropping down to 46th in the world rankings. Bouchard’s now through to the semifinals of the Sydney Open after beating Anastasia Pavlyuchenkova in straight sets last night. Bouchard has now reached the semis of this event the past two years. Her odds of winning the Australian Open are currently priced at +3,000.

Another player who can definitely surprise in this tournament is Karolina Pliskova. The Czech star showed her true worth at the Brisbane International earlier this month, beating Alize Cornet, 6-0, 6-3, in the final to grab her seventh career WTA title. That performance will serve her in good stead ahead of this week’s Australian Open. Pliskova’s last Grand Slam tournament resulted in an impressive runner-up finish at the US Open. She will look to go one better and win the year’s opening Grand Slam. Pliskova is pegged at +900 to do just that. 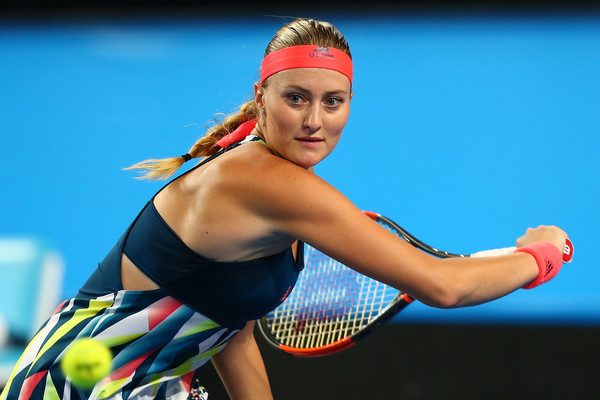 One long shot who can make a run at the Australian Open title this month is Kristina Mladenovic. Her forte may be in the doubles events but she can definitely spring a surprise in this year’s Women’s singles tournament. Mladenovic is off to a great start this year, winning the Hopman Cup alongside French teammate Richard Gasquet.

She may have finished with just a 2-2 singles record in that event but Mladenovic can take pride in the fact that she played a huge part in France’s upset win over the Roger Federer-led Swiss team in the semis. Mladenovic has yet to win a WTA singles title in her career but she did finish runner-up a couple of times last year (s-Hertogenbosch, Hong Kong). She is pegged at +5,000 to do the unthinkable and win the Australian Open for the very first time.

Create a betting account now and cash in on the first Grand Slam tennis tournament of the WTA season with America’s top online sportsbook.