Following a seven-game World Series for the ages won by the eternally title-starved Chicago Cubs, Major League Baseball’s next installment is sure to be another fantastic one when all 30 teams take to action in spring of next year. But as early as now, oddsmakers have already released odds on who they think will win the next championship, and the Cubs fittingly remain atop their list.

Let’s take a look below at the four current frontrunners that are expected to win the 2017 World Series, as well as list down all the odds for the league’s remaining hopefuls.

With arguably both the best hitting and pitching staff in the majors last season, the Chicago Cubs became the first 103-win team since 2009 as they mercifully put their century-long misery to rest by ultimately winning the World Series for the first time since 1908.

Even though a lot can still change in Chicago’s roster this offseason, the key pieces remain in place as the team aims for a repeat. The young outstanding duo of Kris Bryant and Anthony Rizzo will continue to carry the load with their bats for years to come, and the starting rotation of Jon Lester, Kyle Hendricks and Jake Arrieta is as best as it gets in the majors. The Cubs even added a capable reliever in Koji Uehara in wake of the departure of star closer Aroldis Chapman, who decided to return to the Yankees for next season. 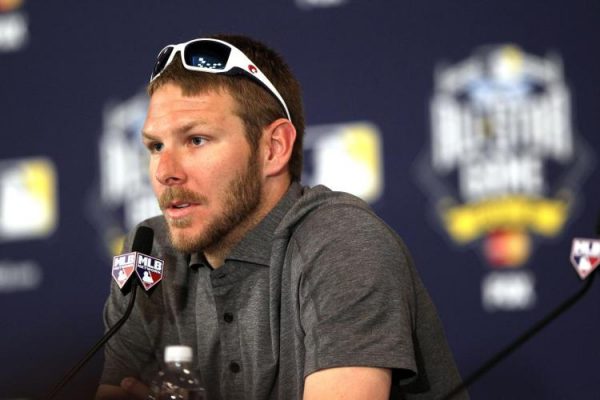 Never content to remain quiet in the offseason, the Boston Red Sox have once again made huge waves in the media with their wheeling and dealing this winter in hopes of bringing the World Series title back to Beantown.

The signing of stud starting pitcher Chris Sale from the White Sox is just one of the significant moves that has been set in place by Boston. He’s been a bona fide ace for quite some time now, having thrown no less than 200 strikeouts along with a sub-3.50 ERA in each of the past four seasons.

Sale’s addition to a starting rotation already featuring the likes of David Price and Rick Porcello catapults the Red Sox’s chances of winning a fourth World Series title in this millennium immensely, and there’s still plenty to love from their batting lineup even with David “Big Papi” Ortiz having retired from the sport. Notable upstarts like Mookie Betts, Jackie Bradley Jr. and Xander Bogaerts give a ton of promise for the Red Sox’s future, yet they’re capable enough as a group in speeding up the process of winning another World Series, which could very well come as early as next autumn at that.

The arms race is just beginning over in the National League, and rightfully so because the Cubs will be tough to beat talent-for-talent. Two NL East heavyweights in the Nationals and the Mets stand out over the rest at the moment, and both make very compelling cases indeed as for why they’re capable of ending the Cubs’ joyous reign over the majors.

The Nationals are going all-in by offering some massive contracts to sought-after players in free agency with a ton of cap room at their disposal. They already have a solid roster core that boasts the likes of Bryce Harper and Trea Turner on the plate and Max Scherzer and Stephen Strasburg on the mound. However, they’ve just whiffed out on two of the bigger names on the market thus far: closer Mark Melancon (signed with the Giants) and outfielder Yoenis Cespedes, who re-signed with the Mets.

Speaking of Cespedes, the Mets appear to be in better shape than the Nats right now with the simple re-signing of the Dominican slugger for the next four years and preventing him from playing for the Nats. Most of New York’s shortcomings last season can be blamed on the multitude of injuries, specifically to their entire starting rotation. With the best available hitter locked up and with health for the pitching corps on the horizon, the Mets could very well find themselves back in the thick of the postseason action next fall.

Why wait until the start of the MLB regular season? Create a betting account now to win big from all the exciting baseball wagering action from the offseason and beyond!