The BCS National Championship Game is nearing, but before the big game between Auburn and Florida State, the bowl schedule has a few more warm ups in store. Over the weekend is Saturday’s BBVA Bowl game followed by Sunday’s GoDaddy Bowl match.

The Cougars zoomed right out of the gate opening the season with a 5-0 SU record. Through eight games, the team was 7-1 SU, with the only loss coming from a close 47-46 defeat at the hands of BYU. As November rolled by, Houston found itself falling back to earth, going just 1-4 SU in that month. The Cougars prevented going winless in November by ending their regular season with a 34-0 drubbing of SMU.

Houston relies on its terrific defense that produced a 13th ranked scoring mark (20.2 PPG allowed). The Cougars have a great secondary duo of Adrian McDonald and Zachary McMillian who had five and four interceptions, respectively, during the regular season. Houston is among the best spread coverers in the nation as evidenced by a 10-2 ATS record overall. [sc:NCAA240banner ]

Playing in the postseason used to be a wild, elusive dream for the Commodores, but here they are appearing in their third straight bowl game. Vanderbilt is not just happy to be in a bowl game as it plans to win its fifth straight in the BBVA Compass Bowl.

But the Commodores will have to accomplish that feat without starting QB Austyn Carta-Samuels (knee). Starting in his relief is freshman Patton Robinette, who will still have Jordan Matthews as a primary target. Matthews is one of the best WRs in college football, even leading the tough SEC in yards per game with 111.2 while being second in total receiving yards with 1,394. Vanderbilt is 4-0 SU and 3-1 ATS in its last four games overall.

For the third straight year, the Red Wolves will be gunning for a GoDaddy Bowl title. They have split their previous participations in the event: Arkansas State lost to Northern Illinois in 2012 and won over Kent State last year. More than the team’s familiarity with the bowl game, the Red Wolves are also well acquainted with the Ladd-Peebles Stadium where they have played four times in three seasons.

Offense is the name of the Cardinals’ game. Quarterback Keith Wenning is a prolific gunslinger, evidenced by his MAC-leading 327.8 passing yards per game and 34 passing touchdowns. Always there to catch his heaves is WR Willie Snead, who completes the terrific duo of the MAC’s top ranked passing offense (333.3 yards per game). Snead is also the conference’s best wide receiver with 1,429 yards and 14 TDs. 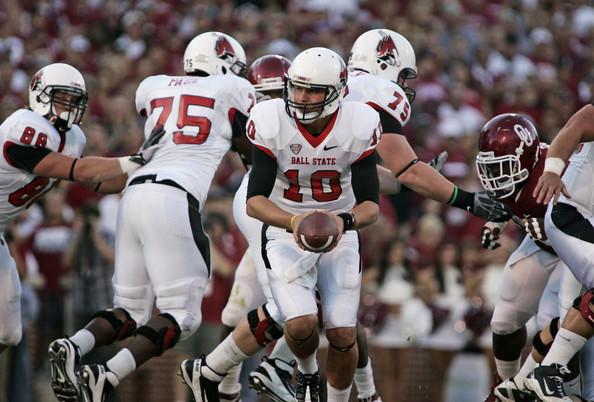 With that, it comes as no surprise that the program is the best scoring team in MAC (and even one of the best in FBS) as it registers the nation’s 12th ranked scoring offense of 40.1 PPG.

Ball State is 8-1 SU and 4-0 OVER in its last nine and four games, respectively.