Best Games to Bet On Today: Michigan vs. Duke & Suns vs. Grizzlies

Duke and their star freshman look to bounce back from another tough loss, but last year’s beaten finalists won’t be pushovers. And in the NBA, the surprising Suns aim to add insult to the injury-ridden Grizzlies.

The Wolverines have already dropped two out of their seven games to unranked opponents. Sophomore Nick Stauskas has taken the mantle as the team’s top scorer with 20.3 points/game, but fellow sophomores Glenn Robinson III and Mitch McGary have shown only marginal improvement thus far. The over is 6-1-1 in Wolverines last 8 road games.

Speaking of the national title game, Duke’s credentials as contenders have taken a hit after losses to other heavyweights Kansas and most recently, Arizona. Freshman sensation Jabari Parker had statistically his worst game of the season, but still finished with 19 points. They’ll have the Cameron Crazies to cheer them on as they look to bounce back at home against the Wolverines. The Blue Devils are 6-2 ATS in their last 8 home games. 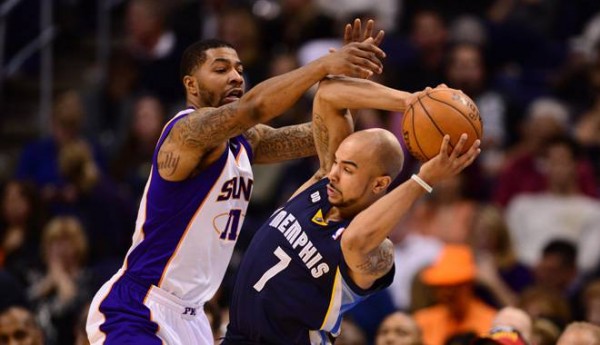 Looming just outside the last playoff spot in the West, the Phoenix Suns are one of the surprises of the season so far. Equally surprising is the Suns’ NBA-best 7-1-1 ATS record on the road this season. Their leading scorer, Eric Bledsoe, is back after missing a handful of games with a shin injury. Rookie head coach Jeff Hornacek must now decide what to do with Dragic, who excelled in Bledsoe’s absence.

Lurking behind them are last year’s conference finalists, the Memphis Grizzlies. The Grizzlies have lost their last three home games following the loss of their pivotal center Marc Gasol to a knee injury, dropping them to 8-8 SU. Zach Randolph also missed their last game against the Nets with a toe injury and is questionable for tonight’s game.