The NBA and the NHL Playoffs keep rolling along with two mouth-watering games coming your way tonight. Opening festivities tonight is the Game 6 showdown between the Pittsburgh Penguins and the Tampa Bay Lightning. Following shortly thereafter is Game 4 of the Western Conference Finals between the Golden State Warriors and the Oklahoma City Thunder.

Read on for a quick breakdown of these two pivotal games and while you’re at it, you can check out our preview of the Dean & DeLuca Invitational.

The Tampa Bay Lightning moved to within a victory of the Stanley Cup Finals with a gripping 4-3 overtime win over the Pittsburgh Penguins on Sunday night. Tyler Johnson was the hero for the Lightning in that pivotal Game 5, scoring the game-winner 53 seconds into overtime to give the Bolts that all-important 3-2 series lead. Johnson has now scored seven goals for Tampa Bay this postseason.

Action now shifts to the Sunshine State for Game 6 with the Penguins now fighting for their tournament lives. For them to force a winner-take-all Game 7, they will need a towering performance from either Marc-Andre Fleury or Matt Murray. Fleury was disappointing on Sunday, allowing four goals on 25 shots in his much-anticipated return in Game 5. Murray, on the other hand, has slowed down after his scorching postseason start, losing three of his last six playoff games.

The Lightning are 4-1 in their last five home games against the Penguins. 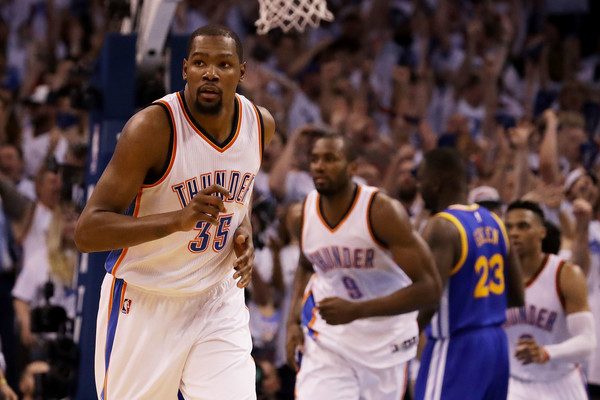 Oklahoma City will head to Game 4 with momentum on its side after recording an emphatic 133-105 victory over the Golden State Warriors on Saturday night. Six players scored in double-figures for the Thunder who now lead the best-of-seven series, 2-1. Kevin Durant and Russell Westbrook combined for 63 points for the Thunder who led by as much as 41 markers in this contest. It was the first time this postseason that both Durant and Westbrook shot better than 50 percent from the field.

For the Warriors to even the series in Game 4, they will need to do a much better job on the rebounding front. The Thunder reasserted their dominance on the glass in Game 3, outrebounding the Warriors, 52-38. That’s a far cry from the 54-rebound performance Golden State put up in Game 2. Fortunately for the defending champions, Draymond Green will see action tonight after the NBA chose not to suspend him for his Game 3 kick to the groin of Oklahoma City center Steven Adams.