And then there were two. The San Jose Sharks and Pittsburgh Penguins are pumped up and ready to rumble tonight for Game 1 of the 2016 Stanley Cup Finals. There’s no question that a win here is going to be huge for both teams in gaining confidence and momentum in this best-of-seven series. Who do you think will draw first blood?

Meanwhile, the action over at the NBA is bound to surely satisfy your basketball cravings as well, when the Oklahoma City Thunder and the defending champion Golden State Warriors battle it out in Game 7 of the Western Conference Finals. Can the Thunder finally dispatch the Dubs for good? Or will the Warriors complete the comeback, and make their second-straight finals appearance?

Read on below for a quick look at both matchups. You can also click here for some MLB regular-season action between the Los Angeles Dodgers and Chicago Cubs afterwards.

San Jose is in a relatively good position to win tonight. Yes, this is only the first time in franchise history that the Sharks have reached the Stanley Cup Finals, but that’s probably not going to matter much throughout this series.

What’s going to matter most for the Sharks is their high-octane offense. They’ve scored at least five goals in six of their 18 postseason games thanks to immense efforts from captain Joe Pavelski, who holds a team-best of 13 goals along with four game-winners, and veteran Joe Thornton, who has gathered a total of 15 assists under his name. The Sharks have also converted on 17-of-63 power-play opportunities.

It’s worth noting, though, that the Sharks have failed to take care of business away from home lately, losing four of their last six road games. They’ve also gone 1-2 in their previous three visits to CONSOL Energy Center. 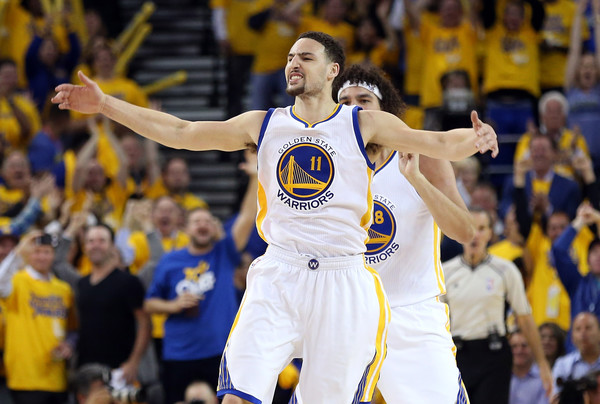 It’s only fitting that this series will be decided in a do-or-die Game 7. The Thunder, who at one point led the series, 3-1, are in a serious predicament. They’ll be playing in front of a very loud and hostile Oracle Arena crowd, and there’s no question that their chances of winning will mainly depend on the pair of Kevin Durant and Russell Westbrook. Both are averaging 28.5 and 26.4 points, respectively, this postseason. OKC is 5-5 SU and 6-4 ATS in its past 10 road games.

Meanwhile, expect the Warriors to look to their own superstars in Stephen Curry and Klay Thompson to carry them to another victory. The two combined for 72 points in the win in Game 6 and Thompson, in particular, was undoubtedly better during that game as he scored a career playoff-best of 41 points. Thompson also went 11-of-18 from beyond the arc, which set a new postseason record for most three-pointers in a game. Golden state is 9-1 SU and 8-2 ATS in its last 10 home games.

For more about this colossal encounter, click here to check out our comprehensive preview.

It’s too difficult to see the Warriors losing at home and in such a crucial game. They eventually pull away from the Thunder in the fourth quarter to seal a ticket to the NBA Finals. The defending champions (-7) won’t cover the spread, though.