Few things in sports are better than a Game 7 in the NHL Stanley Cup Playoffs. No wonder all eyes will be on the showdown later tonight between the St. Louis Blues and the Dallas Stars, as both teams look to book a ticket to the Western Conference Finals. Over at the NBA, the Portland Trail Blazers pay the Golden State Warriors a visit for a pivotal Game 5 of their own series.

Read on below for a quick breakdown of these two critical playoff games and while you’re at it, you can check out our previews of Game 5 between Miami and Toronto.

A can’t-miss Game 7 is on tap later tonight at the American Airlines Center as the Blues and the Stars play the last game of their Western Conference Second Round series. Brian Elliott (7-6, 2.39 GAA, .926 SV% this postseason) is pressured to come up with a great performance tonight, as he’ll be in between the pipes again following the Blues’ 3-2 loss in Game 6 on Monday.  The Stars, meanwhile, will have the ever-reliable Kahri Lehtonen on the other end of the ice. The Finnish netminder made 35 saves in Dallas’ critical Game 6 win. Lehtonen has a 2.58 GAA and a .908 save percentage in this year’s playoffs.

The Blues are 7-3 in their last 10 road games against the Stars. They are pegged at +425 to win this year’s Stanley Cup.

Click here for an in-depth breakdown of this winner-take-all match. 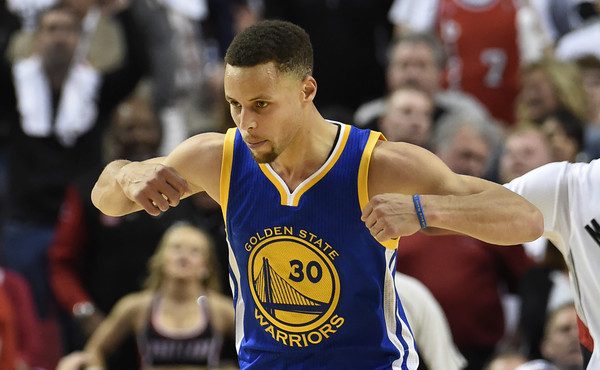 The Golden State Warriors moved to within a victory of advancing to the Western Conference Finals with a thrilling 132-125 overtime victory over the Portland Trail Blazers in Game 4 of their semifinal series. The returning Stephen Curry scored 17 of his 40 points in the extra period to propel the defending champions to a commanding 3-1 series lead.

Action now shifts to Oakland for Game 5 with the Blazers now fighting for their tournament lives. For them to force a decisive Game 6, they will need another towering performance from Damian Lillard. He recorded 36 points, 10 assists, six rebounds and one block over 47 minutes in Monday’s heartbreaking loss to the Warriors. Lillard has been a vital cog in Portland’s success this postseason, leading the team not only in points (26.3 PPG) but also in assists (6.2 APG) and steals (1.2) as well.

The Warriors are 6-0 SU and ATS in their last six home games against the Blazers.