The Alex Rodriguez suspension was handed down by Major League Baseball today and it will change the landscape of baseball for fans and bettors alike.

With implications reaching beyond just the Yankees odds of making the postseason, the A-Rod Biogenesis suspension will change the roadmap for free agents and for many small market teams because the Yankees will escape their luxury tax obligations.

The Alex Rodriguez Biogenesis scandal will be a major reason why New York Yankees will miss the playoffs for only the second time since 1995 and why your 2013 World Series Yankees bets will lose. Sure injuries to other key players like Mark Texeira, Derek Jeter, and Curtis Granderson all hurt the playoff hopes of 2013 New York Yankees but the impact of Alex Rodriguez goes way past missing him at third base.

First, Alex Rodriguez’s annual salary and contract length, the largest in the history of the MLB at the time, tied the hands of the mighty front office’s hopes of landing new talent. Second, the off-field distractions and annual circus-show surrounding A-Fraud doomed this team and overshadowed Mariano Rivera’s retirement run. Third, his hip injury coming into the season caused this team to scramble and have an unsettled roster at yet another position.

Their playoff hopes may have ended and so close many of your 2013 MLB Futures bets but it also will impact the league in many other ways: 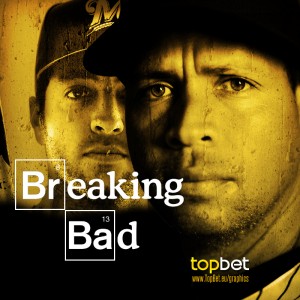 Alex Rodriguez has positioned himself to become one of the biggest villains in MLB history. Image courtesy topbet.eu/graphics

While the Yankees front office had their hands tied this season, the future for the 2013 Bronx Bombers will be looking up and many other teams’ futures are starting to look blurry.

With A-Rod’s salary off the books, the team will have the budget to go after free agents in 2014. This is of course barring the team going for a major contract acquisition at the waiver deadline.

The 2014 luxury tax has an allotment for approximately $177 million in salary and assuming Alex Rodriguez’s $27.5 million comes off the books, the Yankees will drop from $189 million to below the threshold. While we see the Yankees as continual big players in the market, next year’s luxury tax was something they wanted to avoid and they may have been the biggest lobbyist in the MLB camp to turn the Biogenesis evidence into a lengthy suspension for A-Rod. This way the Yankees free themselves of our of their albatross contracts and can start re-tooling their contract to compete with the Orioles, Rays, and Red Sox in hopes of increasing their odds of winning AL East.

When it comes to predictions of who will win the 2014 World Series, this not only means the Yankees hopes will in fact improve next season, it also impacts the budgets of small market teams who were counting on their portion of the luxury tax payouts from the league. This would mean teams like the Twins, Rays, Brewers will have less income by the luxury tax. Combining this with the Ryan Braun situation, it could become very easy for the Milwaukee Brewers to set 2014 to become a lost year and go into a forced rebuild year with the public sentiment in their favor.

We’ve now seen that Alex Rodriguez’s involvement in the Biogenesis scandal will cost the Yankees a postseason berth this season but also that it means that they’ll be right back into the game next season. With a list of potential 2014 free agents headlined by their own Robinson Cano, Jacoby Ellsbury, Carlos Beltran, and Shin-Soo Choo, this team could choose to go in many directions.

Add on that the list of potential 2015 MLB free agents list includes stud pitchers like Jake Peavy, Max Scherzer, and Clayton Kershaw, this squad could look much different very quickly and there’s not much any small or medium-market team can do about it.

Again for anyone looking into the crystal ball in hopes of seeing predictions of who will win the next World Series, every move the Yankees make moving forward will have ramifications on the rest of the league and that’s exactly why former Yankee-skipper Buck Showalter blew a lid talking to reporters about his and every other team being scared they’ll lose their young stars soon enough.

Big contracts have been getting thrown around wildly since A-Rod signed his 10-year $275 million contract. The most notable being the signings by the Los Angeles Angels of Albert Pujols and Josh Hamilton at $240 million and $125 million apiece. Add the 7-year $126 million Vernon Wells signed and the 8-year $184 million Joe Mauer contract and you now have more than enough reasons for the entire sport of baseball to come to terms with an endless list of huge contracts which are absolutely ridiculous. Alex Rodriguez opened the floodgates and he may be the reason it ends.

Yes some of the contracts (appear) to work out, like Miguel Cabrera’s 8-year $152 million, but almost every other one has resulted in absolutely devastating results like Mark Texeira’s and Todd Helton’s and Johan Santana’s.

If anything good for the sport of baseball comes out of this, let it be that teams start recognizing that locking up assets for 10 years also locks them to their life styles, their personal dilemmas, their increasing odds of injury, and their inevitable demise as fan favorites. A-Fraud, Lance Armstrong, and many others have proven over and over again that the pressure on mega-stars to perform makes them think they have to choose the easy way out for the sake of upholding their image. 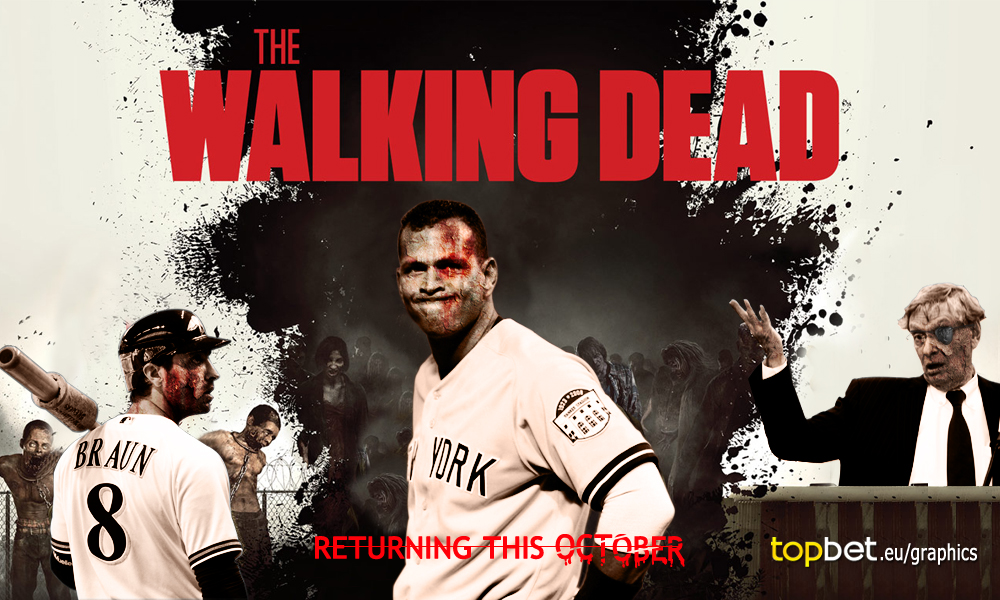 Until his arbitration hearing is over, A-Rod is Walking Dead thanks to the Commissioner’s vendetta against him.

Sportsbook Betting – What to Look For

Looking to keep up on which team to bet on to make the 2014 MLB Playoffs? Then keep an eye out for these signals related to this scandal:

Bet on MLB at TopBet.eu and earn a 50% bonus on your first deposit. You’ll also get a Free Bet on every Sunday Night ESPN baseball game!