The preliminary weather forecast for Super Bowl XLVIII is in. According to AccuWeather, the temperature for the big game on February 2 will likely be near freezing (around 33 degrees in the evening), but the chance of snow during the game is unlikely. Of course, this is weather we’re talking about, so take that with a grain of salt.

But should the forecast stay more or less accurate, how exactly will it affect the Denver Broncos and/or the Seattle Seahawks and their chances of lifting the Lombardi Trophy? 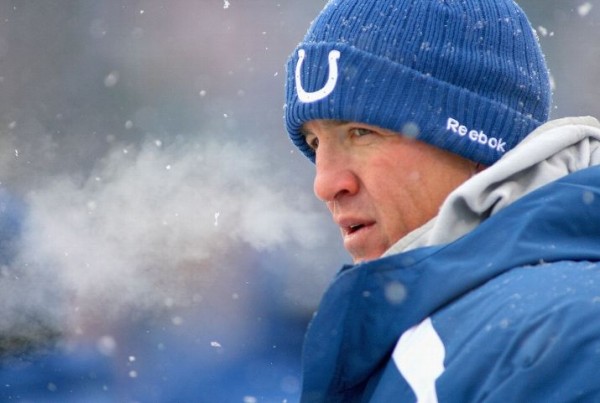 Once the Broncos secured their first trip to the Super Bowl since 1999, the weather angle immediately increased in fascination. Why? Because of the enduring narrative that Peyton Manning – arguably the greatest quarterback in NFL history – wilts in colder temperature.[sc:NFL240banner ]

That perception is intrinsically linked to his win-loss record. According to Pro Football Talk, Manning is just 4-7 in games when the temperature at kickoff is 32 degrees or colder (below freezing), and a big 0-3 in the playoffs. Even when the range is propped to 40 degrees and below, he still has a losing record at 11-12. Manning is 2-2 in such conditions as a Bronco.

So his teams don’t seem to win as often, but is it due to Manning’s poor play? Business Insider’s statistics say that Manning indeed plays below his all-time great (albeit dome-inflated) career norms in “cold temperature” (defined as 40 degrees and below). He’s definitely not Ryan Leaf-bad, but also not MVP-level Manning either.

On the whole though, Manning has generally played close enough to his normal rate of efficiency to say that the cold doesn’t completely alter his performance as some would suggest.

Manning is obviously the key of the Broncos offense, but if he does indeed have a bad game in the cold, the Denver running game has proven it can step up, just like it did in Week 12. Manning had his worst statistical game of the season (19-36, 150 yards) against the Pats in 22 degree weather, but the Broncos ran for 280 yards. Furthermore, the Broncos have rushed for 100+ yards in eight of their last nine games. 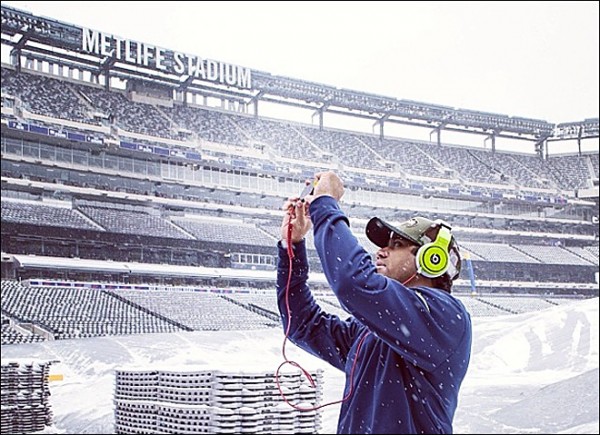 Second-year quarterback Russell Wilson doesn’t have as extensive a history in unkind conditions as the grizzled vet Manning. Of Wilson’s 36 career NFL starts – 32 regular season and 4 postseason games – he has played in only one game with the temperature under 40 degrees.

That came this past December against the New York Giants – in MetLife Stadium, and with snow. Wilson completed 66% of his passes for 206 yards, 1 TD and 1 INT but he also ran for 50 yards as the Seahawks ran out comfortable winners, 23-0.

One Seahawks player who does have some experience playing in cold and snowy conditions is running back Marshawn Lynch. Lynch started his career at Buffalo, where he ran for over 1000 rushing yards in each of his first two seasons. Prior to his move to Seattle, five of Lynch’s six 100+ yard rushing games as a Bill were played below 40 degrees.

Regardless of weather, the Seahawks’ gameplan should remain as it has been for virtually the entire season, which is that Lynch is and should be the “lynchpin” of the Seattle offense. So far, that gameplan has delivered; he has played in 6 playoff games, and each time he has rushed for over 100 yards, the Seahawks have been victorious.

When you’re ready to pick your favorite team in this year’s Super Bowl, head to Top Bet where the Broncos are currently a 2.5 point favorite and the total points in the game is set at +/- 48 points.