The Detroit Red Wings are barely hanging in the third spot of the Atlantic Division standings, as they lead the Tampa Bay Lightning by just three points. They can create some more separation later tonight if they could take care of the Pittsburgh Penguins, who are chasing at least a wild card spot in the Eastern Conference.

Read on for an in-depth breakdown of this much-anticipated clash. You can also check out our preview of the game between the Washington Redskins and New York Islanders.

Detroit’s road woes continued on Monday as the Red Wings suffered a humiliating 4-1 loss to the New York Islanders at Barclays Center. The Red Wings have now dropped their last three games on the road to fall to 14-9-3 away from Joe Louis Arena.

For the Red Wings to return to winning ways against the Penguins tonight, they will need to focus on their defense once again. They have conceded a whopping 13 goals in their last three road games. The onus then is on goalie Petr Mrazek to hold the fort for the Red Wings this evening. For the season, Mrazek has a 22-10-5 record, 2.02 GAA and .930 save percentage with four shutouts. Mrazek’s GAA is the best in the NHL, his save percentage is tied for third and he’s tied for ninth in wins.

Mrazek will need to be at his best, though, against a Pittsburgh offense that has excelled against Detroit of late. The Penguins have scored at least four goals in seven of their last 10 meetings (6-2-2) with the Red Wings. The Red Wings will need to put the clamps, in particular, on Patric Hornqvist. The 29-year-old has scored seven points (two goals, five assists) in his last five meetings with the Red Wings. 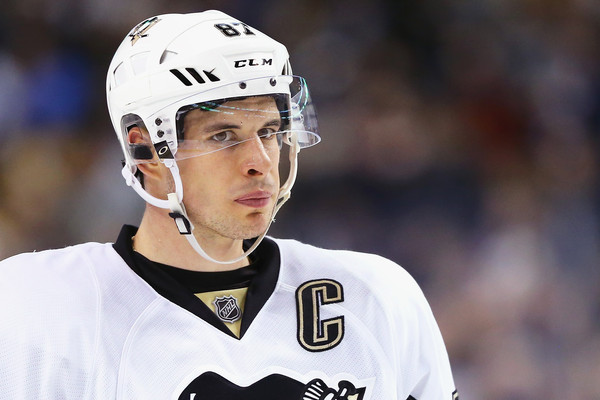 The Pittsburgh Penguins ended their two-game road trip on a sour note as they absorbed a gut-wrenching 2-1 shootout loss to the Florida Panthers on Monday night. It was a disappointing loss for the Penguins who won their two previous meetings against the Panthers in overtime.

They will look to get their season back on track when they face the Detroit Red Wings tonight. The Penguins will fancy their chances of doing just that as they have fared extremely well against the Red Wings at home of late. The Pens have won four of their last six meetings with the Red Wings at Consol Energy Center.

Expected to lead Pittsburgh in tonight’s game are Sidney Crosby and Chris Kunitz. Crosby has scored 20 points in his last 10 home games, nabbing 14 goals and six assists. Kunitz, on the other hand, has racked up 13 points (six goals, seven assists) in his last 12 outings. They will need to step up big time tonight as 2012 Hart Trophy winner Evgeni Malkin is still out with a lower-body injury.

The Penguins are 6-1 SU in their last seven home games.