Believe it or not, it took the Pittsburgh Steelers almost 40 years before they won their first pro-football playoff game. That first win is what we now all remember as the “Immaculate Reception” game. Not only was it among the most memorable games in NFL history, it’s also the most cherished by Steelers fans.

Brutal weather and a  violent game helped etch this AFC championship battle between the Steelers and the Raiders into the memories of many die-hard Pittsburgh fans.  For most of the game, it was an offensive struggle for both teams. Only three points had been scored through three quarters, setting up a gripping fourth quarter to decide who would represent the AFC in the Super Bowl.

In the last quarter, the teams’ offense began to show some life; the Raiders scored 10 while the Steelers registered 13 more. With 12 seconds remaining on the game clock and the Steelers clinging to a slim 6-point lead, the Raiders recovered a fumble and tried to stage one last charge to grab the lead, but time ran out.

The Steelers held on for a 16-10 win in their rendition of the “Ice Bowl” and went on to play in the Super Bowl that season. 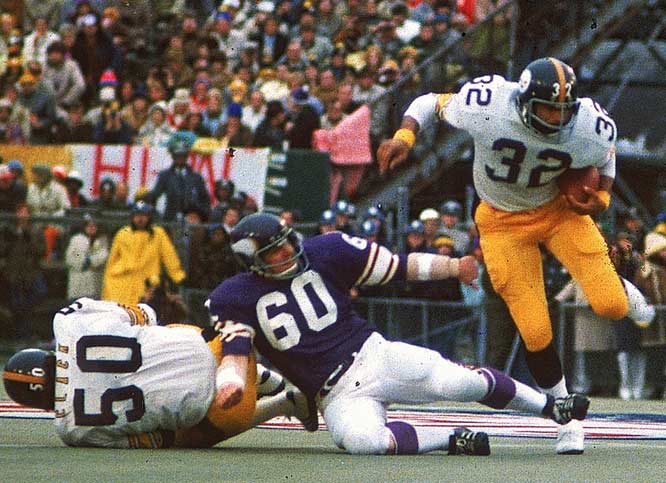 It’s always the first Super Bowl that tastes the sweetest—especially when it comes after several years of frustrations. That was the case for the Steelers in 1975, when they finally won the franchise’s first NFL championship since being founded in 1933.

Considered to be one of the best defensive teams in history, the Steelers grounded the Vikings from the first to the third quarter, holding them scoreless. Still, the match entered the fourth quarter with the Vikings still within striking distance, trailing Pittsburgh 9-0.

A blocked Steelers punt in the last quarter resulted in a Vikings touchdown, trimming Pittsburgh’s lead 9-6. A series of downs later, the Steelers put the game away when Terry Bradshaw connected on a 4-yard touchdown pass to tight end Larry Brown, giving Pittsburgh a 16-6 lead. The score stayed put after that play, and the Steelers finally won their first Super Bowl. 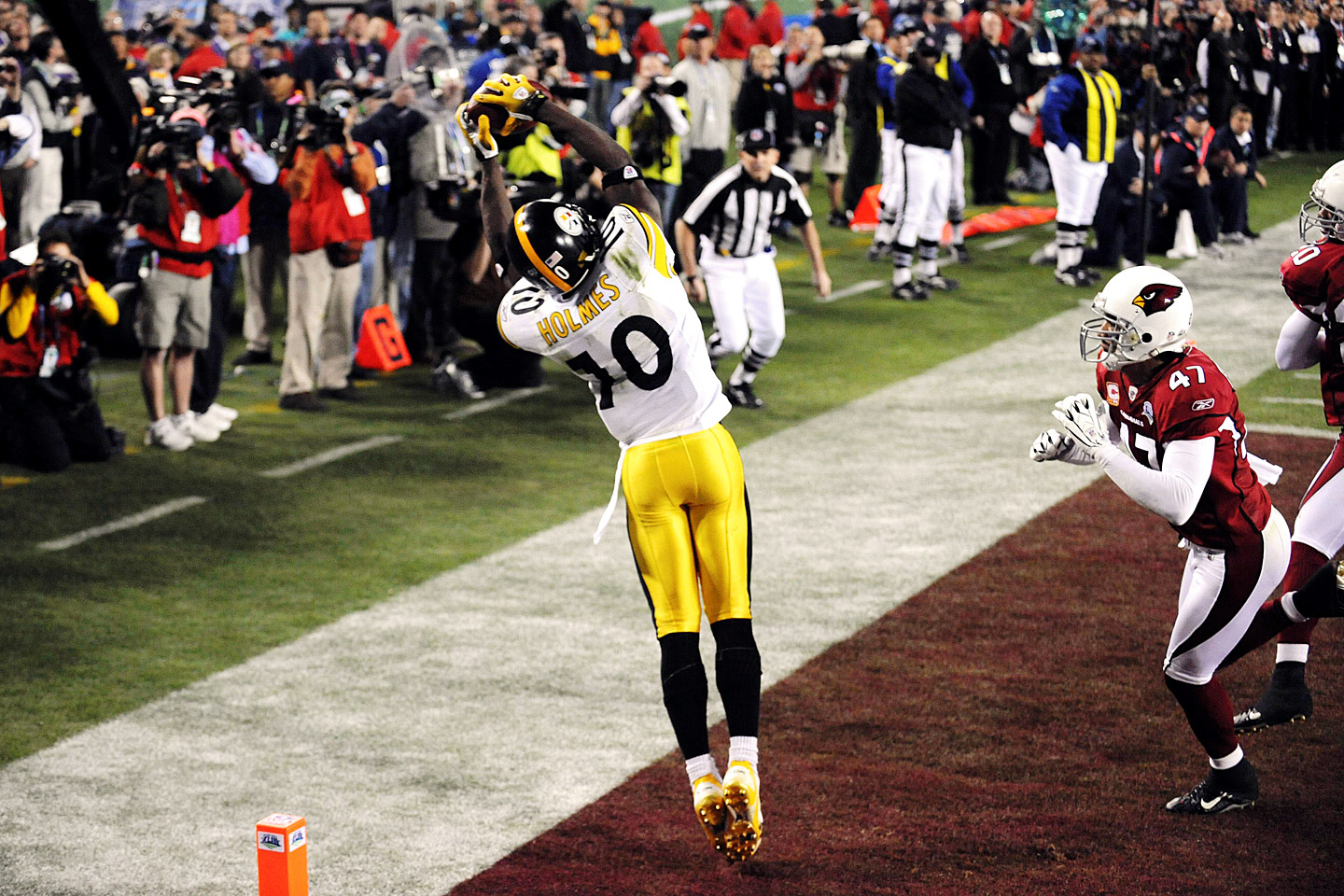 People who were neither Steelers fans nor Cardinals fans might say it was the best Super Bowl game they witnessed. Imagine how much more it meant for the Terrible Towel-waving Pittsburgh fans.

The game was like a movie chock-full of memorable scenes. Early in the game, Ben Roethlisberger appeared to score a touchdown before officials called it back, resulting in a Steelers field-goal for the game’s first points. Then, just before the halftime, James Harrison burned rubber when he ran a record-setting 100-yard interception.

Heading into the fourth quarter down 20-7, the listless Cardinals looked like sitting ducks for the Steelers to prey upon. However, they mounted a comeback, scoring 16 unanswered points to take the lead, 20-23.

Reed successfully kicked the extra point to give Pittsburgh a 27-23 lead, and that was all she wrote for Super Bowl XLIII.

On the line was the AFC championship title—one the Steelers had last claimed in 1979 prior to the 1995 season. And though they beat the Colts in this game, 20-16, it wasn’t before Jim Harbaugh gave them a scare right on the very last play.

With five seconds left in the game, the Colts were trailing, 20-16. Jim Harbaugh, who just led the Colts to the Steelers’ 29, threw a hail mary. The ball sailed through the air before getting momentarily caught by Aaron Bailey. Bailey failed to secure the ball and it tumbled into the ground allowing the Steelers to escape.

It was a single moment that defined the most memorable game for Steelers fans. It can even be argued that, without it happening, there wouldn’t be a Pittsburgh dynasty in the 1970’s.

So what happened? Two days before Christmas of 1972, the Steelers and Raiders were in a very tightly-fought AFC Divisional playoff game. Down by a pair of field goals, the Raiders, scored seven points via a Ken Stabler 30-yard rush touchdown to give the Raiders a 6-7 lead with 1:13 left in the game clock.

Here’s where the miracle starts. Terry Bradshaw, one of Pittsburgh Steelers best quarterbacks of all time, faced with a fourth-and-10 at their own 40-yard line, threw a pass intended for John Fuqua. The ball bounced and Franco Harris, who was at the right place at the right time, caught it before racing to a miraculous touchdown. The Pittsburgh Steelers won the game with a score of 13-7. It was the Steelers’ first playoff win since their inception in 1933.

The Steelers have played many legendary games over the years. Will any of their games in 2013 stand out as memorable?

Tune in to Top Bet sports to stay updated on odds during the course of the Pittsburgh Steelers season. Check out the futures odds for the Steelers to win the AFC North, AFC, and the Super Bowl this coming 2013 season in our sportsbook.