How Does the NFL Season Work?

Finally, T.G.I.F.S.: Thank God It’s Football Season! The long-awaited NFL season has kicked off, which basically means Sundays will be spent by millions upon millions of Americans either cheering like mad in a live crowd or parked on the couch watching some football.

But maybe you’re new to the world of football, and want to learn the essentials about the game that excites so many Americans, and indeed, people around the world. If so, fear not! Read on for a breakdown of how the NFL season works, including the handy visual guide below, and while you’re at it don’t miss our introduction to why the NFL preseason doesn’t matter.

Complete Breakdown of How the NFL Football Season Works

First things first: how is this league arranged?

[sc:NFL240banner ]The AFC and NFC were created after the NFL merged with the American Football League (AFL) in 1970. The AFL had 10 teams at that time, which combined with 16 NFL teams. In order to balance the league up, the 10 AFL teams along with the NFL’s Cleveland Browns, Pittsburgh Steelers, and Baltimore Colts formed the AFC, while the remaining 13 NFL teams became the NFC.

The addition of the Tampa Bay Buccaneers, Seattle Seahawks, New Orleans Saints, Jacksonville Jaguars, Cincinnati Bengals and Houston Texans via expansion pushed to the league to the 32 teams we have today.

Within those two conferences, the 16 teams are further subdivided into four divisions each – North, South, East, and West in each conference. As you may have guessed, the members of these four divisions are, for the most part, grouped according to their region in the geographic map of the United States.

Here’s an overall breakdown of all 32 teams by conference and division:

All 32 teams play 16 regular season games each. A set formula to determine each team’s schedule for a given year. This formula is as follows:

This one’s pretty self-explanatory. Let’s say you’re the Cowboys. You have to play the other three teams in the NFC East – the Eagles, the Giants and the Redskins – home and away every year. The annual matchups against division opponents have built up some fierce rivalries over the years, especially in divisions such as the NFC East and the NFC North.

The Cowboys are slated to play the NFC West this year. Last year, they played the NFC North. So it follows that next year, they’re going to face the NFC South before facing the NFC West again in 2016.

This is basically the same logic from the previous item, only in another conference.

That’s how the 16 games are determined. But those 16 games won’t be played in 16 straight weeks. Each team will be given one week off – known as a “bye week” – wherein they won’t be scheduled to play. Teams can use this break to adjust schemes or recuperate from the grind of playing professional football. These bye weeks will be distributed in between Weeks 4 to 12, with as few as two or as many as six teams inactive in a given week.

The majority of NFL games are played on Sundays (which makes the league easy to follow in a relatively efficient time frame), with one game played during primetime on Monday one on Thursday night in a given week. See our breakdowns of the schedules for Sunday Night Football and Monday Night Football for the entire 2014 season for more on those key, marquee games each week. 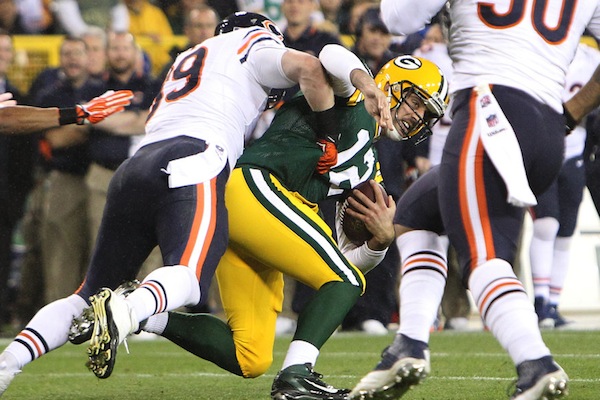 After all 512 regular season games have been played, a total of 12 teams – six from each conference – will move on to the playoffs, a single-elimination tournament where the winner advances to the next round and the loser goes home.

Because of the importance given to division winners, relatively bad teams, like last season’s 8-7-1 Green Bay Packers, can reach the playoffs by virtue of winning the NFC North, while the 10-6 Arizona Cardinals were left out.

That was because the Seattle Seahawks won the Cardinals’ division – the NFC West – while the San Francisco 49ers (also from the NFC West) and the New Orleans Saints took the two Wild Card places.

The six playoff teams per conference will be seeded from No. 1 to No. 6. The four division winners will automatically be awarded the top-four seeds, and will be further arranged by their records or possible tie-breakers. The two Wild Cards, regardless of whether they’re record is better than any of the division winners, can be no higher than the No. 5 or No. 6 seed.

The No. 1 and No. 2 seeds from each conference will be awarded a bye in the first round, commonly known as the “Wild Card Round”. In this round, the No. 3 seed will face the No. 6-seeded Wild Card, while the No. 4 seed takes on the No. 5-seeded Wild Card.

Whoever advances in the No.3-vs.-No. 6 matchup will face the No. 1 seed, and the winner of the No. 4-vs.-No. 5 takes on the No. 2 seed in the so-called “Divisional Round”. Finally, the winners of those will go on to the “Conference Championship Game” with a place in the Super Bowl at stake. 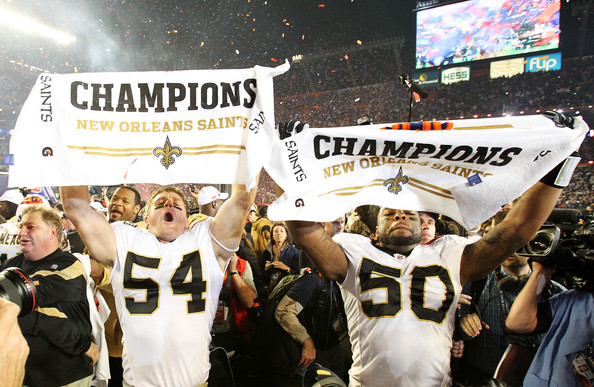 After the conference championship games, the two teams take an extra week off instead of the usual one between playoff games a) for the two teams to really rest up and prepare and b) to milk every second of publicity and media coverage from a public that just can’t wait for the big game.

Just how big of a deal is the Super Bowl? It may just be bigger than the World Series, NBA Finals and Stanley Cup combined! Well, maybe not that big, but it’s certainly a much bigger deal than any of their counterpart championships in other sports.

It’s so big that it’s almost impossible, even for people not quite as familiar to the NFL, to not have been exposed at some point to the festivities. From annual viewing parties to the eagerly-anticipated commercials, nothing signifies how ingrained football is in the modern American culture more than the Super Bowl.

And as for the game itself, the winners achieve an immortality of sorts by winning the fabled Lombardi Trophy, while the losers will be just another team to fall by the wayside. So yeah, no pressure at all.

Simple as that! The NFL is an amazing sport to get into as a fan, and it can be made even more exciting when there’s a little something extra on the line. Create a betting account now to get into the football action on an entirely different level today.