In the immortal words of Yankees legend Yogi Berra, “It’s not over till it is over.”

But for any opposing team heading into the ninth while trailing the Yankees, the first drum beat of Metalica’s Enter Sandman signalled the beginning of the end. The mere sight of Mariano Rivera trotting out of the bullpen was baseball’s way of handing them a death sentence.

That’s why we consider him a Top Bet Hall-of-Famer. Fans will miss him, and bettors even more.  For those who wagered on the Bombers over the years, it was guaranteed money in the bank whenever Rivera came out of the bullpen.

The most guaranteed bet in sports

No one did it better than Rivera. No one could say otherwise in their right mind. Nobody closed a game like him. Rivera stifled rallies and retired batters with clockwork efficiency, his cut-fastball leaving many with broken bats and shattered spirits. [sc:MLB240banner ]

There’s no such thing as a sure bet, but Rivera’s presence on the mound was the closest thing to perfection in baseball. He was the epitome of a Top Bet.

Rivera has accomplished nearly everything a baseball player at his position could ever dream of. He won five World Series and closed four of them, none more memorable than the 2000 Subway Series against the Mets. He was named an All-Star 13 times.

But it was his impeccable performance on the mound in clutch situations that earned him the endless flow of tributes and honors that showered him in the last season of his illustrious career. 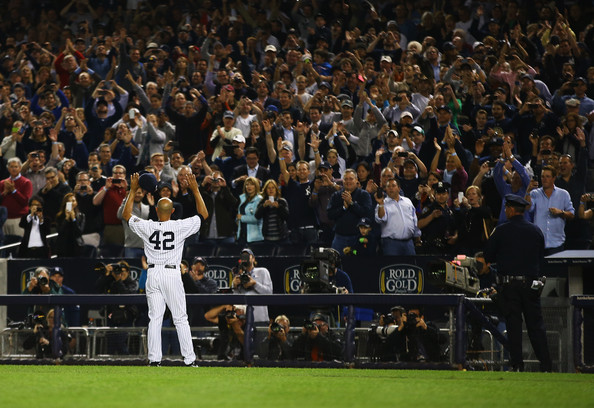 Mind blowing stats when they matter most

The statistics Rivera compiled since breaking into the majors in 1995 are mouthwatering. Rivera blowing a lead was as rare as lightning striking you. He saved more games than anyone in the history of baseball. All of the 652 of those wins were for the Yankees, another rarity in this age where even Peyton Manning can get cut and LeBron will leave his hometown. Among pitchers who logged at least 1,000 innings, his 2.21 ERA is the lowest since it became an official statistic in 1912.

In the postseason, Rivera  wreaked even more havoc. Take this for instance: Mo’ faced a total of 527 hitters in the playoffs over 32 different October series, and of all those, only two had the honor of scraping a homer off him. The first one was in 1997 (Sandy Alomar, Jr.) and the next and last one was a Jay Payton dinger in 2000. Since then, all the hitters Rivera faced in the playoffs had their homer power stripped by the Sandman.

More men have planted their feet on the moon (12) than the number of earned runs he gave up in 141 postseason career innings.

Love him or hate him, he’s the Game Changer

Regardless of if you love the Yankees or despise them, you have to admit that not having Rivera around anymore is a sad thing. He was well-liked by everyone. Even the Red Sox prepared a ceremony for his last appearance at Fenway Park.

Rivera, the major’s all-time saves leader, and without a shade of doubt the greatest closer in the history of baseball, is leaving the game for good. But make no mistake about it, there will never, ever be another Mariano Rivera. He changed the game of baseball and he was a face that scared the hell out of many bettors and brought jubilation to others. He closed a lot of games — hundreds of them — and this time, it’s his career he’s closing as the best ever. Exit Sandman.

If you’re a fan of baseball, share this article and graphic with your friends and join the conversation on our Facebook page and Google Plus page. We look forward to hearing the comments from baseball bettors about the exit of this legend. 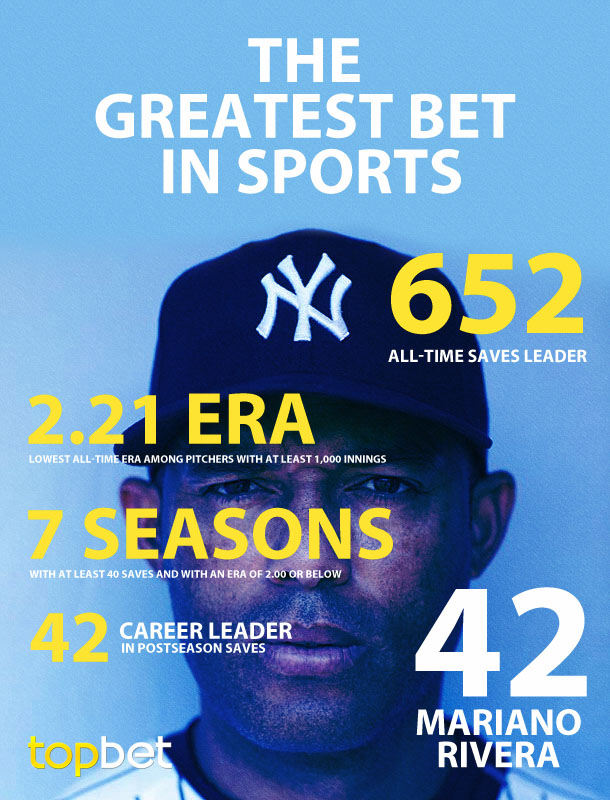