All eyes will be on “The King,” LeBron James as he returns once more to Cleveland to lead his Heat against the Cavaliers.

In a game between the defending champions and the young emerging hopefuls he ran from four years ago, emotions should be running high, and plenty of talk will surround James’ upcoming free agency, and the potential of him ending up with Kyrie Irving in Ohio. 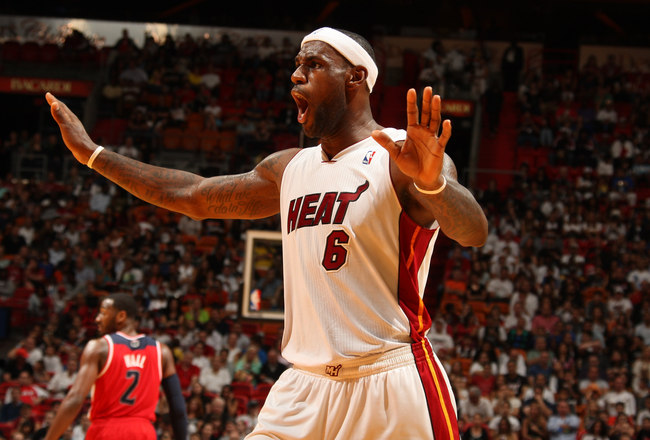 The Miami Heat have something that Cleveland had and wants back. [sc:NBA240banner ]

Arguably the best player of this generation, James will face the franchise that he played his first seven years with. He signed with the Miami Heat in hopes of winning a championship, and ever since then, he has won two, making the last two Larry O’Brien ceremonies painful for Cavs fans.

Ever since the Heat acquired James, they are 10-1 SU in 11 games against the Cavaliers. James is averaging 26.3 points, 6.8 rebounds and 7.2 assists in the 10 games he’s played against his old team. He clearly wants to prove that he made the right choice in skipping town.

Now, the two-time defending champs head to face a team that may be players in next year’s free-agent frenzy, which is set to include the “Super Friends.” The basketball world is abuzz with speculation that James could end up back in his home state.

Can James and the Heat oust the Cavaliers once more? Bet now on the Miami Heat. 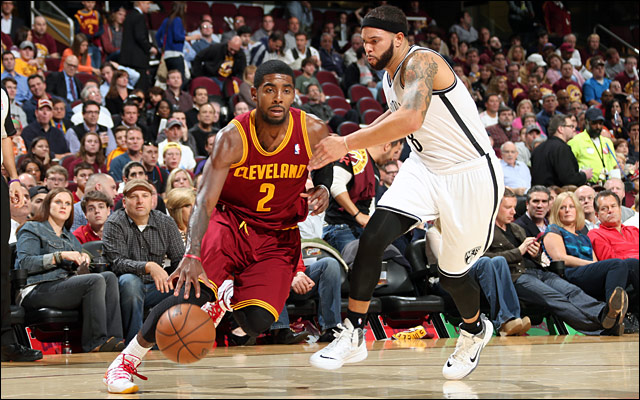 The fact remains that no matter how much they hate James for leaving, Cavs fans still wish they could have Akron, Ohio’s own back on their team. All they can do now is wait for the next edition of “The Decision.” Until then, they should still be plenty excited about their young team.

Thanks to star Kyrie Irving, productive high-draft picks (Tristan Thompson, Dion Waiters) and some key acquisitions (Jarrett Jack, Andrew Bynum), the Cavs are ready to breakout. No longer cellar-dwellers, these young Cavs want to prove that they can compete for the playoffs, and they can start by beating the good teams in their own conference — like James and the Heat.

Although they’ve been losing to them as of late, the Cavaliers play the Heat to the brink every time, making James feel the pressure of battling his former team. The Cavs are 6-5 ATS in the 11 games they’ve faced James, and 3-1 ATS in the last four.

Can Kyrie Irving beat LeBron James for the first-time in his career and show Cleveland they have no reason to dwell on the past? Bet now on the Cleveland Cavaliers.