The 2015 NFL season is coming. You may already be excited to watch your favorite football players take the field to dazzle with their strength, speed and skill. But what you may not know is if your favorite player is suspended for any reason in the upcoming season. Read on for a complete look at this year’s suspended athletes, their violations and the length of their suspensions.

Football is coming. Get yourself prepared with our win total predictions for AFC East and NFC West.

[sc:NFL240banner ]Datone Jones, a defensive end for the Green Bay Packers, was suspended for one game with a $122,765 fine ahead of the 2015-16 NFL season due to possession of marijuana. The starter was caught with the drug in his possession a day after losing last season’s NFC Championship Game at Seattle, where recreational use of weed is legal. Jones won’t be missed too much when the Packers face the retooling Chicago Bears in the first game of the regular season.

Marijuana possession takes another victim in former Indianapolis Colts running back Ahmad Bradshaw. The free agent running back pleaded no contest to a misdemeanour marijuana possession in May. Bradshaw won’t be missed too much, though. He’s currently a free-agent with the preseason about to start in less than a month. Should he be picked up by a team, the earliest he can suit up is Week 2.

The Buffalo Bills will be without their star defensive tackle Marcell Dareus in Week 1 of the 2015 NFL regular season. Dareus was arrested for felony possession of a controlled substance and possession of drug paraphernalia in May, warranting a one game suspension from the league. Considering his stellar nine sacks last year, the Bills will surely miss their star defensive tackle when they welcome Andrew Luck and the Indianapolis Colts to Ralph Wilson Stadium in their first game of the regular season. 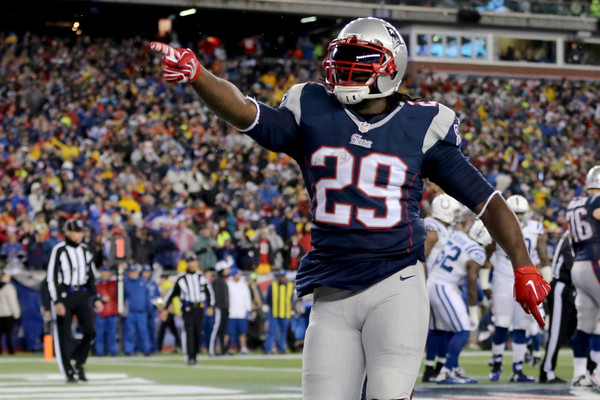 Defending Super Bowl champions in the New England Patriots will also lose the services of running back LeGarrette Blount for the season opener against Pittsburgh. Blount was suspended for one game without pay stemming from a marijuana possession charge in August 2014. The Patriots may not need him much, though. While Blount is a solid running back, the team still has last year’s sensational rookie Jonas Gray in the backfield.

Blount wasn’t alone in his marijuana possession charge in August 2014. He was in the company of then-Steelers teammate Le’Veon Bell when three fourth of an ounce of marijuana was found in their possession. Bell will be suspended for the first three games of the season; a big blow to Pittsburgh’s offense. The Steelers looked lost without their all-around running back in a playoff loss to Baltimore last year.

The New York Jets will suffer a big blow to their defensive line with Sheldon Richardson suspended for the first four games of the 2015 regular season for violating the NFL Policy and Program for Substances of Abuse. Richardson is regarded as one of the best 3-4 defensive ends last season, behind only Defensive Player of the Year in J.J. Watt. The Jets face a couple of contenders in two of the first four weeks of the regular season, Week 2 against the Colts and Week 3 against the Eagles.

Rolando McClain had a career renaissance of sorts last year helping propel the Cowboys into the playoffs with 81 tackles over 13 games. He signed a one-year deal to remain with Dallas, but is facing a four-game suspension for his third failed drug test in his career. Losing a key player in defense will be a big hit to Dallas’ first four games of the season – showdowns against the Giants, Eagles, Falcons and Saints – with all four teams fielding blistering pass-heavy offenses.

Dallas takes another sucker punch with former Pro Bowl defensive end Greg Hardy also suspended for the first four games on the regular season. Hardy was originally suspended for 10 games before NFL Commissioner Roger Goodell reduced his suspension after an appeal. The Cowboys defensive end was suspended for the league’s new policy on domestic violence after assaulting and threatening to kill his ex-girlfriend last July. 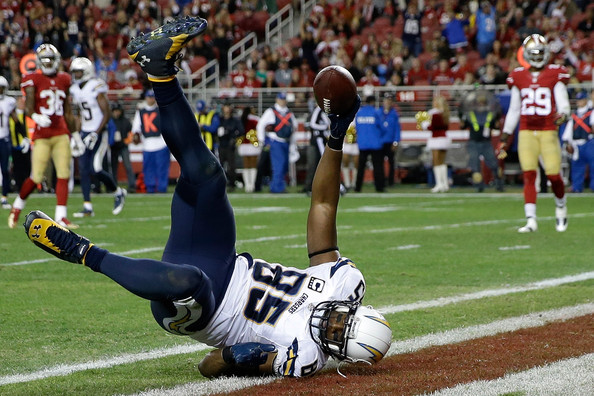 Veteran tight end Antonio Gates of the San Diego Chargers is suspended for the first four games of the 2015 NFL season for violating the league’s policy on performance-enhancing substances. Gates’ suspension is a big blow to the Chargers. He’s a dynamic catching tight end who could make impactful plays, posting the most touchdowns (12) for the team last season. The Chargers face the Lions, Bengals, Vikings and Browns for the first four weeks; not exactly a murders’ row of contenders. Gates’ absence will then give young tight end Ladarius Green time to shine.

St. Louis Rams running back Trey Watts is suspended for the first four games of the 2015 regular season for violating the NFL Policy and Program for Substances of Abuse. But drafting former Georgia Bulldogs star Todd Gurley gives a boost to the Rams’ backfield already. Watts won’t be missed in games against Seattle, Washington, Pittsburgh and Arizona.

Perhaps the biggest hit for the New England Patriots this season is the four-game suspension of Tom Brady. The three-time Super Bowl MVP and two-time league MVP was found to be involved in the Deflategate scandal according to the Wells Report. Losing Brady will be a big blow to the Patriots, considering they face tough matchups against the Steelers, Bills and Cowboys within their first four games of the season. 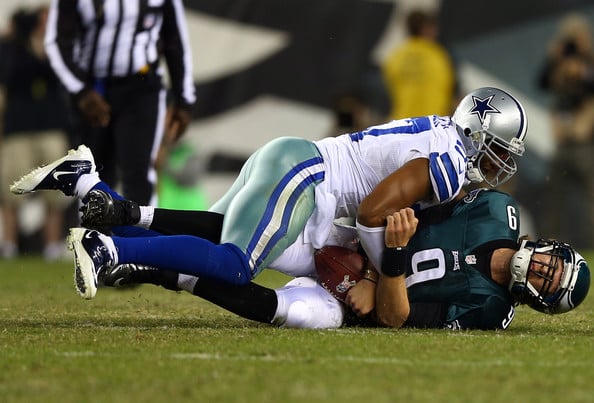 Linebacker Victor Butler of the New York Giants will be suspended for the first four games of the 2015 regular season for violating the NFL policy on performance enhancing substances. Butler has an uphill battle to climb; he’s already struggled to get back on the field due to a torn ACL in 2013, and the Giants are pretty deep right now on defense with the likes of Jonathan Casillas and J.T. Thomas taking his spot. Butler won’t be missed and he may not even land a spot on the Giants’ 53-man roster come September.

LaRon Landry was expected to attract attention as a free agent safety. But his hopes of being signed for the upcoming season may already be over. The NFL Network’s Ian Rapoport reported that Landry will be suspended for the first 10 games of the 2015 regular season without pay for violating the league’s policy on performance-enhancing drugs. The free agent safety was hit with a four-game suspension last year for another PED violation. Considering his history with PEDs, Landry’s immediate career may already be over.

Defensive end Dion Jordan of the Miami Dolphins is suspended for the entire 2015 season due to a violation of the league’s substance abuse policy. Jordan didn’t test positive per se, but his sample came out diluted counting as a strike. The Dolphins were nearing a deal with Jordan to the Eagles for a later draft pick before the suspension. Considering Jordan was labelled as a bust, the Dolphins won’t figure to miss him for the entire season.

Josh Gordon is a promising young wide receiver for the Cleveland Browns. He managed to lead the league in receiving in 2013 despite missing the first two games of the season. Now, Gordon is suspended for at least one year for violating the NFL Policy and Program for Substances of Abuse, testing positive for Alcohol in January. His absence will be a big hit to a Browns offense which lacks a clear No. 1 receiver.

Think any of these suspensions have an effect on how the season will play out? Create a betting account now and put your money where your mouth is.