Notre Dame Football Rivals – Which 5 Pick the Biggest Fight with the Irish?

Over the many years of its storied participation in the college football scene, the Fighting Irish earned a lot of rivals all determined to bring down Knute Rockne’s beloved squad. We take a look at some of the many rivals Notre Dame has earned since they began playing football in 1887. 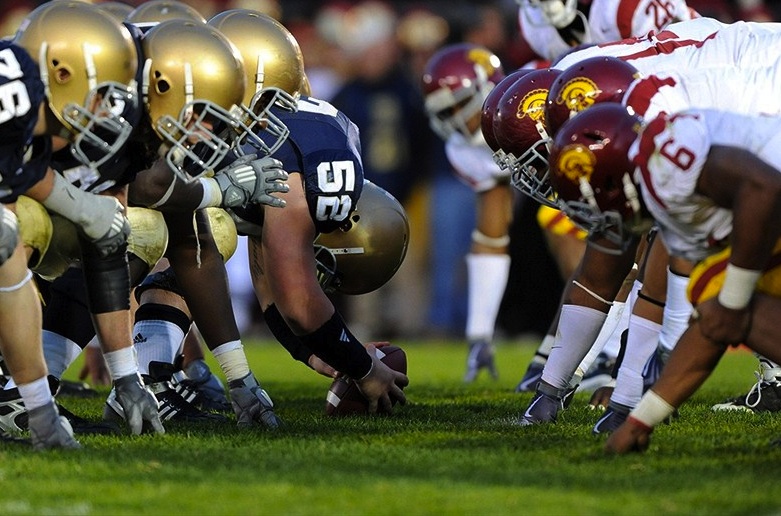 It’s easy to see why the rivalry between Notre Dame and the University of Southern California excites the nation. Combined, both programs have won 18 national titles and produced numerous Heisman Trophy winners. Additionally, each team had smeared the other’s dream of achieving a perfect record in a season many times since their first meeting in 1926. In 1952, the rivalry introduced the Jeweled Shillelagh, an adornment awarded to the winner of their annual meeting. 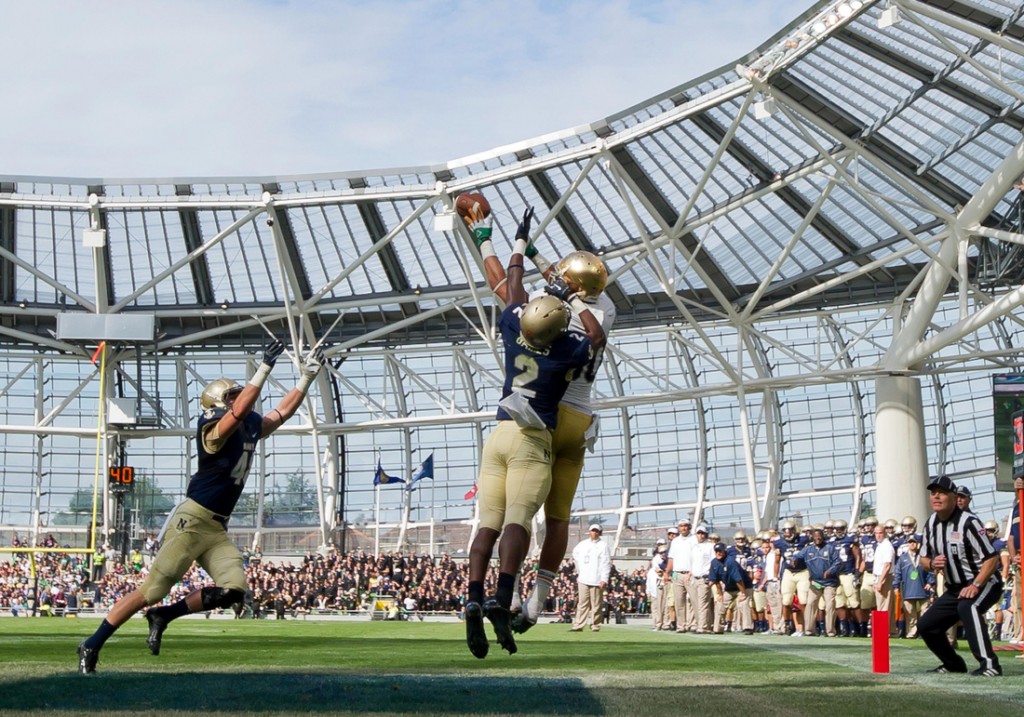 The Notre Dame-Navy rivalry is one that is not steeped in hate. Unlike many other competitive pairings, each team has great respect for the other. The rivalry began in 1927 and since then, not a year passed without the Fighting Irish and Midshipmen meeting on the field making it the longest uninterrupted intersectional series in the NCAA. Another uniqueness of the rivalry is its undying appeal despite the series’ absolute one-sidedness. Notre Dame leads the all-time match-up, 73–12–1. 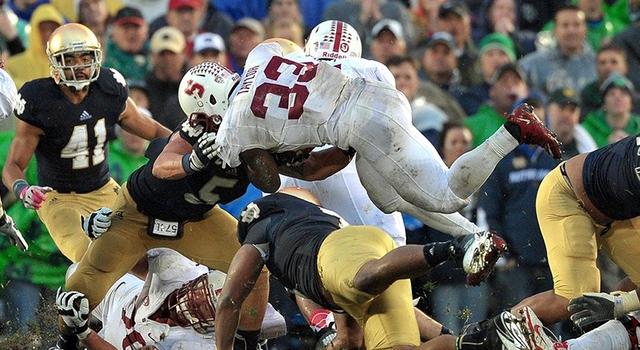 At stake in the Notre Dame-Stanford rivalry is the Legends Trophy. It was given to the winner of the annual meeting of the two teams since 1989. The Fighting Irish and the Cardinal have played each other as early as 1925 during that year’s Rose Bowl where Notre Dame won, 27-0. The meetings were intermittent since that first meeting but became an annual affair starting in 1988. 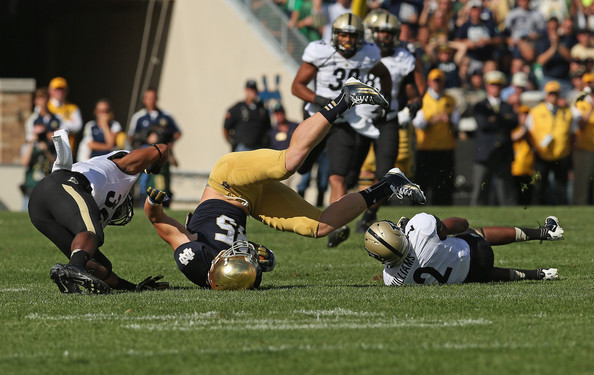 From 1946 up to this season, the Fighting Irish and Boilermakers have been staging yearly gridiron battles against each other. Although Notre Dame holds a big 56-26-2 all-time series lead, the Boilermakers won in arguably the most remembered game in this historic rivalry. Back in 1950, the Fighting Irish had a 39-game winning streak but were denied of a 40th straight win by Purdue. 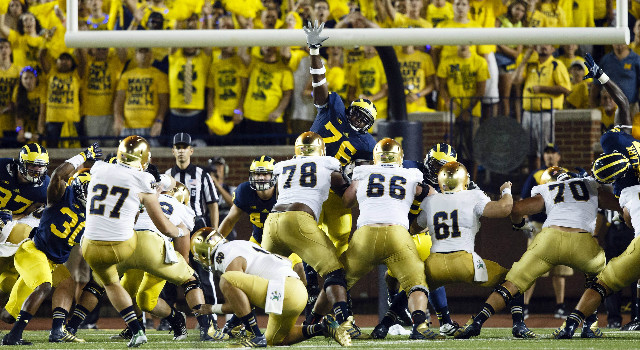 Notre Dame played its first ever football match against the Wolverines in 1887. Michigan baptized the Fighting Irish with a loss and it took seven more successive defeats before Notre Dame finally learned how to win against the Wolverines in 1909. The series was halted after and only resumed in 1942. After another meeting in 1943, the rivalry went dormant until 1978 when the two schools began playing with more regularity. Thanks to the Wolverines first eight wins in the series, they now lead the all-time match-up, 24–16–1.

The Notre Dame Fighting Irish football squad owe it to their rivals also for being one of the most storied programs in the country.

Do you think any other school that deserves a place on this list?
Check out the latest odds and lines of the next Notre Dame game in our sportsbook.