The Oakland Raiders were the odd team out last season in the AFC West, as they were the only team from the division that did not make it to the playoffs. It’s still highly unlikely that the Raiders return to the playoffs in 2013, but major changes during the offseason should make the team more competitive this season. A game against the New York Jets in Week 1 should serve as a good test for the Raiders.

Read on for more on this game, and dig into other betting previews for Week 1 with our Colts vs. Broncos here or our Giants vs. Lions here.

[sc:NFL240banner ]Believe it or not, Matt Schaub is considered a major upgrade for the Raiders at the quarterback position despite an interception-filled campaign (2,310 passing yards, 10 TDS, 14 interceptions) last season for the Houston Texans. And like it or not, he is the face of the franchise – at least for now.

In Week 1, Schaub will have an injury-riddled Jets secondary (246.7 passing yards allowed/game in 2013) hounding his receivers, a cue that a great debut in Raiders’ uniform could be in the offing for the QB.

It’s also a good sign for receivers James Jones (817 yards with 3 TDs in 2013 with Green Bay) and Rod Streater (888 yards with 4 TDs), who form a more reliable starting tandem than what Oakland had last season. Jones is expected to see his numbers improve with more playing time with the Raiders. As for Streater, his production could be on the way up also, assuming Schaub recovers from a disastrous 2013 stint with Houston.

Oakland’s passing game will be the key to any success against the Jets. The backfield looks better this season with the arrival of Maurice Jones-Drew via free agency, but that won’t be enough to pass muster against the Jets’ intimidating rushing defense.

The Raiders are 0-4 ATS in their last four road games against the Jets. However, they covered the spread in five of their eight road games last season. 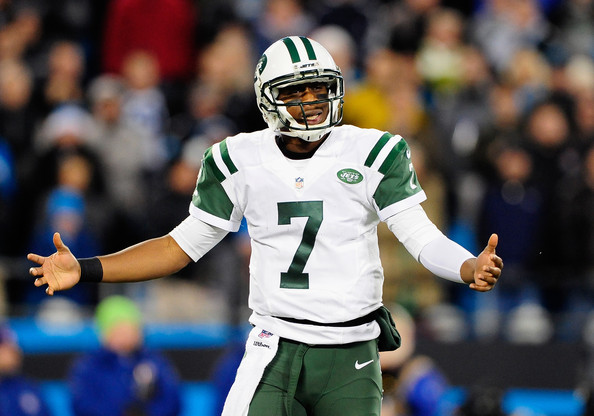 A loss at home against the Oakland Raiders is certainly not the kind of first impression head coach Rex Ryan wants to make this season as he enters his second full campaign on the hot seat. If he doesn’t want that seat to get any hotter right away, then he’ll need his secondary to do a better job of containing the Raiders’ passing game.

As mentioned above, the Jets have a strong rush defense. They ranked third overall in the NFL last season, allowing just 88.3 yard a game on the ground. They will field a defense against Oakland which returns almost all of its starters from last season. Try as they might, the Raiders won’t have that much success rushing the ball in Week 1.

If the Jets’ secondary can pressure the Raiders’ receivers better than they did last season, then Schaub is going to be in for a very long and rough night. The Jets finished 2013 with 41 sacks, and they will get to the Raiders QB at some point in this game. With that, expect the duo of Muhammad Wilkerson and 2013 NFL Defensive Rookie of the Year Sheldon Richardson to continue where they left off last year, when they came up with 10.5 and 3.5 sacks, respectively.

On offense, Geno Smith begins his second season with more control and better receivers. Smith’s new group of weapons include former Denver Bronco Eric Decker (1,288, 11 TDs in 2013), and rookie tight end Jace Amaro. Decker is clearly a step up in the No. 1 wide receiver role than Jeremy Kerley or Santonio Holmes, neither of whom registered more than three receiving TDs in 2013.

The Jets are 4-1 in their last five home games. They sport an identical 4-1 ATS record in those games.

The Jets win straight up, but the Raiders will cover the spread as 4.5-point road underdogs.