2014 Super Bowl Halftime Show – Performers We Would Rather See

The NFL has already chosen “safe bet” Grammy Award-winning artist Bruno Mars to perform during halftime for Super Bowl XLVIII on February 2, 2014. He will join the list of renowned artists who have taken the stage for the biggest televised sporting event in the country.

If Bruno Mars hadn’t been chosen for his natural talent and timeless, hybrid-R&B sound, there are a handful of artists that could keep viewers hooked to their sets during halftime – not always for their ability however. This list details a few performers we’d like to see for pure entertainment value – whether out of appreciation for their talent, for a good laugh, or an in unison SMFH.

Here’s our list of 6 alternate artists who could headline Super Bowl XLVIII:

The daughter of one-hit wonder Billy Ray Cyrus has been a polarizing figure due to her transformation from “Hannah Montana” to free bird media magnet. That culminated in her controversial performance (complete with awkward tongue wagging) a few weeks ago at the MTV Video Music Awards with Mr. Seaver’s son, when she rocked the foam finger to the enjoyment of stuffed bears everywhere.

Her inclusion on this list is not necessarily about the talent but she very well could be the perfect choice given her new crazy/sexy/wacky “wtf” demeanor – something that could energize Super Bowl viewers for whatever the reason —something that’s been missing in recent half-time shows.

Why not, honestly? Lady Gaga is huge. She’d be entertaining and she could definitely help drive up ratings for the big event.

Gaga might even sport one of those fancy meat dresses she’s so famous for. The tailgate parties outside of the stadium could always borrow a few slabs for the BBQ.

When it comes to entertaining and empowering people, Lady Gaga is top-notch.

Let’s just hope — if he does ever perform — he doesn’t play the long version of Layla. That rendition goes to a really weird place where we don’t think the NFL ever wants to go… 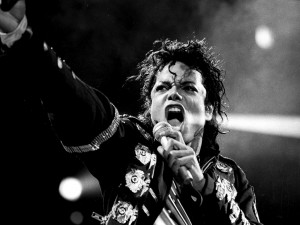 The music world was shocked and elated (w/some a little embarrassed about the cheesiness of it) when the dearly departed Tupac Shakur took the stage at Coachella and dropped fresh rhymes once more.  This time, he’d share the mic with MJ, back from the grave to take Super Bowl viewers on a trip down memory lane. From Billie Jean to Beat It, the ghost of a virtual Michael Jackson busting a move is just the kind of thriller that the NFL needs to get the halftime show back on track. 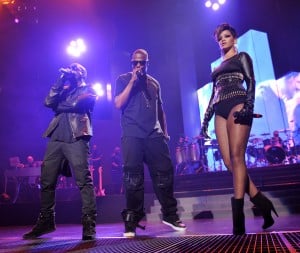 How about an artist who’s close to the hearts of New Yorkers?  From a charismatic rapper to a great businessman with a record label and a sports agency, Jay-Z has always meant a lot to the Big Apple. He also relates to the average blue collar sports fan by validating that regardless of how they look, if they too strike it big one day they may be able to score a top notch chick. Bet right on this season’s NFL Futures and you may follow suit.

J could bring along anyone of the stars under his record label. The list is full of world-class artists: Shakira, Kylie Minogue, The Ting Tings, M.I.A., Rihanna. 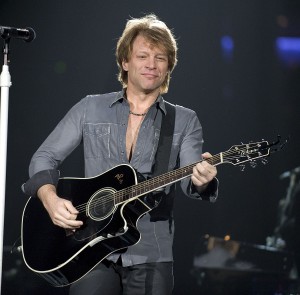 Bon Jovi is the only man left standing from an entire decade of glam bands and they somehow managed to become one of the biggest and most respected acts around the world. Plus, the NFL should have booked him for this particular Super Bowl, since it’s set to take place in his home state, New Jersey.

With Jon Bon Jovi’s connections to the league (appearing in commercials with John Elway), team ownership (he was part owner of the Arena Football League’s Philadelphia Soul) and to the sport itself (his son, Jesse, is a playing at Notre Dame), the NFL would have a sure fire hit.

What do you think of our list of “should have been” Super Bowl halftime performers? Do you have anyone in mind who should headline in years to come? Connect with us on Facebook, Twitter and Google Plus and let us know what you think.