The Pittsburgh Penguins (34-17-9, 77 points) and the Washington Capitals (33-18-10, 76 points) are currently jostling for position in the Metropolitan Division, where they are among the teams in the thick of the race for the division title.

The Penguins are fresh off back-to-back wins and, as of this writing, are just three points behind the pacing New York Islanders. The Capitals, on the other hand, currently own a wild-card spot in the Eastern Conference, but are just four points off the division lead.

Also on Wednesday, the NBA’s defending champions in the San Antonio Spurs will go up against the Portland Trail Blazers. Read a full preview of that game here.

Order has been restored in Steel City. After going on a three-game losing skid, the Penguins have come to life and avoided lagging behind even further in the division title race by winning back-to-back games against the St. Louis Blues (4-2) on Saturday and the Florida Panthers (5-1) on Sunday.

[sc:NHL240 ]With a two-day rest, Pittsburgh will now look to win its third straight game when the team hosts its nemesis in the Capitals.

The Pens must win the puck possession battle against Washington, which has outshot them 103-91 in their season series thus far. The Pens are among the winningest teams when they outshoot their opponents, as they are 20-5-5 (.667) when finishing a game with more shots. In addition, the Pens are ninth in the league in shot attempts (Corsi) with +168.

However, the Penguins will have to be more careful on their attacks, especially against Washington’s high-pressure defense that ranks eighth in total takeaways with 461. In their last meeting with Washington, the Pens gave the puck away six times.

Controlling the puck better will be good news for Marc-Andre Fleury, who has faced a ton of shots from the Caps. He is winless in three games (3.05 SV%, 1.37 GAA) this season against Washington.

Fleury has a pedestrian 4-3-1 record in eight games this February, but has a solid .950 saves percentage. He stopped all but one of the 35 shots he faced in the Panthers game.

The under is 5-0 in the Penguins’ last five road games with Fleury in front of the net.

Will the Caps dominate Pittsburgh anew? Create a betting account now and sharpen your hockey betting skills just in time for the Stanley Cup Playoffs. 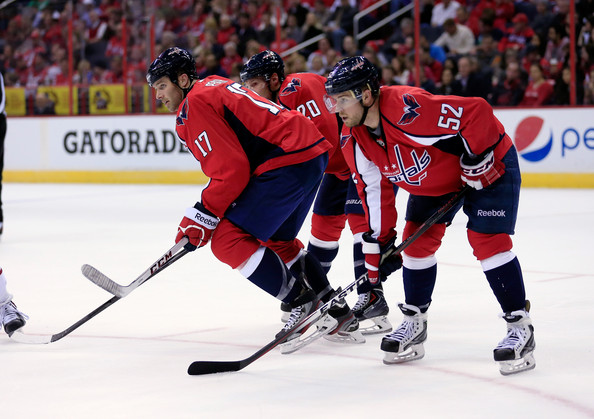 A 3-2 loss on Sunday at the hands of the Philadelphia Flyers stopped Washington’s four-game win streak—the team’s longest of the season—but the Caps can keep another streak alive as they face Pittsburgh at home this coming Wednesday.

Washington is 3-0 in its last three games against the Pens, which includes the Caps’ 3-1 win at CONSOL Energy Center on February 17.

The Pens aren’t lacking in skilled scorers but Crosby and company are having a hard time solving Washington netminder, Braden Holtby. Holtby has a 3-0 record against Pittsburgh this season, allowing just one goal on 91 total shots by Pittsburgh in the previous three meetings.

Holtby continues to be a workhorse between the pipes for the Caps. He’s been in front of the net in nine of Washington’s 12 games thus far this month, and over those games he has accumulated a 6-3 record, a 1.89 GAA, and a .932 SV%.

On offense, the Caps are definitely looking to come up big on the power play again. After going 0-for-5 on the man advantage in the first meeting, the Caps have gone 3-for-8 (37.5%) over the next two matchups with Pittsburgh. Power play opportunities will likely come more frequent in this game, given that the Pens top the league in penalty minutes with 14.3 per game.

Overall this season, the Caps are second in the NHL with a 23.7 power play conversion percentage.

The Caps are 4-1 in their last five games.