With the NFL preseason halfway through, teams are gearing up for the most significant week of the exhibition schedule. Week 3 features more starters, more game planning, and the first real taste of full-speed action for NFL fans. Embroiled in a variety of preseason preparations themselves, the Philadelphia Eagles and Pittsburgh Steelers should put on a fine show Thursday night in Philly.

Read on for everything you need to know about this Week 3 preseason action. You can also checkout our preview of the Oakland Raiders-Green Bay Packers game here.

[sc:NFL240banner ]The Steelers are in the midst of fine-tuning their improved rushing game after a poor showing last season. The strength of their passing game with Ben Roethlisberger at the helm will also be tested again as they continue to familiarize themselves with the no-huddle attack. The Eagles, meanwhile, will continue to assess where their offense stands following former star receiver’s DeSean Jackson’s parting.

One of the biggest headaches for the Steelers last season was their non-existent rushing game, which left a heavy burden on Ben Roethlisberger to generate much of the team’s offense. But with running back Le’Veon Bell back in tip-top shape (he missed the first month of last season with a foot injury) and the addition of LeGarrette Blount to the Steelers’ backfield, the team’s rushing offense is bound to improve significantly.

This being the preseason, though, head coach Mike Tomlin will look to give rookie Dri Archer more time on the field just to see how deep their backfield really is, and how the electric former Kent State star will fit in to the team’s system. Archer can even moonlight as a wide receiver because of his quickness and versatility, so this will be an important game for him. Both of those qualities showed up when Archer split time rushing and receiving (two receptions for 44 yards) the pigskin in their 19-16 win against the Buffalo Bills.

Furthermore, the match against the Eagles could feature more of Pittsburgh’s no-huddle attack, which worked wonders against the Bills. Under this offensive scheme, Big Ben went 8-of-11 for 128 yards and two touchdowns.

So far, the Steelers’ passing games does not show any signs of regression despite the departures of two of their best wide receivers from last season (Emmanuel Sanders, Jerricho Cotchery). Roethlisberger appeared to have the right idea on how to maximize the potential of Markus Wheaton, whom he connected with against Buffalo for a touchdown.

Create a betting account now and cash in on NFL preseason games. 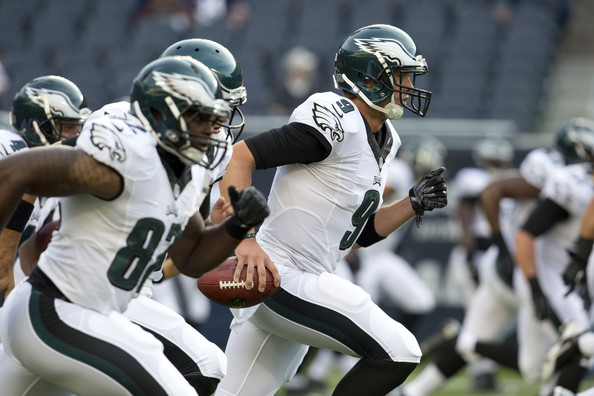 Quarterback Nick Foles exceeded expectations last season by a mile, finishing with 2,891 passing yards and 27 touchdowns. With all that behind him, he’ll now have another point to prove: that his 2013 was not a fluke.

To match, if not better, his results from last season, Foles will have to exploit what’s left of his weapons following DeSean Jackson’s departure, and develop chemistry with new wide receivers.

In the Eagles’ 42-25 loss to the New England Patriots, the Eagles caught a glimpse of how their passing game would shape up, as Foles finished 8-for-10 for 81 yards, which included a touchdown pass to tight end Zach Ertz. Opposing teams will be tempted to double team Riley Cooper this season, with Jackson out of the lineup. Ertz’s ability to make plays down the field would open up opportunities for both players.

While Ertz has established himself well this preseason, receiver Ifeanyi Momah, meanwhile, could use the preseason game against the Steelers to bounce back from an underwhelming performance. Momah caught three of four passes for 28 yards, but fumbled the first one that came his way. Another glaring error like that, and he’ll likely be back to looking for a job.

Mark Sanchez and Matt Barkley, on the other hand, will continue to battle for the backup QB post. However, Sanchez might have the job locked up with an impressive performance against the Patriots, having gone 11-of-12 for 117 yards and two TDs with no interception.