[sc:NFL250 ]The Seattle Seahawks’ hopes for a third-straight NFC title and Super Bowl appearance remained alive after they edged past the Minnesota Vikings on Sunday, 10-9. Now, the Seahawks head to the Divisional Round of the playoffs and will be locking horns with the top-seeded Carolina Panthers. Who will emerge victorious in this one? Will Seattle avenge their regular season loss to the Panthers? Or will Carolina make it two-straight over the Seahawks.

Let’s now take an in-depth look about this matchup below. And while you’re at it, you may also check out our comprehensive breakdowns of the Green Bay Packers at Arizona Cardinals.

Faced with a 9-0 deficit heading into the final frame, the Seattle Seahawks reminded the world why they are the two-time NFC champions during their wild-card bout with the Minnesota Vikings.

[sc:NFL250 ]The Seahawks clawed their way back and took the lead, 10-9, thanks to Rusell Wilson’s touchdown pass to Doug Baldwin and Steven Hauschka’s 46-yard field-goal with about eight minutes remaining on the clock. But the Vikings also showcased some of their resiliency and poise by successfully setting up their kicker Blair Walsh for the game-winning 27-yard field goal attempt in the closing seconds.

Luckily for the Seahawks, Walsh succumbed to the pressure and missed his attempt which ultimately allowed them to hold on to their slim lead. Now, they turn their attention to this weekend’s encounter with the 15-1 Carolina Panthers at the TCF Bank Stadium. Seattle is 5-0 SU and 3-2 ATS in its previous five road games.

In order for the Seahawks to pull off another huge win, Russell Wilson, who passed for just 142 yards on 13-of-26 completions against Minnesota, will need to do a much better job on igniting their air game (236.9 yards per contest in the regular season) this time around. That said, the onus is on the pair of Doug Baldwin, Jermaine Kearse and Tyler Lockett to free themselves up for his passes.

Baldwin was limited to 42 yards on five receptions but had the team’s lone touchdown versus the Vikings. Over his last six games, he’s now totaled for 526 receiving yards and 12 scores under his name. Kearse and Lockett, on the other hand, have combined for 1349 receiving yards and 11 touchdowns this season.

Also, Marshawn Lynch’s status remains to be the biggest question for Seattle heading into this matchup. If he does suit up, it’s going to arguably give the Seahawks the advantage on the ground. Across 10 playoff games, he has rumbled for 917 yards along with nine touchdowns. 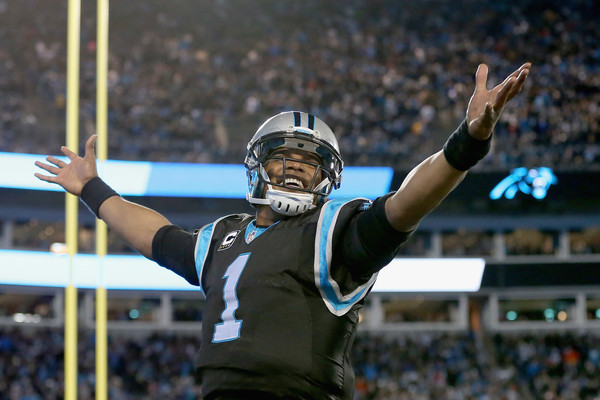 With a league-best 15-1 record in the regular season, the Carolina Panthers earned a first-round playoff bye and are now preparing for a highly-anticipated bout with the surging Seattle Seahawks, who won over Minnesota, 10-9, thanks to a missed field-goal by Blair Walsh.

The Panthers will be taking comfort on the fact that they’ve beaten the Seahawks already this season. The two teams met at CenturyLink Field in Week 6, during which Carolina won, 27-23. In that game, Cam Newton threw for 269 yards and connected with Greg Olsen for the 26-yard touchdown pass. Newton had two interceptions under his name, however.

Furthermore, Jonathan Stewart also shined in the same game, finishing with 78 yards on 20 rushes along with two scores. It’ll be interesting to see if Stewart, who missed the past three games with a sprained foot, can quickly shake off the rust and be a major factor against Seattle again. He is Carolina’s leading-rusher with 989 yards and six TDs.

If Stewart does struggle, that definitely puts the Panthers, who are 1-4 SU and 2-2-1 ATS in their past five meetings with Seattle, in a precarious situation. But fortunately, they still have rookie running back Cameron Artis-Payne to put their trust on. He’s garnered some playing time and valuable experience due to Stewart’s absence. In his last two games, he’s carried the ball 19 times for 108 yards.

Besides the rushing game, the Panthers’ passing game should not be underestimated especially with Olsen lurking downfield. The 30-year-old tight end owns a team-high of 1,104 receiving yards with seven touchdowns throughout 15 games this season. During that stretch, he’s also eclipsed the 100-yard mark three times.

It’s worth noting, though, Carolina’s offense (31.2 PPG) will have to work even harder for their points and be more creative with their plays versus the Seahawks, who are giving up just 291.8 total yards this year (2nd-fewest in the league).

Carolina wins it, 27-23. Create a betting account now and cash in on all the NFL postseason action.