In the NHL tonight, some old friends try to end the Ducks’ winning streak, while the Jets try to take off against the slumping Caps.

Eli Manning had his first interception-free game of the season while Josh Freeman had a horrendous first game as the Giants easily handled the Vikings, 23-7.

The Colts’ Reggie Wayne and the Texans’ Brian Cushing will both miss the rest of the regular season with knee injuries.

After losing their first game of the year, the Anaheim Ducks are now 7-0 in their last 7 overall and are the hottest team in the league. Captain Ryan Getzlaf and Corey Perry have led the way with nine points apiece for the Ducks, who can better last year’s 7-1-1 start with a victory tonight.

Standing in their way is former Stanley Cup-winning coach Randy Carlyle and his Toronto Maple Leafs. Another former Duck, Joffrey Lupul (16 points), will spearhead a Leafs attack that is tied for 3rd with the Ducks in goals scored. The Maple Leafs are 5-1 in their last 6 home games against Anaheim. 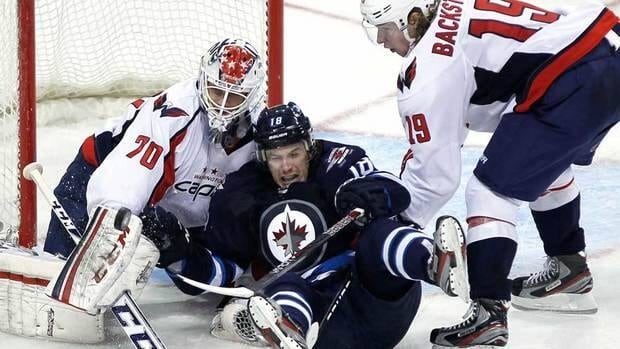 Alex Ovechkin is once again on top of the goal scoring charts but the Caps are still mired in an early season slump. Washington can take another step in the right direction with a trip to Winnepeg. The Capitals are 4-1 in the last 5 meetings in Winnipeg.

The Jets have played the most home games so far (7) but have failed to capitalize on it. They’ll get another chance against a Caps squad still yet to fire on all cylinders. The Under is 5-1 in the Jets’ last 6 home games.