The San Jose Sharks won’t let the St. Louis Blues build a 2-0 series lead, as they evened the series up with an absolute demolition job of a win in Game 2. With the series moving to Santa Clara, will the Sharks greet their home crowd with a victory? Or will the Blues turn the corner and get the series lead anew?

The power play was just not there for the Blues on Tuesday. They went scoreless on six opportunities on the man advantage in a 4-0 loss to San Jose in Game 2.

It was a game the Blues would rather put in a box and throw in the sea, as there was barely anything positive in it to inspire them moving forward. Brian Elliott also didn’t have a great night, allowing three goals on 23 shots faced.

Perhaps the Blues could use a change in scenery to jumpstart their performance. After all, they are 3-0 in their last three road games and 8-2 in the past 10. Moreover, they have a 7-3 record in their last 10 trips to San Jose dating back to 2011.

Despite getting blanked in Game 2, this Blues team boast a load of skilled scorers, who should remain confident of exploiting San Jose’s defense that allows 28.1 shots per game. 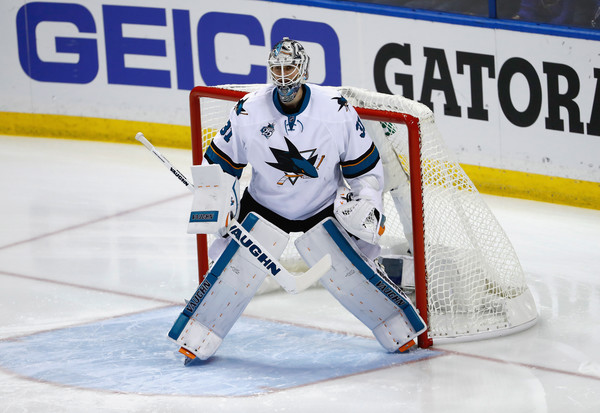 San Jose got what it wanted in Game 2, which was a road win before the series shifts to the Sharks’ home. A chance to take the driver seat comes later tonight for the Sharks, who are 5-0 in their last five home games.

Unlike in Game 1, Martin Jones laid out a strong performance between the pipes on Tuesday, stopping all of the Blues’ 26 shots. The Sharks played well in Game 1 and it could’ve gone their way if it weren’t for Jones’ mediocre netminding.

Now that Martin’s already found his rhythm, the Sharks expect more of the same from him, especially now that they are at home for the next two games. Martin has a 2.02 GAA and a .923 SV% in 14 appearances this postseason.

It was also nice for San Jose to see its power play get back in form. The Sharks went 2-for-5 on the man advantage in Game 2 after going 0-for-3 in the series opener.