It’s going to be raining aces in Paris when Stan Wawrinka and Steve Johnson meet on the clay court. The two both possess enough power to blast balls past their opponents. While Wawrinka ranks eighth in the Men’s Singles Draw, he showed some vulnerability in the second round of the tournament. Can Johnson pull off the upset for the biggest win of his career? Read on as we breakdown this Grand Slam action.

There’s plenty more French Open matches to be excited for. Check out our complete previews for Kei Nishikori vs. Benjamin Becker and Roger Federer vs. Damir Dzumhur.

Stan Wawrinka defeated Serbian Dusan Lajovic (6-3, 6-4, 5-7, 6-3) in the second round of the French Open. But he struggled with his serve, putting just 44 percent of his first serves in play.

[sc:Other240banner ]Getting his serve in order will be crucial ahead of Wawrinka’s third round match. Hi next opponent, Steve Johnson, is a dangerous, aggressive baseline player with a good forehand capable of punishing Wawrinka’s slower second serves. Wawrinka won just 51 percent of his second serve points in the second round.

If Wawrinka can improve on his first serve, then he should dominate in this match. He won 78 and 70 percent of first serves points in the first and second rounds respectively. The Swiss has also shown his power with 21 aces in the first two rounds of the tournament.

But with great power, come plenty of errors. Wawrinka committed 52 unforced errors in his four-set victory over Lajovic in the second round, 20 more than his first round match. Wawrinka will need to pick his spots well in this match in order to avoid costly mistakes.

Wawrinka has a 24-8 match record on the season.

Have Wawrinka winning the 2015 French Open? Create a betting account now and back to talented Swede. 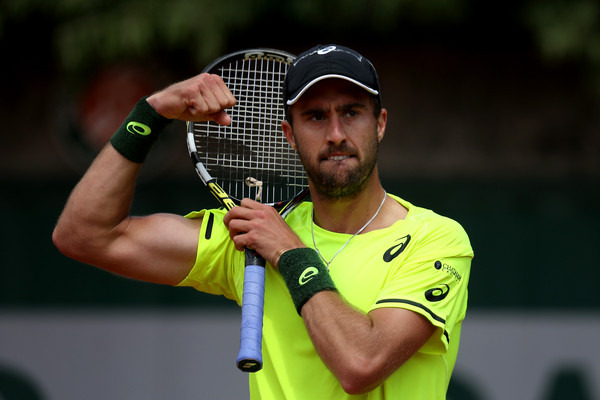 Steve Johnson dealt with two tiebreaks to beat Sergiy Stakhovsky 2-6, 6-3, 7-6 (5), 7-6 (6) in the second round. He’ll now be making his second consecutive third round of a Grand Slam. But welcoming him there is the always dangerous No. 8 seed Wawrinka.

The American can fight fire with fire against the powerful Wawrinka. Johnson has won 84 percent of his service games in the year-to-date. He showed marked improvement in the second round of the French Open, winning 77 percent of first serve points. He won just 65 percent in the first round. It also helps that Wawrinka isn’t a strong returner, winning just 23 percent of his return games.

But if Johnson is to have any success against Wawrinka, then he’ll need to sharpen up his return game. He has won just 17 percent of return games this season. He’ll stand an excellent chance of an upset if Wawrinka continues to struggle putting in his first serve. Johnson has won 46 percent of second serve return points this season, while winning 36 percent of break point opportunities.

Johnson has lost both of his career third round matches in Grand Slams.

Wawrinka (-900) struggles, but still takes the match in four sets.