Kei Nishikori is due to breakout in the biggest stages of tennis some time soon. He made the final of the U.S. Open last year (his first of any Grand Slam) and backed it up with a quarterfinal appearance at the Australian Open in January.

Based on how he’s looked at Roland Garros, it seems that Nishikori isn’t done impressing in the Grand Slam events. But he’ll have to deal with a tricky challenge in powerful German Benjamin Becker. Can Becker shock the world with a win over Nishikori? Or is it the Japanese’s time to rise?

There’s plenty more French Open matchups to dip your toes into. Check out our complete previews for Stan Wawrinka vs. Steve Johnson and Roger Federer vs. Damir Dzumhur.

Kei Nishikori is emerging as a potential champion with the way he’s playing. He was impressive in defeating clay court specialist Thomaz Belluci in straight sets (7-5, 6-4, 6-4) to reach the third round of the French Open. Nishikori won 81 percent of his first serve points, 75 percent of net points and 42 percent of receiving points in a display of his well-rounded game.

[sc:Other240banner ]The Japanese ace’s well-roundedness should help him deal with the power of Benjamin Becker in the third round. Becker has fired off 21 aces in the first two matches in his French Open run. Nishikori has won 40 percent of return points this season.

Nishikori also happens to be the fresher of the two. He is yet to drop a set at the tournament. Becker has already played five sets in each of the first two rounds. The fatigue factor could play to the Japanese’s favor, especially if the match extends beyond three sets.

Nishikori has won 12 of his last 14 matches on clay. 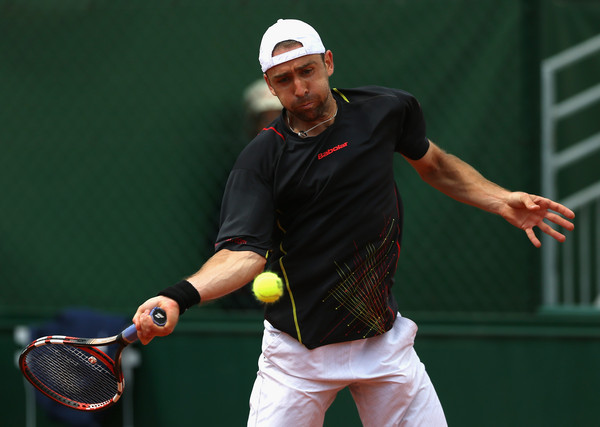 After a torrid five-set victory (6-4, 0-6, 1-6, 7-5, 10-8) against No. 32 seed Fernando Verdasco, Benjamin Becker advanced to the third round of the French Open. Becker has an excellent chance of an upset, especially with his power translating well on clay.

But the German hasn’t done too well on the return. He has won just 13 percent of his return games on clay this whole season. This weakness on the return could come back to haunt him against Nishikori’s powerful and accurate serves.

Becker has lost his past two matches against Nishikori. He’s 4-2 on clay this season.

Nishikori (-4,000) wins in straight sets. Create a betting account now and get in on the second Grand Slam of the season.