Because he sure won’t be playing in the NFL.

A rally was held today in Jacksonville, where he should be hailed as a Saint for his years with the Gators, and the turn-out was something we will never forget.

ESPN’s Adam Schefter was one of the first to report alerting the world about “a group of Jaguars fans holding a rally in EverBank Field parking lot at 3:16 p.m. … to encourage the team to sign Tim Tebow.” While the time picked for the rally may have been peculiar, Tebow coming back to Jacksonville was undoubtedly going to get the support of thousands of Gators fans, his personal cheer leaders and Skip Bayless himself.

Sadly as we can see from this photo below, neither Skipless nor the millions of Tebow groupies, could care less about this event. 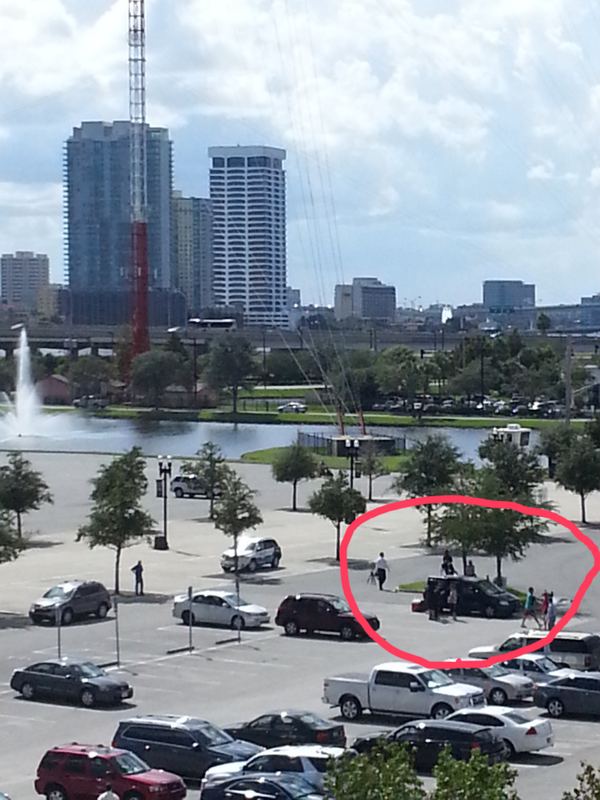 So there we have it, Jaguars owner Shahid Khan can earn the adoration of an extra 2-8 people (depending on who you consider ‘there’) if he dumps future hall of famers like Blaine Gabbert and Chad Henne. He’ll definitely be losing sleep tonight.

The future is bright in Tebow-Land and it may not be from the Florida sun but rather from the glare off the snow piles when Tebow eventually scurries to the great white north in hope of becoming a Tim Horton’s pitchman in the near future. Speculation from the Tebow camp has his leaning towards playing in Alberta due to their strong Christian values or in Montreal where Tebowing has earned him a growing fan base already due to their strip-club circuit having co-opted ‘Tebowing’ as a part of their extra charge services.

Regardless, Canadian Football League fans will welcome Tim Tebow with open arms as long as he always includes a French translation of each scripture he writes on his eyeblack.

Devils of the Arena Football League Promise to Coddle Tebow

Assuming Timmy can’t get his visa approved to Canada due to the religious oppression written into the Quebec Values Charter, then the devils in black, AKA KISS, have welcomed the chosen one to play in LA. While their motives appear alarming, this band of devils have promised Tim Tebow the respect “that he didn’t receive in the NFL.” Former KISS member Bill Belichick added “he will give himself to the Dark Side, but not if it costs me a win against that asshole Rex Ryan.”

Speculation is they may convert him into an opening act for their next tour. Stay tuned for further news or details on the forthcoming exorcism if he does accept this deal.

NFL Fantasy Leagues in Turmoil due to Tebow-Watch 2013

While everyone has focused on the dreams of Tebow to be an NFL quarterback, NFL fantasy owners around the world feel left behind and outcasts. Their very own hopes of not coming in last in their respective leagues appear dashed as their sleeper pick of Tebow in the 8th round has backfired. They’re asking we hold a moment of silence and that Peyton Manning owners everywhere donate 5 fantasy points each in support of their plight.