The UFC has come a long way in just over 20 years of existence. From humble beginnings, it has now cemented its status as the premier MMA organization in the world. The UFC’s rise has been in large part because of a superior product. It has promoted some of the very best MMA fighters, who have taken part in a host of amazing fights over the years.

Let’s take a look at the 10 fights that stand out among the others as the very best ones in UFC history. And for more great countdowns, don’t forget to check out our list of the 10 Greatest Underdog Sports Stories of All-Time.

The eventual coming together of UFC champion Liddell and PRIDE champion Silva, albeit a few years too late, was still a dream come true for hardcore MMA fans. After feeling each other out for the first few moments, the two incredibly heavy hitters exchanged trademark blows for most of their 15-minute match. “The Iceman” Liddell came away victorious over “The Axe Murderer” via unanimous decision. 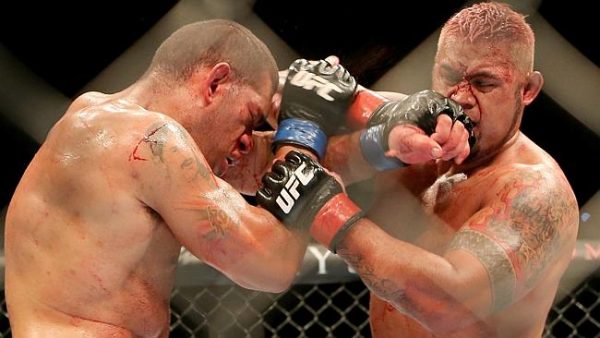 Sanchez has been in his share of barn burners – Sanchez vs. Gilbert Melendez springs to mind – but his best fight was against Clay Guida. The two lightweights were like men possessed to start, exchanging blows at an incredible rate on the feet. The fight eventually went to the mat, which was just as grueling. In the end, “The Nightmare” Sanchez got the deserved split decision victory.

Hunt vs. “Bigfoot” Silva I is the most entertaining heavyweight battle in UFC history. The two gigantic men spent five rounds and the full 25 minutes trading haymakers that in the end, both of their bodies were covered in crimson. There was so little between the two throughout their fight, and the judges agreed. The fight was scored a majority draw, one of the few times in MMA history that a draw was considered the right result.

Hughes was one of the UFC’s great champions in its early years, and he showed the heart of a champion in his unforgettable second fight with Frank Trigg. Hughes was caught with a knee to the groin, which allowed Trigg to almost end the fight with a rear-naked choke. But instead of submitting, Hughes escapes, carries Trigg up across the cage and slams him hard on the canvas. He would go on to submit Trigg and retain his welterweight crown.

Silva was the most dominant fighter in all of MMA in 2010, but it looked like he finally met his match with Sonnen. The American wrestler was backing up all his pre-fight trash talk as his takedowns neutralized Silva’s prodigious striking ability. Sonnen was two minutes away from arguably the greatest upset in the sport’s history, until “The Spider” caught him with an arm triangle and got the improbable submission win to retain his middleweight title. 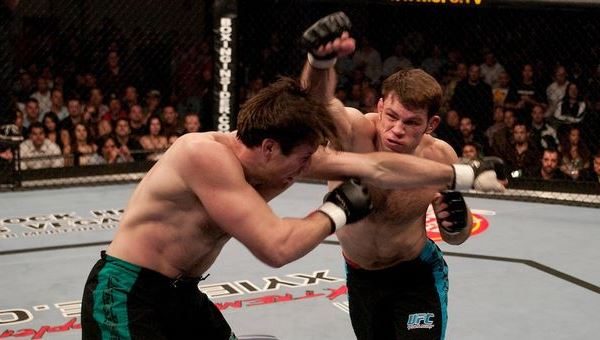 Griffin-Bonnar might not be the best fight in UFC history, but it’s the most important one for sure. Griffin and Bonnar put on an incredible back-and-forth three-round brawl in the Ultimate Fighter Season 1 Finale, one that would put the UFC and MMA on the mainstream map. That fight would also be the reason why both would be enshrined in the UFC’s Hall of Fame.

The last two fights of the Edgar-Maynard trilogy were as good as it gets in the UFC. Both times, “The Bully” had Edgar rocked and on the cusp of getting stopped early. However, both times “The Answer” found a way back. He could only force a draw in their rematch, but in rubber match, he finally sealed the deal and knocked Maynard out to retain his lightweight belt.

The welterweight title bout between Lawler and MacDonald was an absolute war. The two warriors went back-and-forth for four-plus rounds, with neither man backing down despite getting absolutely battered and bloodied. MacDonald’s nose was shattered to pieces, while Lawler’s lip was split in two. But in the end, MacDonald finally succumbed to the pain and punishment and crumpled to the canvas in the fifth as Lawler retained his title via TKO.

Jon Jones could very well go down as the greatest MMA fighter in history, and Alexander Gustafsson gave him hands down the toughest – and best – fight of his career to date. The lanky Swede took everything the long-reigning light-heavyweight champion could throw at him in their title bout, and dished off some hard shots himself. He even took Jones down for the first time in his career.

Gustafsson’s valiant effort wasn’t enough to sway the judges, who still scored a unanimous decision win in Jones’ favor, but he did gain the respect of many by pushing the greatest light-heavyweight in UFC history further than anyone ever has. 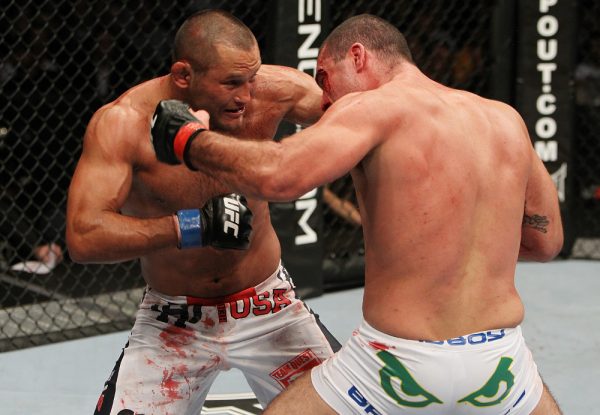 Sure, it didn’t have a title on the line like other fights on this list, but Shogun-Hendo I is still the best 25 minutes in UFC history. The wild swings and punches from the two MMA greats delivered equally wild swings in momentum, which made for captivating action. It was a minor miracle that Shogun survived Henderson’s “H-Bomb” early in the fight, and even more incredible that he was able to dominate the last two rounds.

It wasn’t quite enough to swing the decision, which went Hendo’s way, but the real winners were the fans who got to witness the very best of the UFC.

Create a betting account now and put some money on the all marquee fights the UFC has to offer.