For the past two years, the Miami Heat has been the best team in basketball and a model franchise. When a team has made the playoffs 17 out of the 25 years in their NBA tenure, it shows that this team is a successful franchise and a franchise that has already established a winning tradition.

Part of the reason of their franchise success is the fact that they only had six coaches in its history.

Check that: Six coaches in 25 years!

Top 5 (out of six) Head coaches in Miami Heat history:

The only reason he is number five because he was the Heat’s first-ever head coach, so he was coaching an expansion team that have struggled a lot from the start. He did not have much to work with as his best player was by a young man named Rony Seikaly.

After three years, he was relieved from his duties. But he stayed around the game after, jumping around leagues as head coach and assistant coach. In 2004, the Heat brought him back as an assistant coach, where he still currently is up to this day. 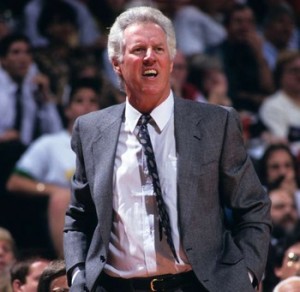 The coach who replaced Rothstien had a successful first season. He led the Heat to its first-ever playoff appearance in 1992 with a roster that includes Seikaly, Glen Rice and Steve Smith. He would also coach the team to a playoff berth again in 1994.

Unfortunately, Loughery was fired in the middle of the 1995 season after the team went in a roster overhaul and ownership change. After three-and-half-years of coaching, he will be remembered for making Miami a good place for basketball.

Stan van Gundy is a brilliant head coach and teacher of the game. After spending twelve years as an assistant coach in Miami, he got his first break in 2003.

He took over a team that only had 25 wins the season before. Fortunately for him, the team was a young squad on the rise with Caron Butler, Lamar Odom, undrafted rookie Udonis Haslem and a rookie by the name of Dwyane Wade. He led them to an electrifying playoff run that was ended in a second-round loss to Indiana.

The next year, he led the team to the East best record with the help from the acquisition of future Hall-of-Famer Shaquille O’Neal. Unfortunately, the Heat fell one game away from a Finals berth, losing a disappointing Game 7 at home.

The next year, he resigned as head coach after inconsistent play. He exited in the middle of what would be a championship season in Miami.

From a video editor to a championship coach, Erik Spoelstra had been through a lot to be where he is.

The current Heat head coach has handled himself and his team very well, despite being on the hot seat more often than usual. That’s what you get when you’re coaching LeBron James, Wade and Chris Bosh.

He has not yet missed a postseason and is now responsible for the greatest regular season in Heat history last year, with the 27-game winning streak and back-to-back titles.

As long as he is winning, he will always have the back of the greatest coach in Heat history.

Van Gundy and Spoelstra went on to become good head coaches in the NBA, after learning under the tutelage of legendary head coach, Pat Riley.

Riley is one of the greatest head coaches of all-time. Before joining Miami in 1995 as team president and head coach, he already has four NBA championships with the “Showtime” Lakers in the 80s and experienced great success with the physical Knicks in the 90s. After quitting his job in New York, he then coached and made personnel moves for the Heat from 1995 to 2003, leading them to the playoffs six times as a powerhouse team with Tim Hardaway and Alonzo Mourning.

He stepped down as head coach in 2003, but was back in the middle of the 2005 season to lead the Heat to its first-ever championship. He stepped down again in 2008 to focus on being an executive and he is considered one of the best executives in the NBA, getting the “Big 3” and many veteran players on a bargain while creating the Heat to be title favorites for many years.

Bet on the Miami Heat at Top Bet Sportsbook.