The MLB Postseason is finally here.

Baseball presents the Wild-card rounds and the League Divisional Series this week and Top Bet has them all available for your sports betting experience. Plus, NFL enters Week 5 with a schedule chalked-full of exciting games while college football will feature two Top-25 teams going head-to-head.

Top-5 most exciting games to bet on this week:

The Cleveland Indians raced through September with the best record in the major leagues, including a 10-game winning streak to close out the regular season. Their reward for that finish is hosting the Tampa Bay Rays in a one-game American League wild card playoff on Wednesday for the right to play the top-seeded Boston Red Sox in the Division Series. The Rays earned their entry Monday by winning 5-2 at Texas in a one-game tiebreaker.

Entering the postseason, the Rays are 9-2 in their last 11 overall. Of course, the Indians are on a 10-game winning streak. Which team will continue their hot stretch en route to a trip to Boston?

Bet now on Rays vs. Indians.

The Oakland Athletics will open their divisional series against the Detroit Tigers. On paper, these two teams are polar opposites, as the A’s are a relatively unheralded group while the Tigers are loaded with star power. [sc:MLB240banner ]

This is a rematch of their divisional series last year where the Tigers won. Will it be the same story? Bet now on A’s and Tigers here.

The Atlanta Braves have the best home record in the majors at 56-25 and a well-balanced combination of offense and defense. The Los Angeles Dodgers used their hot July (19-6) and August (23-6) to make it to this point. They have perhaps the best starting pitching rotation in baseball, led by Cy Young Award candidate Clayton Kershaw.

The Braves won the season series, 5-2, but they last played on June 9th, meaning they have not faced this current version of the Dodgers. Who will come out on top? Bet now on which of the the Braves and the Dodgers will win the series here. 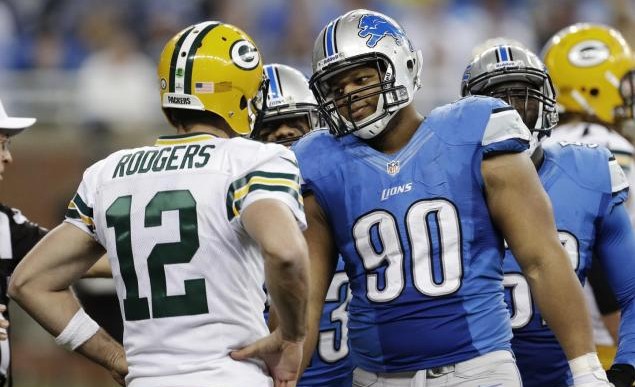 The Detroit Lions are now leading the NFC North thanks to a stifling defense and a versatile offense. Meanwhile, the Green Bay Packers are in third-place in the division because of their iffy defense, despite having an explosive offense.

In a season in which the Lions have already beat the Washington jinx, winning there for the first time ever, maybe Lambeau Field is next. The last time they won there was December 15, 1991 — a streak of 21 straight losses. The Lions have come close in the past three, decided by seven, four and two points respectively.

The Packers, meanwhile, had extra time to rest after their bye and are getting healthier, with running back Eddie Lacy and safety Morgan Burnett expected to play.

Despite being opposite in the division standings, the Packers are favored by 7 points on the spread against the Lions, where they are 4-0 ATS in their last 4 meetings. But these are not the same Lions, currently 4-1 ATS in their last 5 games.

Both teams are undefeated right now with Ohio State at 5-0 SU and Northwestern at 4-0. The Wildcats are coming off their bye week after beating Maine, 35-21. The Buckeyes got another win against a Big Ten team after dispatching Wisconsin, 31-24.

Ohio State has won 28 of the last 29 meetings and are riding a nation-best 17-game winning streak. But Northwestern will try to break the trend and go for a historic win. They’re on the verge of starting 5-0 in two straight seasons for the first time since 1904-05.

With so much in store for the entire week, there’s no reason to miss out on all the great action. Visit the Top Bet sportsbook and place your bets now.