It’s Week 3 of the 2015 NCAA Football season and the best teams are already heating up, and so are this year’s Heisman Trophy candidates. No. 3 TCU’s starting quarterback and Heisman Trophy favorite Trevone Boykin shook off a slow start to explode in Week 2. But he has some stiff competition with the rest of the pack also putting on excellent performances.

Read on as we take a look at the brightest stars of college football. Catch them all in action with our best games to watch in Week 3 of the 2015 NCAA Season headlined by a big-time matchup in No. 17 Ole Miss vs. No. 2 Alabama.

[sc:NCAA240banner ]There’s the Trevone Boykin we got to know and love in his breakout 2014 season. Boykin was in his Heisman Trophy contender form in Week 2 of the 2015 college football season, leading the TCU Horned Frogs to a 70-7 victory over Stephen F. Austin. He passed for 285 yards and four touchdowns before exiting the game in the third quarter.

Boykin faces another sketchy defense, SMU, in Week 3. Expect his numbers to blow through the roof to strengthen his Heisman Trophy bid as the +700 favorite. 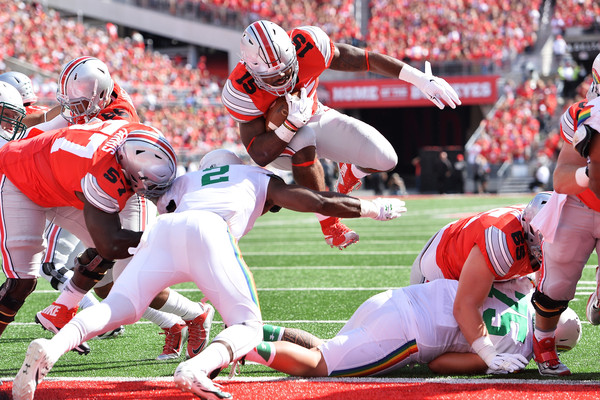 As mentioned earlier, Jones was mostly a non-factor in Week 2 against Hawaii. That’s because running back Ezekiel Elliott had a stellar game on the ground. Elliott managed to rush for 101 yards and three scores to torch visiting Hawaii. Elliott has now rushed for seven-straight 100-yard games, including three 200-yarders in leading the Buckeyes to the national championship last season.

If Elliott continues to rumble past his opponents, then he’ll be a nice pick at +800 to win the Heisman Trophy. 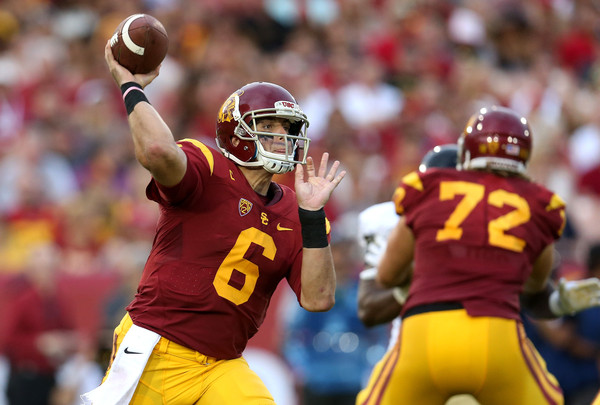 Who can stop Cody Kessler? No. 6 USC’s quarterback has thrown for 650 yards and the third-most touchdowns in the FBS this season. His 215.3 passer efficiency is second only to Ole Miss quarterback Chad Kelly.

Kessler had a crazy game in Week 2, throwing for 410 yards and three touchdowns against Idaho. He has a huge test ahead of him against the stellar defense of Stanford. If he can get past that, then Kessler should make an even stronger case for the Heisman Trophy. He’s +800 to win this year’s award. 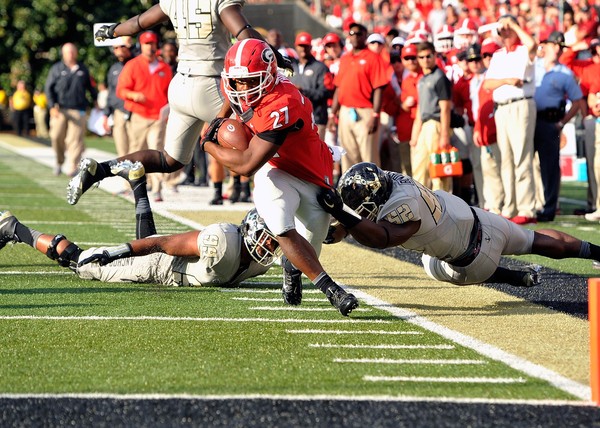 Nick Chubb (+800) is just getting started in racking up rushing yards for the No. 7 Georgia Bulldogs. The sophomore running back was in fine form in Week 2 against Vanderbilt. He tacked on 189 yards, rushing for almost 10 yards per carry. Chubb is excellent and all, but what would drive his stock even further would be his performance against Alabama on October 3.

The Alabama Crimson Tide don’t seem to be missing running back T.J. Yeldon that much. They’re doing pretty fine with Derrick Henry (+800) leading the way. As Alabama’s premier running back, Henry now has six touchdowns, scoring three in each of his two games this season. He needs five more to tie his career-high 11 touchdowns in 2014.

Create a betting account now and get your college futures bets going as the NCAA season heats up.